Home/ Tattoo On Her Face Completed 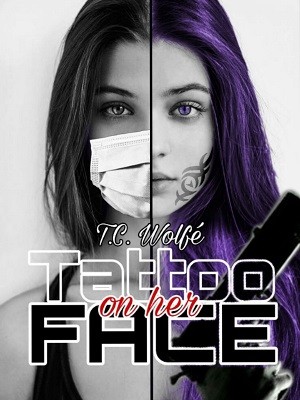 Tattoo On Her Face

Isla: A missing child who had been presumed dead for several years. Is she, however, truly dead? Tricia: An heiress and the daughter of a powerful Empire businessman. Was that life, however, truly meant for her? Violet: An Assassin’s Guild Founder and the reigning Queen of the Underground City. Is she, however, worthy of that title? All three distinct identities converge on a single fate. What if the enigmatic cold assassin and mafia heir named Seth happens to cross her path? Will Seth be able to figure out what she's trying to hide? Or will she reveal herself alongside him? Upon her sister’s death, she blamed herself for it. That she changed her identity in order to start a new life. She worked so hard to earn what she had right now. She became strong, powerful, feared, and respected. After many years have passed. What if a ghost from her past comes back to haunt her? What if the things she ought to believe isn't what they really are? Will she be able to deal with it? What if the people she's grown to love and care for have secrets of their own? Will she be able to accept it? Will it get easier for her in the long run? Or else fate will make things even more difficult for her. She had always wished to live a normal life, but that wish seemed to exist only in her imagination. For she is, after all, the girl with the TATTOO ON HER FACE.

It's three o'clock in the afternoon, and the twins, Isla and Luzy, are playing at the park with their 12-year-old friend Win-Win. People rarely visit this area because it is located in a secluded place in the city and has been worn down by the seasons. The reason why this location had been neglected.

They chose to play in this area because, aside from the fact that it is rarely visited by people. They are also concerned about Luzy's health. She had a skin disease and asthma, so she always wore a surgical mask. They also wanted to keep Luzy away from prying eyes due to her unusual skin color.

The trio were so engrossed in their house game that they didn't notice the stranger who approached them. The man in his mid-thirties was dressed in a black leather jacket and denim pants and had a tribal tattoo on his left cheek.

“What are you doing here, children? Shouldn't you be playing at the other park with other kids your age?” The stranger said as he knelt down to them. To be fair, the man could have been attractive; he's tall, with a cream-colored complexion, a fine nose, and pinkish lips; and the tattoo on his face added some spice to his appearance. The only thing that detracts from his beauty is the unmistakable huge scary scar that runs across his forehead.

“We didn't like it there. They're bullying and keep picking on Luzy.” Win-win answered the stranger.

"Win-win! Don't talk to him! He's a stranger and don't you remember what my mommy said? Don’t talk to strangers?! Look at him! He looks so scary!" Isla peevishly scolded Win-win while holding the hem of his shirt.

Someone from afar is watching them intently, unnoticed. Waiting for the right moment to take the children.

“Look at what we've got here. How fortunate to see you here, Dragon.” says a beefy man with an eye patch to his right that appeared out of nowhere. He is armed with high-caliber guns.

“Your name is Dragon?” It was Luzy who spoke up this time. Her tiny voice was tinged with fear. Isla and Win-Win were becoming concerned with presence of the new comer who’s armed with gun.

Dragon stands up and looks Henna in the eyes, emotionless. Over fifty armed men dressed in black suits came out from hiding. Surrounding them.

Win-win as the oldest, hug the twin who starts to tremble in fear.

“What do you want? I've already left the mafia and everything behind. You have nothing to gain from me.” Dragon speaks to them in a cold, icy tone.

Henny burst out laughing as he spoke, "You think we want you? Tsk. Tsk. Tsk.” Dragon's brow furrows, not understanding what Henna is up to.

Henna smirked and moved closer to Dragon, whispering in his ear.

"We're taking these kids you're with."