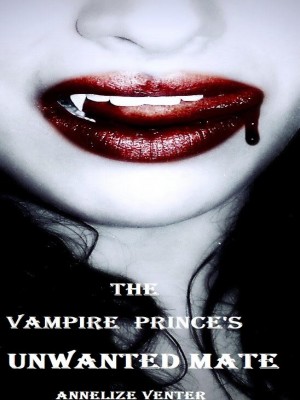 "Fire in the game" Is a gripping story about a determination to survive against all odds in which Rachel Cole, a budding young chef, finds herself tangled up in. When tradegy befalls Rachel's family, because of a car accident, she helps out financially as her brother was badly wounded. To top it all off, not only is the leader of the vampires, Dante Voss pursuing her for being a carrier...but also the werewolves, relentless enemies of the vampires, wish to end her. Will Rachel crumble under it all ,or will she fight for her survival? Will there blossom romance on this endearing supernatural adventure? One can only wonder in this ring of fire...

Chatter and laughter rang out in the car the mood joyous as the people in the car were celebrating. Talking on the way home they stopped at the Red light. The streets were empty as it was early morning.

When the light changed to green the car started moving crossing the road.

From the impact, the car was lifted in the air and rolled a few times before it came to a standstill. The windows were broken glass shattered everywhere.  The driver has slammed his head against the window from the impact. The people in the car were unmoving. The others in the second car jumped out rushing to aid.

The police and the ambulance came people were being taken out of the cars on stretches the blue and red lights flashing people rushing to get them to a hospital.

She stood there tears streaming down her face a lonely figure invisible to others.  She tried to stop them warn them. But they couldn’t hear her or see her.  She had to watch the accident happen all over again.  She was powerless to stop it every time.

Chapter One - The Club

I woke up with a start my heart beating fast beads of sweat on my forehead. I cover my eyes with my arm taking deep breaths to calm down. I had a nightmare again.

I get up and go to my bathroom removing my sticky pj’s and get in the shower I stand under the cold water for a bit gathering my thoughts. Feeling refreshed after the shower I walk to my closet and get my work uniform I get dressed tie my hair up and head downstairs. The smell of breakfast hits my nose as I walk into the kitchen. My mum is making bacon, eggs, toast, fried tomato, and sausages.

“Good morning Mum” I greet my mother as I go and get myself some coffee. I can’t do mornings without a cup of coffee first. “Morning sweetie slept well? Can you set the table for me and call your father and brother?” “Sure mum” I take out the plates and set the table with glasses and cups. I get out the orange juice and place a jug on the table. I walk to my brother’s room and call him and my father for breakfast. Afterward, me and my mother head to work.

Later that night …  She hits me with an uppercut then a jab, I block, block and finish with a roundhouse kick to her abdomen ending the fight. I stand up straight catching my breath. My opponent tonight was tough.

I leave the ring and go to fetch my earnings. Rex is the manager of this underground fight club, Also an acquaintance he has sandy blond hair and blue eyes, he’s about a head taller than me and muscular. He’s a kickboxer at my father’s gym. “Good you won your match, I was a bit worried there for a second.” He peers at my face I shove him away. “yeah, she was good. Almost had me there”. I can already feel my ribs starting to ache. “let’s go get a drink at the bar.”

I follow him and take a seat. Could I have a beer please. “how’re things at home?”.

Home the reason I partake in fighting for money, because of what happened six months ago

: Lee scrolls in my office and goes straight to the window. “Dante, come look what’s at the bar. Is that not the little fighter that has caught your attention.” Looks like she is here again. I go to the window and spot her sitting next to one of my managers Rex.

I call Clark to me. “Get me all information on her, I want to know everything.” Clark gives a small bow “yes Sir.” I turn my gaze back on her.

: There it is again the feeling of being watched. I turn around in my seat and look around but I don’t see anyone staring at me, Yet I still feel an intense gaze on me. “what is it, Rachel?” I turn back and look at Rex “nothing probably just my imagination.” I finish my beer and stand up getting ready to leave. I’m going to head home I have work tomorrow.”

I’m a chef in my mother’s restaurant.

“ok ill text you when I’ve got you another fight, See you around.”

The underground club Craving has a bar on the one side, tables, and couches spread around, a dance floor, with a VIP section upstairs and the boss’s office, and then a level below the fighting arena’s.

There are also different matches you can partake in. you can fight with or without weapons. You can fight to just harm and knock your opponent out, and then there are the deathmatches. I just fight in the knock-out matches.

The owner of the club is the prince of the underworld Dante Voss, He is also the CEO of Voss Corporation. Very powerful and quite mysterious, I heard he is super handsome with white hair and dark golden eyes.

I step out into the night and head to my car, Mother will probably be upset again when she finds out I came back to the club. But we need money for all the bills and treatments, With everything going on we are barely staying afloat.

My brother’s dreams were crushed in one night. The medical aid couldn’t cover all the expenses and treatments. That is why I fight to earn money to help out since my salary is not enough.

My father couldn’t handle what happened to Ryan. Since then he lost motivation to train others, then our club started losing members-only his loyal members stayed, but we still took a massive loss to income. Mother’s restaurant is small and with that income, we have been coping and I also have my student loan to pay off for my chef studies.

So when Rex mentions the underworld fight club where I can earn money with fighting I took the opportunity.

I reach home its already midnight the house dark, As I get inside and turn on the light my mother is waiting for me.