Home/ Trash Luka Reborn Anew Ongoing
I was reborn on the day my wife and daughter died in the fire. 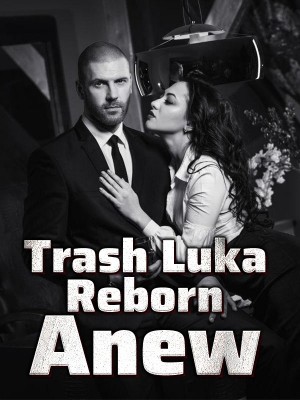 "Am I... still alive..." Luka woke up slowly as if he just had a long dream. In this dream, he had just gone through a complete and fulfilled life. Sadly, the catch was that he only found out that he had terminal cancer when he was eighty years old. At the moment of his death, he saw himself, and all his relatives who were crying beside him. Then, there was a flash of white light. And there he was, standing in front of a door.  When Luka entered the door, he found he was reborn on the day his wife and daughter both died in the fire. God gives him a chance to stop them! In this way, Luka started his business empire and happy life.

About
Table of Contents
Comments (24)

Luka woke up slowly as if he just had a long dream.

In this dream, he had just gone through a complete and fulfilled life. Sadly, the catch was that he only found out that he had terminal cancer when he was eighty years old.

At the moment of his death, he saw himself, and all his relatives who were crying beside him.

Then, there was a flash of white light. And there he was, standing in front of a door.

He felt like he was in a different world. Everything was like a dream, but he knew very well that a dream couldn't be so clear.

He could recall what had happened up to every minute and second.

Every moment up until now. He was sure that he had been reborn.

The door in front of him was the door of the hovel he had lived in before!

As he looked at the door, the hand holding the key trembled slightly. The door was quite old, so it let out a tremendous creak as it swung open.

The first thing he saw was his daughter, Iris Miller, sitting on the floor playing with a broken plastic toy train!

She had just turned four, but compared with her peers, she was much smaller and looked rather thin.

The moment he saw Iris, tears soaked into his eyes.

He really didn't expect to see his daughter again.

His wife and daughter all died in the fire, which was an indelible pain for him. No matter how hard he worked or how much money he earned, that scar would never heal.

Seeing him, she immediately got up from the ground happily and hugged his leg.

Looking at his thin daughter, he felt unbearable sore inside, especially when he saw the shoddy hand-me-downs on her little body.

Kids of her age had ruddy cheeks and fat, plump bodies. But her face instead was gaunt and slightly yellow.

All because of the lack of nutrition!

Squatting down, Luka held his daughter in his arms tightly, tears streaming down his cheeks.

To a man who would go on to create various miracles in businesses to come, these tears were shameful.

However, he couldn't stop.

Iris didn't know what her father had been through, but she comforted him in a very soft voice, "Daddy, be good. Don't cry."

His tears exploded into a torrent when he heard his daughter's lovely voice.

"Daddy, I'm not going to school anymore. Don't cry, okay?" she comforted, leaning against his head.

Even if it was said that children's words were harmless, he felt like he had been struck by lightning.

Because he was well aware of how much of a scoundrel he had been back then.

He drank and gambled all day. When he lost everything, he would ask his wife for money. If he didn't, he would go mad.

On the day before the fire, his wife wanted to let Iris go to kindergarten, but he said that studying was a waste of money.

As a result, the couple had a big fight.

Iris was only four years old, but she was much more sensible than her peers. Although she envied that all other children could go to school, she knew that Mommy and Daddy quarreled because they needed to pay money for school.

So even though she really wanted to go, she kept silent because she didn't want her parents to get into an argument because of her.

For a four-year-old child to do this, it was commendable.

Wiping away the tears on his face, he picked up his daughter. "I promise you that I'll work hard to make money. I'll take you to kindergarten tomorrow, okay?"

"Really?" At once, her eyes shone like diamonds. But soon enough, her forehead creased into a concerned frown, "But, but we don't have money! I don't want you and mommy to fight."

"It's all right, Iris. I won't quarrel with mom anymore," he promised solemnly.

Hearing that, she tilted her little head in disbelief. Then she kissed him on the face hard.

Suddenly, the door opened. When he saw the person who came in, his body could not help but tremble slightly.

The woman standing at the door had shoulder-length hair. She was in professional clothes and looked very capable and energetic.

It can be said that she was good-looking, especially her nose and her eyes, which somehow made her features pop out against the fair skin of her face.

Of course, the only flaw in her features was her haughty and rather cold expression, which somewhat ruined the beauty of her looks.

She was Luka's wife, Emilia Clark!

And also the culprit who set fire to the family house!

However, he had never hated her!

Back then, he saw mother and daughter hugging tightly in the raging inferno, a memory that haunted him to the end of his days.

Many times, he thought how deep was her despair and hatred of him until she finally chose to commit suicide to end her life.

At this moment, she was holding a bag in her hand that wafted the smell of something delicious.

He could easily guess that they were the roast ducks that his daughter had been longing for.

Even if it was only 80 per piece, his daughter had only eaten it once in her entire life.

In Emilia's pocket was a lighter she had prepared. The gasoline was ready and stored in the kitchen cabinet.

When Iris smelled the fragrance, she immediately broke free from Luka's arms and rushed to Emilia. "Mommy, what's this?"

"Isn't this the roast duck that you've always wanted to eat?" A smile specially reserved for her daughter appeared on Emilia's face.

But even so, this smile was rather forced.

"Daddy, look! Mommy bought a roast duck." Iris turned around and shouted at Luka with joy.

He came over and looked at his living wife. In a flash, he wanted to hold her and tell her how much he missed her.

But when he saw the disgust in Emilia's eyes, his heart felt bitter.

A long time ago, they had begun to sleep in separate rooms.

After all, he used to come back drunk every day and was prone to lashing out.

Emilia didn't want that to affect her daughter.

Iris took the roast duck from Emilia with a smile on her face. "Mommy, thank you for working so hard for us."

The more sensible and lovely her daughter was, the more upset Emilia felt.

Because she knew how cruel it was what she would soon do!

After putting the roast duck on the table, Iris suddenly turned to Emilia. "Mommy, daddy said that he would send me to kindergarten tomorrow."

Looking at her happy daughter, Emilia's eyes flashed with anger. "Do you think it's funny to lie to a child?"

Every time they quarreled, it was mostly because of money!

Because in the past, he always said that tomorrow would make it all better. But as soon as tomorrow came, he was the one who changed.

Even if it was just a trip to the amusement park, he had already broken that promise countless times.

In Emilia's heart, Luka had no credibility at all.

She wasn't only disappointed, she was desperate!

But Luka did not argue about this matter this time. "Let's have oatmeal tonight. It'll just take a little longer."

He knew that Emilia's stomach was not good, and oatmeal was easy on the stomach.