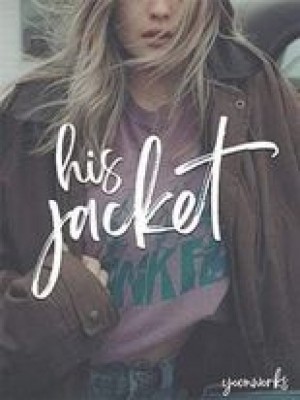 When a member of ROY4L, one of the world's most famous girl groups ended performing in front of millions of fans with the wrong jacket... The problem is, the jacket she accidentally wore is owned by none other than, the youngest member of the most famous boyband in the world. When an innocent mistake started all the interaction that leads to a fun, messy yet worth it ride. All because of a Jacket.

"Synn, make sure to be back in an hour, okay? Or head straight to the dressing room where we'll transfer," I heard our manager stated which I just returned with a cheeky smile.

"Okay, manager, I love you!" I exclaimed, the natural sweetness in my voice, as what they always say, coming out making her laugh a little.

"I swear to God if you aren't so adorable I won't even allow you to go out. You are about to perform in less than two hours," she shook her head as she turned her attention back to my other members who are all sitting still while they get their face dolled up.

"Hey, Synncinati Richards, don't go around making some trouble, okay?" I heard Snow screaming which I responded with a loud giggle before finally going out of the room.

With a black cap and face mask, I swiftly strode around the vicinity trying to hide myself and blend in with the staff who usually go around the area. It's common for a staff of every company to also wear a mask as long as you're wearing an id for the distinction which I am.

Some of our staffs let me borrow their id as I usually do this before awards. I roam around the area and watch people as they do their kinds of stuff.

It's not something I just do for fun but it kind of helps me calm down. I got too much energy inside me like it's about to burst, I need something to keep everything intact. Honestly, it was Aki who suggested that I do after I accidentally broke one of the makeup kit inside our dressing room as I try to calm my nerves. Now, it becomes a habit.

Even my boss told me it's fine as long as I make sure to be safe.

At first, I just roam around the place wasting a little time as I try to get fresh air. Until I started paying attention to my surroundings and even mingle with a few people too.

I watch our fans and even the fans of other stars. I listen to their cute and adorable conversations and even found myself watching when some gets into a little fight.

As much as I wanted to stop them, to tell them how thankful we are that they support us, we'll all get into a lot of trouble if I reveal myself.

Of course, there were moments when a fan somehow recognizes me but I make sure not to linger too much until fact hit them straight to the face.

I've seen a lot of secrets too, some that I will make sure to keep to myself. My fingers probably weren't enough if I'd to count the number I saw idols secretly meeting.

If I open my mouth or it gets slipped, I'd pretty much ruin a lot of idol's career.

But I won't. It's their life. They date secretly because they will be condemned and judged by the harsh society. And who am I to do that to them?

It's not rare that some fans turn their backs on their idols once they date. And I hate that. As a member of ROY4L, a four-member girl group, living a comfortable life wasn't easy.

Why can't one love without being restricted? But I chose this. I chose this dream so I have to deal with it. Things won't be different just because I am starting to act like a whiny bitch. What I should be, is a grateful idol who's lucky to find some people to love me even with my imperfections.

Those thoughts are what I always put in mind, that even though there are things that are painful, that is hurting, that I don't want to see, I shut my mouth - we shut our mouths.

There are moments when I felt apologetic not only to my members but to other idols as well when they get bashed because of me. And I know they feel the same too.

I and the girls had talked about it. Sometimes, you can't help but feel hurt when you read mean comments directed to your members and that's because the said fan loves you. And they feel the same if it's their fan and I get to be the receiving end of the hate.

It hurts that sometimes, we feel awkward with each other because of it. We love each other, treat everyone as a sister. But we also love our fans and we're thankful. Besides, not all fans are like that. And almost every fandom has this problem.

Liking only one artist from one group is fine but I hope nobody gets hurt at the expense of loving only one person. I just wish a day will come that nobody will ever get hurt.

But that's impossible, isn't it?

Turning into a corner, I noticed that there are too many people in the hallway and a few reporters too. Without hesitating, I pushed the door towards the fire exit.

It wasn't two steps when I heard the sound of two people talking.

"Didn't I tell you not to talk with him?" I heard the voice of a guy.

I stopped from my tracks, my body stiffened a little. The guy's voice sounded harsh and I wasn't sure if I like it.

His voice sounded familiar though...

"Are you really going to ignore everything I tell you? ," I heard him again and I didn't know if it was curiosity that whispered within me but I started walking once again, my steps lighter, careful enough not to make any sound.

"Gold, we've talked about this,"

I stopped once again when I heard the girl talk.

No doubt, it was her.

And did she say Gold? Like Gold from PERSONA? If he's who I think he is, he's one famous senior in the industry. He's so famous almost everyone alive probably knows his name. They won multiple awards from prestigious awarding bodies, had broken multiple world records, and have like, half of the population of the whole world as their fans. He's untouchable.