Home/ His Spoiled Wife Ongoing
How could my one-night stand be a super-rich man? And he begged me to marry him! 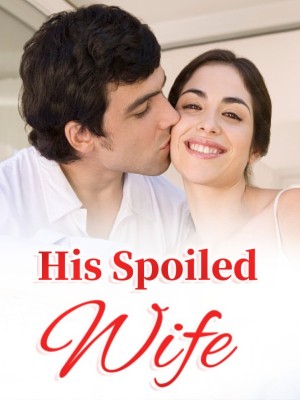 Chu Cha was going to have a wonderful night with her boyfriend, but she didn't expect to get laid with a stranger! Not only that, but she was treated like a call girl! To make matters worse, her boyfriend cheated with her half-sister, and her family even wanted to marry her to an old man for money! Chu Cha fled in a hurry, fell unconscious on the road, and met her one-night stand again. He personally carried her who was covered in mud into his car and took her home. He had a cleanliness addiction, but he did not resist contact with her in the slightest. When she woke up the next day, a marriage agreement was in front of her. She was heartbroken, and she simply signed the agreement. But she was shocked when she saw his signature. Her husband, the one-night-stand who took her first time, was actually the most mysterious, rich and noble man, Li Shenxing!

"Tonight, I want to give you a big surprise!"

The summer nights in Jing City were intoxicating and charming. Chu Cha stood at the door of the hotel suite, nervously heaving a sigh.

She came to see her boyfriend, who she had been dating for five years, but in a long-distance relationship for the past three years.

Qi Yue came back today. He had sent a text message to her, asking her to meet him at the hotel, saying that he wanted to give her a big surprise.

Qi Yue had said that he would propose to her when he returned to the country.

Could it be tonight?

Thinking of this, Chu Cha suppressed her excitement, took out the room card and opened the door. There was no light in the room. Everything was dark in her eyes. Chu Cha blinked and looked around for Qi Yue.

"Qi..." As soon as she opened her mouth, a hot arm reached to her, grabbing her slender waist.

In the next second, her lips were claimed.

The man's hormones strongly attacked Chu Cha's nostrils. She couldn't help but moan and put her arms around his waist.

Was it Qi Yue?

She hadn't seen him for three years, and he seemed to have become much stronger.

Chu Cha was forced to bear the man's fierce attack, purring like a kitten.

They had been together for five years and had been apart from each other for three years, and they had never crossed the line.

But tonight, Chu Cha felt the man's hot desire. She decided to put down her restraint and give herself to him.

Anyway, Qi Yue was about to propose to her. Why shouldn't she enjoy her wedding night earlier?

Thinking of this, she stood on tiptoe and took the initiative to respond to the man's passionate kiss. The man felt the woman's soft and delicate body, which boiled his blood. A sexy low breath came out of his throat.

He picked up the woman and put her on the bed. Then he pressed his vigorous body on hers...

The next morning, Chu Cha woke up in the sunshine.

Her body felt like it had been crushed, and it was difficult for her to even turn over.

Thinking of the hot scene last night, she blushed and turned her head to secretly glance at the man beside her. He had his back to her, and his honey-colored skin shone with a bronze luster in the sunlight, which was super sexy.

Chu Cha was stunned for a moment.

After not seeing each other for three years, Qi Yue's skin seemed to have become much darker.

She suppressed the strange thoughts and went forward to hug the man's slim waist. She snuggled her face on his back, cooing, "Good morning."

Chu Cha didn't receive Qi Yue's sweet response, which she was waiting for, but a cold and heartless growl, "Get lost!"

The man coldly pushed Chu Cha away. She froze on her spot.

Chu Cha was stunned like she had just been struck by lightning, lying rooted to the spot.

The man had already gotten out of bed and put on his bathrobe. He turned around and looked down at her. Against the sunlight, his delicate and chiseled facial features turned into a silhouette. He was as handsome as a god.

With a noble temperament and a strong aura, he looked like a powerful and illustrious king.

Qi Yue was very handsome, but less than one-tenth of the man in front of her!

Chu Cha's heart suddenly sank, and her face turned pale at a speed visible to the naked eye.

Gosh! She had slept with the wrong man!

She quickly covered her chest with the bedsheet and stared at the man with vigilance. "Who are you? Why are you in my boyfriend's room?"

Li Shenxing looked coldly at the flustered woman in front of him.

She had a delicate and pure face, clear and bright almond-shaped eyes, a small nose, and pink, tender lips. At first glance, she looked like an inexperienced girl.

It was undeniable that this woman had an angelic appearance and temperament.

But who was Li Shenxing? He had seen too many women like her who would actively throw herself into his arms and still feign innocent!

He was tired of this little trick. The man skillfully took out the check book and jotted down a string of numbers. Then, he threw the piece of paper to Chu Cha's face.

"Take it and leave immediately."

His tone was cold and emotionless, as if the passionate man last night was just a hallucination of Chu Cha.

Chu Cha picked up the check on the bed and looked at the numbers on it. She burst out laughing.

This man was really generous, but did he treat her as a prostitute???