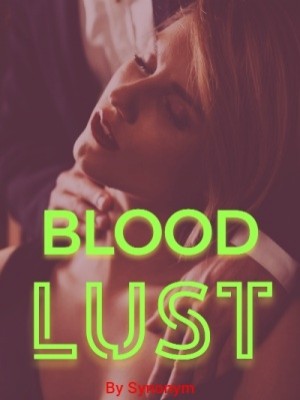 While seeking revenge, dig two graves - one for yourself. ~ Douglas Horton That adrenaline rush which ignite the fiery part of you of wanting to take it all back, to prove your ground and put your enemy in its place, such feeling never die out easily, it only burns you out. Such is to be said about a fallen heiress, forced to live the life of a pauper, ignored by her likes and chastised by society, how did a whole big dream suddenly turns into a nightmare. In just a day, her life is turned upside, who made it all happen? Her savior? What will she do now that she knows? Fight to her very last breathe! To bring justice to her family and most especially her father until the moon turns red, Serena Anderson shall not rest! A bitter-sweet taste of pleasure, betrayal, revenge and lustful desires…… All packed in one.

Wedding bells ringing, the choir singing as they usher in the bride, the whole room packed with high esteemed guests and Serena's family.

Standing before her soon to be husband, the priest on the altar, Serena couldn't help but smile and reminisce the moment that had indeed brought them together. It was no fairytale as her life was in a shabby place when she met him, a club was a more detailed answer if she was indeed asked.

Months ago she had hated how her life had transformed from a princess to a pauper. A single day had changed her entire life forever, her father was in a coma due to a devastating car accident and his company which was her family backbone was wallowing in investors pulling out since the president was incapable of controlling the business, in fact before her family knew it the bank had clamped on them to reclaim the loans owned by their family company.

By the time the day was over they were poor with debts flowing like a river and her father's hospital bills pending. Serena hadn't understood anything that was going on it was just like her life flashed before her eyes, no one she ran to for help were willing it was like as if they had all turned on her and her family.

Serena knew she needed to act fast as immediately she had taken up the role as the head of the family since her mother was still in pain from her husband not recovering.

She was able to find an apartment with the little savings she had left. The next day she worked at a supermarket at day and a waitress in a renowed club at night, there was no hiding the fact that she was desperate and wouldn't mind doing anything to make ends meet.

Her night job had made her feel disgusted as even her friends from high school came to mock her. Serena remembered those times she took a break from work to cry in the toilet, it was hard. Her father would've handled everything if he wasn't depending on life support.

But what changed? How did she end up at the altar with one of NewYork most sort after bachelors? Was it fate or mere luck? Maybe it was due to the incident that occur prior to the day he proposed.

Nothing fancy, Zion had only pitied the girl. He knew her from magazines like the richest and hottest, Glitz and Glamour and Most Trendy , she was at the front cover but not anymore, ever since her family downfall she has become an outcast in the affluent world.

"Show me some love baby" one of the drunk men at the bar she worked at said, smacking her behind. Serena had jerked backwards when she felt the pain, moving away from the man who was willing to pull her to him. "Come on, stop acting like this isn't what you want. How much for a night with you?" Eying her behind.

" I am sorry sir, I am not interested" Serena said shivering, she wanted to walk away but the manager had his eyes on her so she won't add to her streak of plentiful mistakes. Of course she didn't have to deal with this and could will fully walk away but then again she was in need of the money and tonight was payday.

"Then why wear something sexy like this if you are not interested!" The man yelled throwing a fit.

" Sir.... I" Serena could barely mutter a single word when the drunk man throw yet another glass on the floor making it shatter and pierce through the skin of Serena. She cried but not to anyone face but in her.

The manager had come to solve the problem and had sided with the drunk man, he was a paying customer which made him valuable to the bar while she was just someone who every night one bad thing must occur.

Serena had eyed the manager surreptitiously while nursing the injury on her left hand. She hadn't notice when the man yet again attempted to man handle her.

Slapping the hands that was reaching out to grope her, Zion dragged Serena by his almost close to him but she had slightly pushed him away.

With a deep voice yet low and was impossible to hear unless close to him, Zion said, "I thought she already said no"

The drunk had looked up to the tall muscular man that showed a bit of pride with the way he spoke and behave.

"Mind your business punk, she never said she is a damsel in distress" The drunk man reacted, Zion who was already looking angry immediately threw a punch without wasting any much time making two teeth fall right out of the man's mouth.

The drunk man would've retaliated if only Zion's punch hadn't knocked him out to sleep.

Turning to Serena, Zion offered her his napkin so she could wipe off the blood gushing out of her skin.

"You.... You... Get out! Leave, Now!" The manager shouted at her calling for the security to send her out.

Serena sobbed silently as she sat at the bus stop waiting for the next bus which was thirty minutes from now to arrive. Her teary eyes saw as a black convertible pulled up in front of her.

Stepping out of the back seat of the car, she met eyes with the man that stood up for her at the bar which caused her her job.

"Serena..." Zion called her name much to the surprise of Serena as she stared into his eyes.

Questions flooded her head as to how he knew of her name, was it from the bar or did he know her from somewhere either way she was terrified.

Zion had made it easier by introducing himself to her, in that way Serena was relaxed. She took it that he had been one of dad's business partners and when he saw her from afar he knew that had to swoop in and save her from the situation she was in.

As they spoke Zion make her see reason how her part time jobs would be unable to put her family back onboard with so many pending debts it was only a matter of time me before their debtors come for their money.

"Marry me" Zion said without batting a single eye, his question had been so straight forward that Serena began to feel like he was making a mockery of her. "I shall pay off all of your family's debt and arrange for the best doctors to treat your father, this I promise you" he added.

Confusion on the face of Serena as she look to wonder what prompted this stranger to pop the question most girls dream for, right at a bus stop and o someone he barely knows. She had the best answer for him but chose to stay silent as the bus arrives.

She had packed her bag ready to leave when he offered her a card that had a number written on it, precisely a phone number. She took it.

Zion ways was uncultured especially since he knew of the kind of situation Serena was battling with.

For days Serena didn't feel the need to accept a strange man proposal until pressure weighed in on her.

"Serena...." Zion said in a calm voice to snap her back to reality. "The Father is asking if you want to marry me"

" Oh... Of course yes!" She said with much enthusiasm as the whole room erupted with laughter, her cheeks blushed pink as she looked at Zion. Serena knew she didn't have to love this man yet but she was grateful to him for saving her from a whirlpool of overflowing debts and even promising to hire the best doctors for her father.

To her, that was love.

When the church was calm, the father spoke, "Now let's do that again. Miss Anderson, do you take Zion Manchester to be his wife"

" Yes I do" she replied with a smile on her face.