Home/ Only Love You to the Bone Ongoing
The chief wolf ate the little white rabbit nurse... 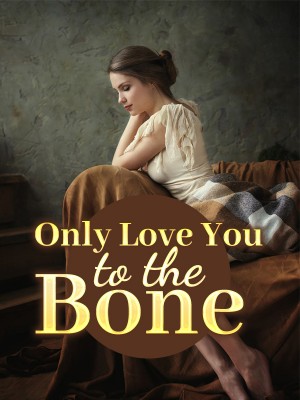 Only Love You to the Bone

He was the handsome and promising chief of the military region, and she was the nurse of Little White Rabbit who was still an intern in the hospital. They met again, and she was on her 18th blind date. He suddenly grabbed her hand and said, "Come with me! If you want to get married, you don't have to go on blind dates anymore. You have a very suitable partner in front of you!" She was very surprised. "Don't tell me that you're talking about yourself?" "Yes." He nodded his head as if he cherished words, with a wicked smile on his lips. Fifteen minutes later, with a red booklet in her hand, she became the wife of the chief minister envied by everyone...

As a result, she arranged a blind date, which had been arranged until today. It was her natural blind date.

As soon as Luo Min stepped into the cafe, he saw a man in a suit with a tie sitting in the pre-arranged location.

She walked over to him, and then stopped politely and asked softly, "Excuse me, is that Mr. Mu?"

"Yes." Luo Yun smiled and then sat down in the opposite seat.

After sitting down, she saw that there was already a cup of orange juice in front of her. She raised her eyebrows and asked, "I wonder how Mr. Mu knew that I like to drink orange juice?"

She was joking. The thing she hated most was to drink orange juice.

Mu Yifan seemed to be a little embarrassed and said with a chuckle, "This is the preferential activity made in the cafe last time. Everyone who wants to order coffee will give him a cup of orange juice."

Hearing this, Luo Min looked in front of him, and sure enough, there was a cup of Blue Mountain coffee placed there.

"So that's how it is." She hooked her lips, and her good feelings for the man in front of her suddenly disappeared.

"I wonder what kind of job Ms. Luo is working in now?"

"I heard that girls who are nurses are very good at taking care of people. If we get married, Ms. Luo must have given our parents a lot of care, right? I don't know what the nurse's job is..."

Luo Min stirred up the orange juice in his cup and, upon hearing his question, raised his head and said, "He's still in the internship."

Mu Yifan's smile on his face suddenly disappeared. "An intern nurse?" After thinking about it, he decided to speak frankly, "Ms. Luo, I'm not afraid to tell you the truth. It's not difficult to find a daughter from a family like ours, but my mother is not in good health, so I want to find a thoughtful wife to take care of people. I think if we get married, you can resign from your current job and stay at home to take care of..."

"Tinkling..." Luo Min looked at his bag and then smiled apologetically. "Excuse me, I'll take a call." After that, he pressed the answer button. "Hello?"

"Luo Wei! Hurry back to the hospital. There are a lot of wounded people coming today. The director has already informed them. They will have to work overtime for the next few days!"

Upon hearing this, she frowned and asked, "What's going on?"

"The army! We can't afford to offend them. The director wants you to come back in half an hour."

After that, the other side hung up the phone.

Hearing the busy tone coming from the other end, Luo Min bit his lower lip. Was there a mistake?

It was not until Mu Yifan called her that she came to her senses. She then stood up apologetically. "I'm sorry, Mr. Mu. There's something urgent in the hospital that I have to go first." After that, she took out some money from her wallet and put it on the table. "It's my treat today. I'll take it as an apology."

After that, she picked up her bag and walked straight out.

It was another top-grade man.

"What's going on? Why are you so anxious?"

"Oh, you don't know. The wounded soldiers this time are all from the army. I heard that the Colonel has also come."

"Is it worth making such a fuss?"

"The director has ordered us to be serious this time. We must try our best to take good care of the patient. If there is even a little mistake, we will ask."

"It's so serious..." Luo Ao muttered to himself.

While he was thinking, there was a turmoil in front of him.

"Look, he looks so handsome!"

"It's Qiao Zimo. I heard that he has become a colonel at a young age and is the youngest and most charming man in the army."

When Luo Min heard the discussion of the people next to him, he looked at the person walking in the middle and immediately started to argue.

Dressed in a green military uniform, heroic spirit shot out from his eyes. His eyes were deep like whirlpools but carried a sharp aura. He was like an artist who drew his thin lips tightly together, carrying an innate aura of a strong person.

This man's aura was so strong! This was Luo Min's first impression of him.