Home/ Rhythm of My Heart Ongoing 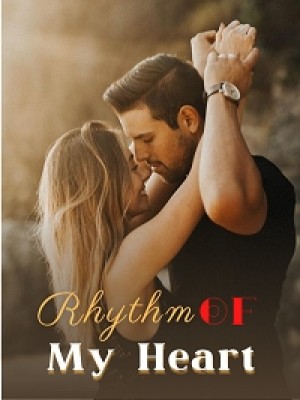 Rhythm of My Heart

Naina Sabarwal, a 23 year old Ambitious Fierce, extremely beautiful and gorgeous woman who was on path of achieving her goal of getting the legal rights on companies of her long lost father comes in front of Siddhant Chauhan, CEO Of Chouhan Empire extremely handsome, hot, ruthless and cold businessman after eight long years. Both share the history back in their school days, not pleasant though! For him, she was unsolved mystery. For her, he was nothing but a dream which can never come true… Will they still hold a grudge or will fall hard for each other after facing each other after eight long years? What happens, when Naina's past life comes in front of Siddhant and their destiny takes a different turn which they never expected. Naina who was on path of her fulfilling a promise she made to her father, will she be able to fulfill it? Will Siddhant be able to break the ice walls which she made around her heart and will be able to melt it to make her fall in love with him?..or was it just a challenge he wanted to win..Read to find out.

About
Table of Contents
Comments (13)

Looking outside the glass wall of her cabin on the 20th floor of the City Office in Delhi, 23-year-old Naina Sabarwal, a tall 5 ft 6 inches woman with long beautiful naturally bouncing waist length hairs, perfect figure, wearing a formal one piece which stopped at her knees and stilettos thinking about her life and how it took 360 degrees turn in a mere span of eight years.

Her cabin door flung open and another beautiful woman in her business formal same age with a beautiful smile entered.

“Naina...” She called, “We got a call, our tender has been shortlisted and we have a formal presentation tomorrow with Chouhan CEO at around 10 in the morning. Are you ready?” Namrata, Naina's twin sister asked her to keep the file on her table. After leaving Pune on that dark night eight years ago, Nisha, their elder sister, Naina Namrata, and their mother came to Delhi. Along with completing her education, Naina took the handover of their father’s drowning business in her hand and stabilized it. Today, there were 150 employees who were working under her, while during her father’s time, it was just 25. She worked day and night to make this company the place where it was now. Being a professional photographer, she set up two new studios, hired a team for corporate event management, and started taking contracts for it, ' Aarav’s Event Management Pvt Ltd'... Her only ambition was to take her company to new heights and fulfill his father’s dream who was no more in this world.

Her father despises her because of the incident which shook their family to the core. But Naina never stopped loving her father. He was her idol and she took responsibility of her home and their company, at the mere age of 20 along with her studies.

“So...old vibes...” Nisha said entering the cabin. Naina was CEO of the company while Nisha was head of the Event Management department while Namrata was head of Finance, Marketing, and Advertisement. Naina being the CEO also a professional photographer and Director. She conducted and hosted, and directed many fashion events and was quite famous in her professional circle.

“So, our photoshoots have been completed with garment samples which were sent to us and I think...here they are...they are good...satisfactory,” Naina said glancing at pictures on PPT and looking at the file.

“Of course, they are, they are perfect...you shot them," Nisha said and Namrata nodded in affirmation.

Naina smiled and they all three again reviewed the final presentation in her cabin.

“Yes..” Naina said. Vidya her secretary entered and adjusting her spectacles said, “Naina, it’s a call from the Chouhan group of Industries on line 2.” She said hurriedly. Naina nodded and answered the call.

“Is it Ms. Naina Sabarwal?” A sweet female voice answered.

“Ma’am, I am Mr. Vishal Chouhan’s personal Secretary. It’s a reminder call for tomorrow’s meeting at our head office at Connaught Place. Mr. Chouhan is looking forward to it.” She said.

“Please convey my regards, and pass my message that we will be on time there,” Naina said and Nisha nodded looking at her.

“Good day,” I said and the call was disconnected.

“Naina...you are aware that with whom, we are having a meeting? He is Siddhant and Samarth Chouhan’s father.” Namrata said looking at Naina. Namrata was scared of her feelings that, if she saw Samarth, she might not be able to control her emotions just like eight years ago. She read a lot about him on social media ...is playboy ways and his ever-changing girlfriend's patterns. Her heart squeezed in pain seeing his pictures with different girls. He looked hotter, and handsome, with his tall and muscular figure. He was the heartthrob of young girls. She knew, he was way out of her league now.

“Even I have some worry, you applied for the tender even though you are aware of it,” Nisha added.

Naina twirled in her chair and rested her head on the headrest of the chair...”I have promised Dad, remember...for that even if, I have to swallow my ego, I will do it. Consider it as our green card to reach our goal. More of, this Siddhant and Samarth, we will rarely have the encounter with them. We have a meeting with CEO of the company, so we will not be even meeting them. Siddhant Chouhan and Samarth Chouhan are the Managing Directors of the Chouhan group. It might be possible that they will be there when I do our presentation. If we get this contract, then it will be just a matter of a few months. We will be off on our road. And even if, they will meet us, do you really think, they will even recognize us? You and I both know it, we have changed a lot...not only in appearance but...also from inside. It’s been fucking eight years. Just a stupid school fight it was...” Naina said casually taking a deep breath. Inside her brain, she was still not sure, if she was confident enough to face Siddhant again, who she had beaten that day. She knew, how she felt when he touched her...She couldn’t forget that feeling. But right now, her ambition and her business was her top priority. Some Promises needed to be fulfilled.

“Hmm..” Namrata said...and Naina looked into her eyes. She knew her sister’s feelings for Samarth right from her school days. Namrata has changed from sweet, and beautiful to sassy, hot, and gorgeous. Same with Nisha whose appearance and her beauty can bring anyone to their knees. Naina glared at Namrata, concern overshadowed on her face.

“Namrata, he is not for you...his reputation is really bad right now...I hope, you won’t let your guards down in front of him. “ Naina said to her firmly.

“I won’t...I know...Trust me...”Namrata said avoiding Naina’s gaze. Naina took a deep breath and looked at Nisha. Nisha signaled her to calm down.

“All set...let’s nail it tomorrow,” Namrata said, getting up from her seat and smiling looking at Nisha.

Nisha and Namrata smiled looking at her confidence and Naina took a deep breath and again focused on her laptop screen. But, her mind was still wandering about tomorrow’s meeting. She reached into her desk drawer and took out her Family photograph which was from around 13 years ago, and brushed her fingers on a teenage boy's face and a lone tear escaped her eye. She looked with tearful eyes at her father's smiling face in the frame...

"I will fulfill my promise, Dad..." She mumbled and her mind again wandered to Siddhant and tomorrow's meeting. "I will win this contract by hook or by crook."...

She closed her eyes and her mind wandered to the past to that day eight years ago, in a school classroom. Those stormy brown orbs, his piercing gaze...

Naina Sabarwal: A beautiful girl with beautiful eyes, hiding under the image of rough, fierce, and tough tomboyish nature.

Nisha Sabarwal: Naina and Namrata’s elder sister studying in the same class as of Siddhant.