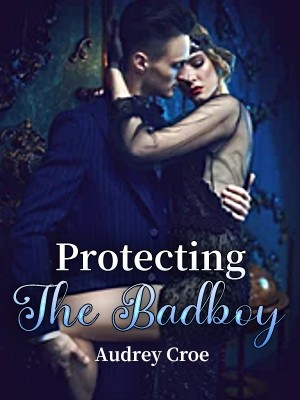 Lilian Howard was asked to go on a special undercover case; a drug busting case without violence, guns or anything that can put her in danger. This wasn't just any special case the man she was supposed to put behind bars is her childhood crush; Edward Sterling. Edward runs multiple businesses including one of the biggest Mafias in America, right under the nose of every police officer in NYC. Lillian falls in love with the man all over again before coming to the tragic end of letting him go; protecting the bad boy to probably never see him again.

I'm Lillian Howard. An FBI agent working with New York's finest agents. Well, in my mind they might as well be with how many hours they make me work. I used to have the perfect 8-hour day only five days a week. Now I feel like I signed a contract with the devil, working two nights before getting a decent amount of sleep.

I was contacted to go to the FBI Academy in Virginia as I was working on a case with the local police department in new york. It was a low job with someone who has a degree like mine, but it made payments on my apartment, and it was the only job I could get in my psychology field.

I'm very thankful they found me, but FBI academy killed me, the getting up early in the early A.M to eat breakfast as fast as I could, running, academics, case exercises, firearm training, and operational skills. I barely passed P.E in high school, it was a miracle I passed the fitness portion of the Academy.

"Lillian, director wants to see you." Garrett said, walking in with a coffee, his right hand in his front pocket.

As I was daydreaming, I was pretending to do the stupid research on the team like the director had asked me to do when I started working for him. And in the last year and a half I've had two undercover jobs which last from 1 month all the way to 12 years for some of the agents here. My last undercover job was all the way in Fort Collins, Colorado. It lasted about 8 months, getting into the heads of the people working there, making friends, understanding each person, until another agent took over the case. The director, thought it was getting to dangerous for me to continue working that job.

I walked into the glass office where the director was playing with one of those spiky fidget balls looking out into the city, the traffic horrible, but the scenery was beautiful.

"We got a major break in the Utica case." he said spinning around in his chair, like a professional.

"That has nothing to do with my case right now, sir."

"Edward Sterling--" he got up, placed the ball on his desk, walking to me, slowly, "he's been taking care of his father's business since he was fifteen. He doesn't have a degree of any kind--"

"Not all successful people have degrees, they're arrogant, but good businessman." I said crossing my arms.

"It's another undercover job opportunity for you. I know you just got out of one, but, this one is big, it will probably change your career forever detective Howard." He grabbed my chin, kissing my lips, and when he pulled away. I looked down at my feet, contemplating if I really should take yet another undercover job, any other agent would kill to be in my position, but I really don't know why. You're away from your family, you don't have holidays or days off, I'm working when I'm sleeping, and I'm sleeping while I work.

"You'll be living in Utica until this case is over, and unfortunately you have to live the part, you'll be living in a fairly run down apartment, you'll be a waitress at Ihop and you get a portion of money mailed to you, and then the small Ihop paycheck every month. Mr. Sterling will be there to have his coffee every morning at 6:00 am until 8:00 am."

I know everything about Mr. Sterling. From the way he parts his hair, to his underwear brand. I've known him since I was just two years old. I haven't seen him since he was fifteen. When he left without a goodbye.

"So, he drinks cheap coffee at a business he owns to watch how people work? That seems a little... Controlling."

"Don't look at the small things, we need to bust him for the drugs he might be producing. He's distributing them to a local gang and bringing them onto our streets. He needs to be put away, Lillian."

"You've never let me do a drug bust since I've worked here, it's always been something to do with observing the boss, finding out what he or she is involved in, what's different now?"

"There is nothing different. You're not here to kill people you are here to profile them, if you have to be the person to get the information we need to bust this guy, then you have to do it. I just don't think you're ready to do what these other agents are here for, we recruited you to get us information."

I took my time to accept the job, I wasn't sure if I should just jump into this, I wanted to look at what I was going to get myself into. To see what my old neighbor and elementary crush wants with New York, and why he came back. I'm curious as to why he chose our hometown of all places to return to.

My first stop after my four hour drive was to use the little girls room. Since I grew up here in Utica, New York; I knew the cleanest and freshest spot in town. I continued driving to bite bakery and café, a truly scrumptious place to enjoy breakfast or sweets throughout the day.

It's changed in the last eight years, it used to be small, the window only had an open sign, now it's covered with the business logos, and fancy, retro, seating.

This is going to be quick. Go in, go to the restroom, and Don't leave with my badge showing.

That was my first mistake as a rookie when I first started, I had gone to the bathroom and I was wearing a long jacket to hide my badge because I was wearing a dress and I left the restroom without fixing my jacket, my whole cover was blown and the person that was my partner pointed a gun at me pretending to be the bad guy with the rest of them. I was very close to losing my job that day.

I left my badge into my 2001 beetle in a hidden compartment my very own I.T friend made.

I rush inside the bakery and went into the restroom, when I was done I washed my hands, quickly rushing into my car before anyone would notice me. I looked to my left and saw him. Saw the face I've been dreading to see. The face that's all over the precinct.

Even though the rest of my undercover job is going to suck, getting to see him every morning, will probably be my favorite part of this entire job.

THIS IS BOOK 1 OF THE UNDERCOVER SERIES!

This chapter has only been slightly rewritten and mostly corrected on January 27th, 2021: