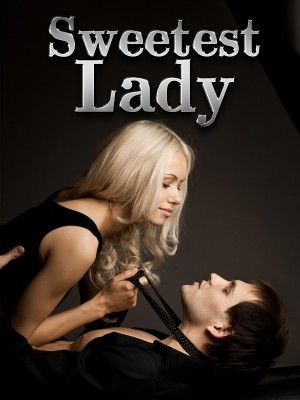 She cured his leg disease and straightened his sexual orientation. Seeing that his thigh had been hugged and the engagement had been broken, he was taken away from the company when there was only the revenge and scum left! She looked at the big and small people at the door of the house and said, "Okay, I'll raise them!" He hid the contracts of more than a hundred million yuan and said seriously, "My parents left me a sum of money. I can get it when we get married and have children." "Okay, get married." "You can also take money to give birth to a child. Let's give birth to a child." "No, you think the child is a commodity?" The eavesdropping baby put a piggy deposit pot in front of them and said, "I want a sister who is the most expensive." After the matter was resolved in a successful way, she proposed a divorce. He hid his marriage certificate and took out the pre-arranged agreement that he had cheated her a long time ago. "The contract has come into effect. The engagement will last for a hundred years. Mrs. Mo, let's study the issue of giving birth to a baby."

When the white tea returned to consciousness, she found that she was naked and was wrapped in the quilt.

Her body was hot and dry, and she knew in her heart that she had been drugged.

Looking around, she found a huge mirror in front of her with a camera on the bed.

Bai Chan's heart skipped a beat. She could vaguely guess what Lin Mengya was going to do.

The effect of the drug had almost been used up. Bai Tea gritted her teeth and kept herself awake. No, if she were to be shot in that kind of film, she would be dead for the rest of her life.

Before she could figure out who was plotting against her, Bai Tea struggled to get off the bed. Fortunately, the other party didn't expect that she still had strength and didn't lock the door.

When she was working, the white tea was knocked out and sent to this floor. She had no clothes, so she could only run away with her bare feet in a tight thin quilt. Afraid of being recognized by others, she deliberately messed up her hair, wiped her face with a hollow makeup, and walked away in a dark place.

The clubhouse here was full of famous princesses and young masters. The plug-in brand in the room meant that they could pick up guests tonight. The blue brand was for the male, and the pink brand was for the female.

There was no time to go to the hospital at all. Bai Chan gritted her teeth and made a decision in her heart. She began to look for the blue brand one room after another.

Unfortunately, no one was there.

When she pushed open the door to the last room at the end of the corridor, she was pleasantly surprised to find a man sitting by the window.

Hearing the sound, the man turned his head.

Under the dim light, the white tea could feel that the man's outline was perfect and his figure was thin, so it was his turn.

"100 yuan for one night, how about that?" Her voice was hoarse and she went straight to the point.

She didn't know the market number, but she could only give so much money.

The man frowned unhappily, and his cold gaze was like a sharp knife, but the white tea had no time to care about this. She was burning her eyebrows now, and she had to do it if she couldn't!

She strode over to the man.

"Get out." Mo Shichen opened his mouth. His voice was so cold that it could almost freeze people.

"If you come out to work, do you still pick guests? Let me tell you, I look good. You won't suffer a loss." Bai Tea had forgotten how terrible she had been when she made a face just now.

She walked in a hurry. The quilt on her body was too long. It was so long that she could drag the ground to death. One of the corners of the quilt just stuck under the chair.

The quilt slid from the white tea's body in an instant, and she tripped over it and fell onto the man's body with unstable balance!

Feeling the hot and smooth skin under the palm of his hand, Mo Huechen was shocked that there was nothing on her.

"Is he trying to find a chance to provoke me in the flesh?"

In the eyes of the man, this action was not only to refuse but also to welcome her. He was about to push her away impatiently. His body felt hot and dry, and then his whole body shook, as if he had encountered something incredible.

Since the car accident, he had lost that function, and the hospital couldn't find out what the problem was.

It was not functional. He knew that his body was fine. For this reason, he once doubted whether he liked men or not.

Before he could think about it, the woman on his body had been tortured by the drug and had lost her mind completely. Sitting on him, she pulled his clothes rudely with both hands...

The next day, Bai Chan looked at the messy sheets and her own body without any traces. The impression of last night was vague, but she probably remembered it.

She had made it hard for a duck.

The idea flashed through her mind, and Bai Chan's face instantly turned pale. No, she had to leave as soon as she was not there.

Before they agreed, she would... It would be terrible if the matter got worse.

The white tea left a note with her 100 yuan wallet account and password written on it. The small amount didn't need an ID card, so she wasn't afraid of being found out.

Thinking that it was her first time to die like this, she was dissatisfied and wrote down a sentence angrily.

Then, she took out a man's T-shirt and a disposable underwear, which were enough for her to dress as a skirt, from the room, and skillfully avoided all the cameras to leave.

The moment she stepped into the house, an ashtray flew toward her!