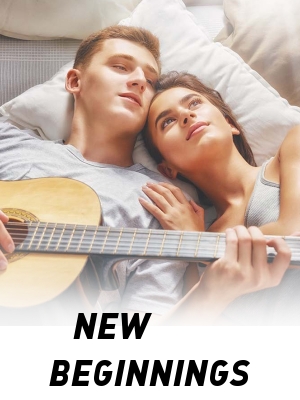 A One night stand that's all it was to her. I've spend the last four years trying to forget her. she's the one who slipped away in the middle of the night. The one who- after one night together-took my heart when she left me naked in the hotel room. She is the one who got away before I even got a chance to know her..i don't even know her name. I hate the way she left me. I hate the way she consumes my every thought. I hate the way I find myself looking for a piece of her in every girl I meet. I mostly hate that I can't seem to forget her not even after all this time has passed. After that night I looked for her but it was like she disappeared from the face of the earth living me with the memories of that night. I never thought we'll see each other again after she disappeared on me and not on the circumstances that we did. She was on the run and she needed me to take care of something for her. something that wretched my world upside down, something that was precious, our children and I'll do anything for them and their mother even if she wants nothing to do with me.

"Nikki!" Lisa called out and I quickly pull on my strappy heels. “In a minute” I shouted. I can hear they are panicking. I need to hurry up. After one final look at the mirror, I was ready to ascend from the bathroom, throwing open the door. I ascend the stairs. They both look at me like they’ve never seen me before I narrow my eyes. “I’m done” I announced as they both clap their hands. "OMG You look so fucking hot!"

Mila smiles widely, "The way you look so fucking hot right now, I bet you won’t be coming back with us” she sang while saying that. Here we go again. I mentally facepalmed myself. I’ll never hear the end of it.

“Why wouldn’t I come back with you tonight?” I asked while playing dumb, as if I didn’t know what they were hinting at.

Mila rolled her eyes “Don’t act like you don’t know what I’m talking about” she was getting annoyed with me. Every time they try to set me up with someone I always decline and according to them I’ll die alone. I don’t get what the problem is. I know I’m nineteen and I’ve never been in a relationship before but what the heck, I’m not going to sleep with a stranger.

I gave her my serious face. “I really don’t know what you are talking about” they don’t understand that I’ve never felt attracted to any other males I’ve met, and I’ve lost interest in trying to get into a relationship.

She narrowed her eyes and decided not to go back and forth with me on this and went straight to the point. “Are you really not planning on sleeping with someone tonight? Cause I sure as hell not leaving that club alone tonight and girl you better lose that thing before we go to school"

I roll my eyes, that is all she's focused on. "Hell, no I’m not losing my V-card to a stranger.” I argued. I don’t have time for their nonsense.

This has been a constant discussion between us three this last month, they believe I can’t go to collage a virgin, but I really don’t care what they think, since I haven’t found anyone who I’m attracted to who I find worthy to be my first. I’m going to hold on to my virginity until I do. I don’t care if I die a virgin. There is nothing wrong with that.

She narrows her eyes at me as she flicks her brunette hair over her shoulder, looking into Lisa so they can gang up on me "Tell your best friend, no one goes to college as a virgin anymore."

"Shut up." I say as I take my fake ID. Mila’s brother got us the ID’s since we are still underage. "I'm ready." My nerves were setting in, I've never gone to a club before let alone wear anything like what I was wearing right now, but I didn’t care one bit. I wanted to live a little tonight like there is not a tomorrow then go back to my boring life and focus on completing my degree and working with one of the best corporations in the country that was my only goal.

We lied to our parents that we were leaving two days ago because we wanted to go clubbing before we hit the road to Europe and what better way than clubbing in New York. It was also a big help since Mila’s brother best friend worked part time at the club were going.

Lisa claps her hands together and grins, "Let’s go, I'm so excited. Tonight, is going to be epic." They both link their arms through mine, and we walk out of the hotel and to a cab.

After 20 minutes the cab pulls up in front of the club, there’s a long line and I sigh, but Mila grabs my hand and Lisa’s and practically drags us towards the front of the line, causing a lot of groans from the people in the queue as we pass them, and I instantly feel bad. I’d be pissed too if someone was cutting the line.

“Hey Steven.” Mila purrs as we come to a stop. She liked playing with men’s emotion. Acting like she wants them when she doesn’t and someday, she might get in trouble because of that.

Mila’s brother was a friend of Steven a part time bouncer in this club. He already entrusted us to him. Even though it was difficult to convince him to let us party before leaving the country but in the end, he agreed she loved his little sister a lot and Mila always take advantage of that. Mila knows Steven so we were safe for the night.

Steven was at least six foot four inches, along with having tattoos along his arms. He had an intimidating look if Mila didn’t know him, I’d be really scared but through that intimidating look he was God damn handsome. He takes a sweeping glance at all of us, a smile spreading across his face. “Damn ladies, looking fine tonight.” He murmured.

We smiled and Mila answered, “Thank you, we are leaving for collage tomorrow so we decided to have some fun for the road” He looked at all of us especially at Lisa and I think he might be liking what he is seeing but Lisa looks unbothered like she doesn’t see that the guy is checking her out. He holds out his hands and we all pass him the IDs. He doesn’t really pay much attention to them he just hands them back to us. I think he knows we are underage. How can he not know when he is friends with Mila’s brother Josh.

“Have a wonderful night, ladies and if you encounter any trouble come to me, I promised your brother I’ll look out for you.” He nods his head indicating for us to go on ahead.

We strode into the club. The Club was full as we expected. “Guys look for a table, and I’ll get us some drinks.” Mila instructed. We moved toward an empty table, and I take a sweeping glance around the club. It’s crazy busy. Mila came back with three margaritas and gave each one of us a glass.

"Let's toast!" Lisa says loudly trying to be heard over the music. "To us, may we achieve everything we set our minds to. May we be happy and successful wherever in this world we may end up, may we continue getting that vitamin D” she winked at that last statement, then continued. “At least some of us. And lastly, may we forever be best friends!" We raise our glasses clink against one another.

We drank our drinks and started enjoying the night then BODAK YELLOW by Cardi B booms through the speakers then we all shouted and get to the dance floor this was our Jam. We danced while we sang along to the beat. Shutting my mind off, I allow the music to flow through me. The three of us dance together for the longest time.

After Bodak Yellow came Work by Rihanna and Drake. I love this song. We were twerking our small asses on the floor, well mine wasn’t small and as much as I was the shy one among the three of us, but I knew when it came to twerking and dancing, I was the wild one. We continued shaking our booty, all eyes on us but we ignore them. My skin’s covered in a sheen of sweat, but I have the widest smile on my face as I let go and enjoy this rare time just being carefree.

“I am going to get wasted and find myself a man.” Lisa shouted through the music. We have been best friends since 8th grade. They are my ride or die. I would do anything for them. But I was shocked at her outburst. This bitch was becoming bold. In all three of us Mila was the one who was wild, and Lisa was less wild and me I was the shy one. Before I could say anything, Mila beat me to it

“Why would you waste your time while there is someone here who won’t mind taking you to his bed tonight.” Mila murmured. Lisa looked like she was processing what was just said, she then looked at Mila then at me and asked, “What is she talking about?” then back to Mila. “What are you talking about?” Mila started laughing as if she could not believe that Lisa didn’t notice how Steven was looking at her. I too even noticed the way he was eying her, but the girl didn’t see him. Now I know why I never notice the guys that were hitting on me.