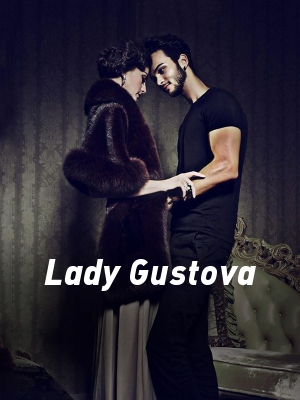 To understand one's true nature, it is necessary to spend time with them. Fleeting rumours may hold a fraction of the truth, but most are exaggerated and fabricated lies. Yet, it seems nearly impossible to not indulge yourselves with those whispering deception. Elaine Louise Gustova was a victim of this act. Whether they were true or false were none of the people's concern-what's essential was, the scandal entertained them. No one knew her real story. But, it would be a difficult tale to tell if she lost her memories, wouldn't it?

Once upon a time, in a land filled with magic, two human vessels were created from dust by the hands of God. They were crafted based on God's image: to be the most gifted, extraordinary, and divine on the surface of the earth. Furthermore, they wielded the ability to communicate with God and every life on earth, be it a tree or animal.

Most important of all, they were loved by nature.

As God breathed a breath of life into their colourless bodies, the two were stirred awake, their eyes blinking slowly as His light shone upon them.

'Katrina.' God offered His hand to His child with a loving smile, calling out her name. The fragile being lifted her upper body upon her Father's call, her cold hands reaching out to His large warm ones. Her skin as white as porcelain paired with her short dark hair was a combination never seen before, especially with her bright crimson eyes peeking through her seemingly long fringes that reached the bridge of her nose.

'Tiara.' God reached His other hand out for His other child. She was also of the same gender as Katrina but had a different identity. Her soft and shimmering golden locks fell to her waist as Tiara perfected her posture. The child's sky blue eyes—reflecting her purity and innocence—trailed to God's blinding but materialised hand before she placed her hand on her Father's.

'Live, my children.' Though it saddened Him, as soon as God delivered His message to His children, He had to leave the surface of the earth. He cannot show Himself physically to the human world any longer for they will be demolished under His pure light.

From that moment on, Katrina and Tiara were to live as 'humans'.

Growing up on an island filled with magic wasn't hard for the two, as nature would provide shelter, food, and clothing for them. As there were only two human-like manifestations of magic in the forest, they spent their time playing and chatting with the animals living there. It was peaceful for hundreds of years until humans—filled with greed—approached the sacred land.

The animals followed their instincts and went into hiding immediately as they heard the ominous rustling of leaves throughout the whole forest. Nature warned Katrina and Tiara to stay away from the intruders. The Wind Spirit blew the two girls away from getting near the humans.

"Humans?" Tiara questioned. "What are they?"

"They look just like us but have no magic?" Katrina raised her eyebrow as Don answered them.

The girls held their breaths when God's voice echoed in their minds the very next second.

'Evil flooded the minds of the humans and informed them of the fruit that holds mana. If eaten, the humans will gain mana as well. That would bring chaos to the outside world. You must stop this from occurring.'

"Outside world?" Katrina questioned. "The world is even more vast than this island?"

'Yes, my child.' God answered. 'However, we must focus on the matter at hand. You, my children, must protect the fruit and this land from the evil in their minds.'

"We are to defeat them?" Tiara asked.

'Yes. Protect the fruit that grows on the World Tree.' God said alarmingly and left them once again.

"Wind Spirit?" Katrina shouted after receiving instructions from their creator. "Will you bring us to the World Tree?"

A gust of wind blew towards them.

"No?" Tiara shouted. "Why?" The wind blew against them to stop them from going any further, not telling Katrina and Tiara the reason for their actions. It also shocked them that the other elemental spirits agreed with the Wind Spirit's decision.

Katrina shouted in frustration against nature's resistance. "Enough!" Her red eyes glowed as she put her foot down with immense pressure. An invisible barrier started spreading throughout the whole forest to stop the wind-like shockwave. Even the humans noticed it and took a defensive stance in the darkness of the night. After the shockwave disappeared, Katrina and Tiara could hear the wind whispering in the air.

"Sorry, Wind Spirit," Tiara and Katrina held hands, "but we just talked to our Father, and He instructed us to protect the fruit of the World Tree. That was the purpose of our creation."

Katrina and Tiara left with eyes filled with determination to protect the fruits without knowing what the future held for them.

However, at the end of Katrina and Tiara's first duty, the entire world heard a sorrowful scream, and the island where the World Tree was located instantly disappeared from the surface of the world.

Ever since then, the lost land was called Envear Island. God named it as it is because the island was one to envy and fear.