Home/ THE CEO'S SIDE CHICK Ongoing 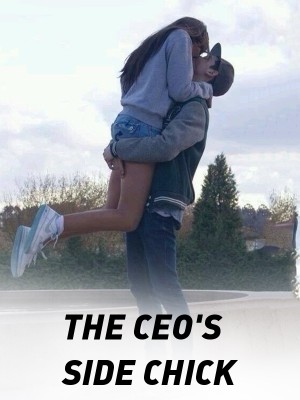 THE CEO'S SIDE CHICK

Synopsis &quot;Well... &quot; &quot;Well what Val! What!! &quot;I spoke with so much pain in my eyes I can't believe what I just heard from him &quot;I didnt like you at first... &quot; &quot;So you're saying am your side chick all this time!! &quot;I can't believe this I ran my eyes on his real girlfriend who stood watching us and smirking at intervals &quot;I'm your side chick Valentine!!! &quot;I screamed before bursting up into tears ........................ So was the life of Claret who thought she had it all when she started dating the most famous, rich and handsome CEO in one famous company which he inherited directly from his dad She loved him, told everyone who wanted to hear that she was dating a rich man! Not just a rich man but someone who loves her so much She was wrong! And that's what she came to know She felt so ashamed and embarassed It dawned on her that Valentine only told her what she wanted to hear What happened next?? Will the CEO SIDE CHICK live with it? Wgat then happens when she found out that she was pregnant for him? Care to know? Grab your popcorn and let's vibe together

CLARET POV I cried under my pillow, I don't need consolation from anyone, am a fool! A big one at that! I can't stop crying and I won't! Val made me a fool! So I was in his life all this time just for pleasure? Oh gosh!

What will I do now? Am so broken, I want to die, I feel like dying I loved that devil incarnate with my whole heart not knowing that he was just there to tell me what I needed to hear all this time How a fool! Claret you're a big one! What I say now? After all I have said to my friends, how I turned down Patrick cuz he's too small for me, I couldn't date him saying he's poor!

What am I gonna do now? Huh! What about all my friends that I insulted for having broke boyfriends? How am I gonna face all those I've told and invited for my future wedding with Valentine? I sobbed the more, this is the worst humiliation I've ever seen Why are men so cruel! I gave him everything! I was sincere with him, I gave him my body and he pay me back like this?

What about Casmir's advances to me, how I had foolishly told him about it, how Casmir had gone to see my parents already How he

had raged and raged pleaded with me not to ever leave him else he will stop breathing And after all that, he told me to my face that he never liked me? I wasn't even in his diary? Gawd!! What have I done to myself!! Five whole years!! Five fucking years and that bastard led me on blindly The most painful part is that I was a side chick! A side chick!! Someone he just turn to for pleasures, come to when the main chick misbehaves. He told me that he sees only me in his life! He told me he loves me to the extent that he sees other girls as children who needs snacks and popcorn from him.

I belived him, he called me the most beautiful woman in the whole world I believed him, he bought me clothes, shoes, everything I asked for, thinking that it was all the mark of love he had for me He told me he'd buy the world for me if it was buyable and I believed him too It never crossed my mind for once that he had another girlfriend Oh gosh! Tears poured and soon my pillow was so fuvking wet! How did he sleep with me? Sic rounds of sex was little and I made sure I gave him my best until he was satisfied I thought all that was what love is about, I cooked for him! Oh yes! I know I can't cook but the little I can like Noodles and pasta and other fast foods I can cook them! And he never complained! He told me he loved everything about me! I had to undergo surgery for my big bums because of him! I severed my shape because of him! I aborted the babies we made without his knowledge because of him! Gosh! What else did he want? I gave him virtually everything!

And then he slaps me on the face with such a horrible news of I being a side chick! I, Claret Sloan a f*cking side chick! Arrgghhh... I became violent scattering everything in my room . Gosh! I hate this so much! Valentine, you're a bastard! A f*cking bastard!! I'm such a fool!! My door opened mistakenly and I tried hiding my face which was battered by tears ''Hey what's wrong Claret? "....