Home/ To Capture A Ring Ongoing
There was only one thing that he could do about it, and that was to say, he was going to go to the toilet. 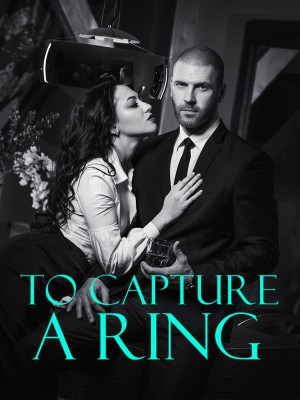 To Capture A Ring

While he was at the city gate, who knew how to get out of the house? After returning home, he went to the list and said "yes" and "no" to her. "Boss, Miss Meng's voice is heard in the company!" Feng Xuexin waved his hand and said, "Let's buy the company." "Bing other people! Who knows who is better than me and who is going to fight against the younger one?" Then, he said, "We have to pay a visit to another group of people." "Mr. Feng, Miss Meng is going to have a trip and we're going to have a try!" Feng Xiu looked at the scene at the same time and said, "You are looking at the scene at the same time!" "A're you going to..." "I'm going to let the cat out of the bag! Let's go! Let's go!"

Xiao Ling, Room 1301 of the Four Seasons Hotel. I'm waiting for you.

Yun Ling looked at the text message on her mobile phone screen and blushed slightly. Today was Valentine's Day. Brother Jing said that he would give her a surprise yesterday.

Seeing that Yun Ling was about to go out, a maid rushed over and said, "Miss Elder, you haven't eaten the medicine for catching a cold."

"Thank you." Yun Ling smiled at the maid. After taking the cup and the pill, she hurried out of the door.

As soon as Yun Ling arrived at the hotel, she felt a little dizzy, but she didn't take it to heart. She just thought that it was too hot in summer, so she had some heatstroke.

There was no one in the quiet elevator. Her head was getting heavier and heavier, and a heavy shadow appeared in front of her.

Yun Ling shook her head and was about to press "13" on the floor, but when her hand slipped to "18", she didn't notice it.

She no longer hesitated and gently pushed the door with one hand holding her dim head.

As expected, the door was not closed. Yun Ling's knitted brows finally loosened, and she walked into the room with a smile on her face.

At the same time, in the monitoring room of the hotel.

A slim man in a casual suit was sitting in front of the computer with his legs crossed, holding his chin and looking at the screen in boredom.

The black-clothed bodyguard standing beside him suddenly said excitedly, "Master Pang! This girl has entered the room!"

The man smiled evilly when he saw the black-haired girl in a pink skirt in the monitor. At the same time, he snapped his fingers. "Bingo! You can go back and report! We will come back tomorrow morning!"

Yun Ling looked at the food on the table and had no appetite at all. She even had a little nausea.

She had been like this for the past few days. She couldn't eat, and sometimes she would vomit.

Yun Ling simply put down her chopsticks and went upstairs. Today, Brother Jing was at her house, so she could ask him to go to the hospital with her.

The door of the room was closed, and there came the familiar sobbing sound.

"Brother Shen, I'm so regretful. It's really not good for us to do this."

"Xinmo, don't think too much. I will be responsible for you. I will find a suitable time to deal with your sister..."

There was a moment of panic in the man's voice. "Is she pregnant? Don't cry, Xinyan, I..."

"You, what are you talking about..." Yun Ling's brain was suddenly broken. "What's going on?"

"Xiaoling? Did you hear that?" Shen Jing turned around and looked at Yun Ling in astonishment. She hurriedly pushed Yun Xinmo away from her arms.

Yun Xinmo was still chattering. Yun Ling staggered and her brain was buzzing.

She pushed Yun Xinmo away, tremblingly pointed at Shen Jing and asked, "Brother Jing, the person that night... wasn't you?"

"I..." Shen Jing opened his mouth but found that he was powerless. Finally, he said, "Xiaoling, please don't blame me. My heart is still small. That day, she was just impulsive..."

"An impulse?" Yun Ling pointed at Yun Xinmo in disbelief.

It was just a momentary impulse to bury her innocence!

"Shen Jing, are you still a human? Did she just make a mistake on impulse? What about me? Am I supposed to be raped by others?"

The most terrible thing was that she really thought that the man that night was Shen Jing!

Yun Xin softly stood in front of Shen Jing and plucked up her courage to say, "Sister, don't blame Brother Shen. He just helped me to hide it. It's all my fault. Beat me!"

Yun Ling only felt that this scene was extremely dazzling, and she slapped her in the face with all her strength.

"Ah!" Yun Xinmo tilted her head and fell to the ground.

"Xin Mo! Xin Mo, your mouth is bleeding! How do you feel? Is it very painful?" Shen Jing helped Yun Xinmo up and looked at Yun Ling with a bad look and said, "Xiao Ling, you've gone too far!"

Yun Ling was so angry that she laughed. Before she could say a word, she was slapped by someone who had rushed in.

Yun Ling looked at the person who hit her in disbelief, her father—Yun Weiyan.

Although she had always known that her father doted on Yun Xinmo, the daughter of his stepmother, she didn't expect that he gave her a slap without even asking!

"My poor mind. Let me have a look at you." The man who came in hurriedly pulled Yun Xinmo in front of her. He held her face and looked at her again. "Her face is swollen! Our heart is still in the mirror tomorrow. What should we do?" He glanced at Yun Ling and said with embarrassment, "Xiaoling, even if you are my sister, you shouldn't have done it."

Yun Weiyan looked at the palm print on Yun Ling's face that had been hit by him, and then looked at Yun Xinmo. She asked in a low voice, "What's going on? Shen Jing, tell me!"

Shen Jing avoided Yun Ling's gaze and said quickly, "On Valentine's Day, Xiao Ling mistakenly thought that the person in the hotel was me. She was pregnant now after having sex with strangers. Xin Mo only said a few words to her, and then, it turned out to be like this..."

Huh! What else could she not understand now?

Her good sister had already seduced her boyfriend and then schemed to let her go to the hotel to destroy her innocence!

"You! You bastard! You have lost the face of our Yun Family!" Seeing that Yun Ling did not say anything, Yun Weiyan was furious and slapped Yun Ling in the face again. She roared, "Our Yun Family doesn't have a daughter like you!"

Yun Ling's vision went black and she fell to the ground.

"Get out of my way, Xin Mo! It's none of your business. It's her fault! How dare she do such a thing and make me lose face! Let's see if I don't beat her to death!"

"Dad! I've passed out! I can't fight anymore! Send me to the hospital!"

"Humph!" Yunwei Yan snorted and put down her hand. "You are going to send her to the hospital to kill the bastard! And then send her out of the country!"

When Yun Ling woke up, she found herself in the car and dizzy.

Yun Xinmo, who was sitting in the driver's seat, looked at her with a bright smile and said, "Sister, you're awake."

Now that she had done it, she didn't need to pretend to be weak in front of Yun Ling, so she looked extraordinarily excited.

Yun Ling turned her head and looked out of the window, only to find that this was actually the airport.

She only remembered that she was sent to the hospital after she fainted. How could she be at the airport now?