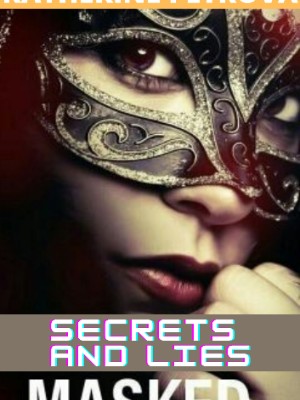 Charlotte needs to make a decision. Either she can take the note and prevent their life from finding Becca's body or save Jason before he gets in trouble. Whatever she's deciding, the threatener never going to stop torturing them. That person gave them many tasks and brought more misery to their life. Until one day, the four of them try to find that masked person in a masquerade ball. That's when things got more complicated...

‘What can I do right now? I need to decide quickly. I can stay in prison for years, but I can’t lose Jason forever. I am thinks I am in love with him within this short period of time’ Charlotte thought to herself and called 911. Soon she reached the destination, and the ambulance arrived before she did. She ran and came all by herself to see Jason’s car on the edge of a bridge. It’s in a state of falling from the long heights. If it moved one inch, Jason’s life is over.

“Jason” Charlotte screamed from the top of her lungs, running towards the car while some men stopped her.

“Don’t go there. It’s not safe. The rescue team has already arrived.” That stranger consulted her while Charlotte was sobbing continuously. She never cried like this in her life. Not even for their parents dead, or for murdering Becca.

The moon started to show up in the sky. The car is so invisible to other eyes to notice. If Charlotte doesn’t call at the right time, there will be a chance of losing him. Anyway, after many minutes of trying, the rescuers succeeded in getting the car up from falling down. Charlotte moved forward and adjusts her eyes to the darkness. That’s when she saw Jason is unconscious and he got more injuries on his face and body. His head was bleeding. He was taken to the ambulance.

“Please, I need to come too,” Charlotte asked a woman to give permission to come in the ambulance with Jason. She can’t send him away. To know the truth, If Jason didn’t meet Charlotte, he wouldn’t be in this situation. That threatener is trying to hurt Charlotte by hurting Jason. She feels like it’s all her fault.

“But madam...” The woman hesitated.

“Please let me in.” Charlotte pleaded with more tears on her face. Her make-up is fully spoiled and she didn’t give a damn care about it. Her eyes are red from crying. Finally, the woman felt pity for her and nodded impatiently cause the time was running away. They need to save Jason. Charlotte chooses to save Jason, and she didn’t know what will happen in the school? Is Becca’s body got found or not?

She took a seat next to Jason’s unconscious body. She doesn’t care about who’s watching her. She acted like there’s only she and Jason are alone in the ambulance.

“Please come back to me. I love you, Jason.” she planted a kiss on his forehead and a small tear of hers landed on his unconscious face.

“So how many girlfriends do you have before me?” Caroline teasingly asked Daniel, who was next to her in bed. They both are cuddling in the cosy bed enjoying their first moment as girlfriend, boyfriend.

“Um...I don’t know. I had many, and I never approached anyone. They all wanted my attention so badly.” he calmly answered, but Care is so jealous of thinking about his ex-girlfriend.

“Okay. I asked for the approximate number but I think it’s difficult to count. Never mind. Forget my question.” She tried to act cool but failed.

“I think someone is jealous. Didn’t I tell you; I never approached any girls in my life? You are the first one.” He made himself clear and tried to kiss her again, but suddenly there’s a ringing noise.

“That’s my phone.” Care tried to take it but failed because Daniel blocked her by giving her a kiss. He doesn’t want some phone calls to stop kissing Caroline. He thought it will be Bill again.

“Okay. Give me a moment.” she broke the kiss and took her phone.

“Tell Bill that you are mine. Only mine.”

“No, it’s my sister Charlotte. Give me a moment.” she walked away and picked it up calmly.

“Caroline, thank god you took the phone. Everything’s over. That threatener exposed the place where we buried Becca’s body. Now I am in the hospital seeing the live news of digging Becca’s body. Jason was involved in an accident. I will explain everything later. Please come right now. I will send the address.” she pleaded and sobbed on the phone, but she did everything in a whisper. No one should know about these incidents.

Care assured her sister and quickly sent a message about this to Chloe and Caleb. She told them to see what’s happening in Roshord. Someone should be present in school to know what’s going on there.

“Daniel, I need to go to the hospital right now. My sister’s friend had an accident.” Care panicked and spoke impatiently.

“Okay. Calm down. I will take you there.” He didn’t ask further questions but made sure that they reach the hospital as fast as he can. There’s more tension prevails in Ferrari as they are on their way to see Charlotte.

“Thank you so much for driving, Daniel. I will go by myself. See you later.” She nervously thanked him and he didn’t want to accompany her. Caroline should be there for her sister. That’s enough. Soon she searched and reached the room correctly.

“Care.” Charlotte rushed over and hugged her sister, wetting her sister with her crying.

“How is Jason? What happened?” Care got filled with all answers within moments.

“I already told them to go to Roshord high. Don’t worry. Jason will be fine. That’s important. We can think about the rest of the issue afterwards.” Care comforted her even though she’s afraid of what might happen next. What if the threatener mentioned their name in the note kept in Becca’s mom’s bag?

The doctor came outside of the room and looked up at Charlotte.

“Is he okay? How is Jason?” She asked, praying for him.

“He’s fine. You are right on time. Now you can see him, but don’t talk much. He just got some stitches.”