Home/ Demons From The Past Completed 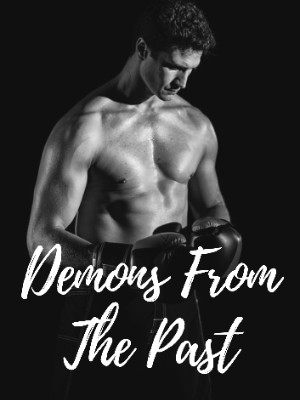 Demons From The Past

"Go to hell!" She spat out. I could feel my lips curling into a smirk as I advanced towards her. "Oh I will, sweetheart, and I'll make sure I drag you down there with me." "Don't come any closer, or I'll shoot." She warned but even as she spoke she edged back slowly. "Then shoot me." ~~~~~~~~~~ Nate Cohen is being framed for a murder he didn't commit. In order to clear his name and find the real culprit he must join forces with the strong-headed, steel-willed Verena Dawson. A woman who gets on his very last nerve and the killer's next target. ❝My Demons wanted you and I surrendered to them.❞

I felt the sweat trickle down my face as I threw in punch after punch, I didn't care. The punching-bag swung back and forth wildly as a result of my assaults but I didn't stop. I could feel the sting on my swathed knuckles as they collided with the hard leather of the bag but that just made me punch harder. I didn't care about the bruises that were probably going to surface on my skin by tomorrow.

"Nate man, listen up." I heard my friend Marcus walk in.

I just grunted in response not bothering to stop my exhausting drill.

"I think that unfortunate punching-bag has had quite enough." Marcus put in dryly.

I finally ceased my work out and fixated Marcus with an irritated glare. Marcus didn't seem to mind though. Marcus was the only person who wasn't afraid of me. Instead of quaking under my glare like everyone else Marcus chose to ignore it, which is why he was my only friend.

Marcus wasn't effected by my clipped response either.

"So, a friend of his is throwing a party tonight. It's going to be pretty sick, the whole town's probably going to be there. He asked us to come."

"No." I replied coldly as I started undoing my hand wraps.

My face twisted into a scowl. Marcus was the only friend I had but most of the time I just wished he'd leave me alone. I knew Marcus meant well but that didn't make him any less exasperating.

"I don't party and I'll smile when I have a reason to." I replied in the same clipped tone.

"You're going to the party, Nate."

"I'm not and there's no way in hell you're making me."

My jaw was set as I concentrated on the road, my knuckles turning white as I clutched the steering wheel tightly.

Marcus and I were currently seated in my pickup truck, heading for that party Marcus had been talking about.

"Wouldn't it have been easier if you just agreed to go in the first place?" Marcus asked with a chuckle.

I narrowed my eyes at him.

"Sometimes I seriously question you being my friend." I seethed.

"You threatened to kick me out of the apartment!" I accused.

"It was I joke! I was trying to get you to go out and have fun." Marcus put in lightly.

"Stop here, it's a few blocks away from the party but it's safer, in case the cops decide to burst in. We can make a run for it and get out without the cops noticing us or seeing the number plate." Marcus explained somewhat sheepishly.

I just gave him a pointed look. The last thing I needed right now was a run in with the authorities. We parked the truck in a deserted alleyway, the moon seemed to be the only source of light there.

In the eerie quietness of the alley I could hear the sound of blaring music from a distance as we made our way towards the house.

The shuffling sound of feet nearby made us stop in our tracks. I looked around the deserted street, there seemed to be no sign of a living being besides the two of us.

There it was again. It was definitely the sound of someone walking, it came from close by.

My whole body tensed up.

Were we being followed?

"Whoever you are, show yourself." I demanded, my hands clenched into fists.

Suddenly a figure stumbled forward towards us from the shadows. I got ready to attack, taking up a fighting stance.

Just as I was about to strike I heard Marcus cry out,

My hand stopped in midair, I had to squint in the dim light to see properly. Marcus was right it was a girl.

"Shit." I cursed under my breath as I realized that I'd almost struck her.

"Something's wrong with her." Marcus cut in.

He was right, it wasn't hard to realize that something was definitely wrong with her. Her breathing was ragged and she seemed to be having trouble standing up.

"Help me." The girl whimpered as she started to sway. Marcus caught her before she hit the ground.

"What's wrong with her?" I questioned uneasily.

I took in the girl's attire, from her elaborate dress and jewelry it was clear that she was dressed for the party.

"I think someone spiked her drink, alcohol doesn't do this." I observed, "What do you suppose we do now?"

"Let's just leave her here and go to the party. She's not our business anyway." Marcus answered.

I gave him a glare.

"I was kidding! Let's take her to the party and leave her there, someone's bound to recognize her."

"Leaving an unconscious girl at a party filled with hormonal drunk college boys, does that really sound like a good plan to you?" I snapped.

"If you can think of anything else then I'm all ears! It's not like we know where she lives." Marcus snapped back.

I gave Marcus a pointed look.

Marcus sighed, "I suppose that solves our problem. Being a gentleman tends to suck sometimes, I guess the party's going to have to wait."

"Yeah, just help me put her in the truck."

"You're not going to come back to the party after you drop her off, are you?" Marcus asked with a sigh.

"Just put her in the truck."