Home/ Rebirth: I Am the King of the Gods Ongoing
At the moment I was killed by my girlfriend, a soul was reborn in my body, who owns the power to control the world. 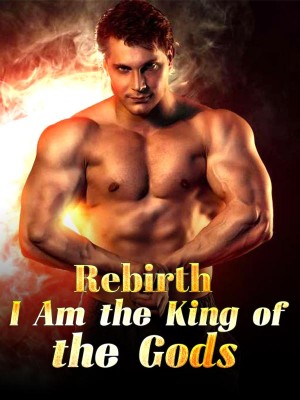 Rebirth: I Am the King of the Gods

Ji Wufeng was still a senior high school student who was only 18 years old. He was born in a super rich family and he was the only heir. His most reliable person was his cousin. However, his cousin was so malignantly ambitious that he wanted to get all Ji Wufeng's property. He hooked up with Ji's girlfriend and persuaded her to kill Ji Wufeng. At the moment he was dying, a soul was reborn in his body. It was the King of the Gods, who could control the world. "This time, it's my turn to make you guys suffer!"

About
Table of Contents
Comments (14)

"Shut your hole, if this brat doesn't die, how can you help Mr. Qin get the property of his? How can you be the daughter-in-law of the Qin family?"

In the Central Hospital of City Y, Ji Wufeng was unconscious on the hospital bed. Next to him stood a fat, big-eared, yellow-faced old woman with fierce eyes, and an 18-year-old girl dressed in tawdry clothes. Her eyes were full of hesitation, but more of greed.

A nurse held the syringe with her hands shaking, her face full of hesitation and fear.

The girl was right. There was poison in the syringe, which could fail all the organs of a human body. It was sheer murder.

The yellow-faced woman fiercely roared to the nurse, "Get it in him before I call the cops about your little human trafficking business in the hospital!"

The nurse was panicked and no longer hesitated. She walked to Ji Wufeng with viciousness in her eyes. When the needle was about to pierce in, Ji Wufeng suddenly opened his eyes.

The nurse was so scared that she screamed and almost fell to the ground.

When he saw the mother and daughter in front of him, he looked around and out of the window. His memory, which had been blurred for a thousand years, gradually became clear and surged out like the tide. His expression was suddenly horrified, and his heart was full of ups and downs.

In the end, he confirmed a fact that he was back, back to the earth's youth a thousand years ago!

At this moment, Ji Wufeng was still a senior high school student who was only 18 years old and was about to face the college entrance examination. This mother and daughter were his girlfriend Zhou Zixin and future mother-in-law Hu Xiaoli, who, quite ironically, were not there to look after him but to put an end to his life.

Wufeng's father had disappeared while he was just a boy, leaving a cosmetics company run by his mother, Qin Yi. It was a well-known star enterprise, and Ji Wufeng had a huge inheritance sitting aside, waiting for him to inherit.

However, the Qin family was so malignantly ambitious that they set their heart on taking the Ji family's business and secretly smearing the company's reputation. Thus, the company plunged into the abyss of debts, and faced bankruptcy.

At the same time, he arranged for his cousin, Qin Hongming, to play a dirty move in a basketball competition, causing him to fall and faint in the court and was then sent to the hospital.

Qin Hongming hooked up with Ji Wufeng's gold-digging girlfriend Zhou Zixin and asked her to threaten the hospital's nurse to poison Ji Wufeng. A superficial wound became an incurable disease, and in front of him, it made Ji Wufeng very angry. He vomited blood and died on the spot.

Upon hearing the news, Qin Yi, who had been exhausted, became ill. When she was seriously ill, the Qin family once again forced her to hand over the Ji family's property. Qin Yi was completely disheartened and died after jumping off a building. Finally, the property of the Ji family fell into the hands of the Qin family.

Ji Wufeng's good brother, Haozi, and the orphan Qin Yi adopted, Yanran, wanted justice. Haozi's legs were broken by Qin Hongming and he became a cripple where Yanran, who was only six years old, was sold off to a human trafficker and was then nowhere to be seen.

All the memories engraved into Ji Wufeng's bones, even after thousands of years, he would still remember them.

Seeing Ji Wufeng wake up, Zhou Zixin panicked, but soon calmed down and said with a cold face, "How could you be such an idiot? Couldn't even play basketball safely now, can you? Do you know my mom had to skip off work for you?"

Hu Xiaoli looked even more scornful. "How did you figure that you should be playing basketball when your family was facing bankruptcy? You miserable loser."

It was Zhou Zixin who took the initiative to pursue Ji Wufeng. At first, she and her mother followed Ji Wufeng's every order and cared for him. But when they knew that Ji's cosmetics company was going to collapse, they immediately changed their faces. From time to time, they ridiculed him and thought that Ji Wufeng was not worthy of Zhou Zixin.

In the end, Zhou Zixin hooked up with Qin Hongming. The two of them were even vicious enough to commit murder to Ji Wufeng, helping Qin Hongming plot against the Ji family's property.

Towards this vicious mother and her daughter, Ji Wufeng's heart was boiling with killing intent. However, he quickly calmed down. He was a glorious Immortal King, and his state of mind was extremely tenacious. How could he be disturbed so easily?

At that time, Wufeng was killed, but his spirit was not destroyed. He accidentally wandered into the Cultivation World and got the ancient wonderful Kung Fu "The Rising Dragon" and started his life of Cultivation.

Ji Wufeng was gifted, and plus the power of the Rising Dragon, he became an Immortal and was unparalleled for a whole thousand years.

However, he was then betrayed by his best friended and ambushed by the Five Supreme Immortals. They tortured him with the most crucial measures, trying to pry the secrets of the Rising Dragon out of him.

Ji Wufeng chose to self-detonate his primordial spirit as he went on a rampage, but he did not lose his soul. Instead, he returned to earth, safe and sound, a thousand years before, where everything started.

"Since you are so busy, I wouldn't wanna keep you. Anyway, I'm totally fine." Ji Wufeng suppressed his anger and laughed.

Zhou Zixin was angry and said, "You rude b*stard! Show some respect!"

"Do you think I want to be here? It's because Xinxin is worried about you and she forced me to come!" Hu Xiaoli glared at him.

Ji Wufeng sneered in his heart. "It's more like you are worried your poison won't work."

"Nurse, just get done with him so I can go back to work." Hu Xiaoli urged. It seemed that she couldn't wait to kill Ji Wufeng.

Ji Wufeng said, "Miss, why would a bruise require treatment like this?"

"I..." The nurse felt guilty and her face suddenly changed.

Hu Xiaoli glared at the nurse, and then said, "This is not the regular treatment. It's good for your body to regain strength so you can get back on your feet sooner. Come on and just be done with it. I don't have all day."

Ji Wufeng wanted to laugh. He couldn't figure out how shameless one had to be saying such blatant lies right in front of him.

"Since it's so good, why don't you take it? Consider it a peace offering." After Ji Wufeng said that, he grabbed the syringe from the nurse's hand and stabbed it at Hu Xiaoli.

Zhou Zixin's face changed greatly. She screamed, "Ji Wufeng, what are you doing?"

Hu Xiaoli's face turned ashen with fear. She turned around and wanted to run, but Ji Wufeng grabbed her and laughed in his heart. He deliberately staggered and fell to the ground, and the syringe in his hand stuck into Hu Xiaoli's buttocks.

Ji Wufeng's face was full of apologies, but his eyes were very cold. Ji Wufeng's killing intent spread out. In the past, if it weren't for the mother and daughter as venomous as snakes who killed him, the following tragedy would not have happened. Now he wanted Zhou Zixin and Hu Xiaoli to suffer.

At this moment, the phone rang. It was from his mother, Qin Yi.