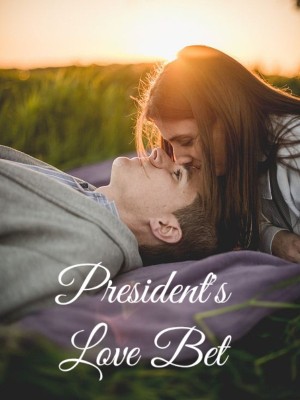 In order to get revenge on the jerk and sister, she tried her best to marry a man who was rumored to be dead. She just wanted to get revenge and leave. But one conspiracy after another, and the mastermind behind it was... him/her? ************* "Grandpa wants us to give birth to a child. My wife, shall we start now?" A certain woman glared at a certain man and did not hesitate to expose him. "Since when did you listen to Grandpa's words?" "I've always been listening. Let's make a little treasure for the old man to play with." "Toy? No, no, no, in fact, we can find a substitute..." How could she leave after giving birth to a little baby? Fall!!!

Dear sister, it took you a month to take it away. I had a boyfriend for three years. He pushed me down the stairs and I was in a coma for half a year. Now I just woke up and heard the news of your marriage...

How am I supposed to endure this?

A revenge plan took shape in her mind.

He grabbed his phone from under the pillow and quickly dialed a string of numbers.

"Xiao Fan, help me find out where Zhuo Yuchen is now."

"Okay, send the address to my phone. Thank you."

Hanging up the phone, she got out of bed directly regardless of her dizziness. She found the only long dress in the wardrobe and changed into it. Then she dressed up a little and slipped out of the hospital.

Not long after the taxi was stopped, the location of the target was found by Xiao Fan and sent over, and he was confused.

The hospital was a sanatorium in the suburbs, which was an hour and a half away from the confusion in the city.

When the car arrived at the confused door, An Shishi handed her mobile phone, which had torn down the phone card, to the driver. "When you go out, you are in a hurry to forget to bring cash. The mobile phone is used as the fare for the car."

The confusion was the biggest night club in City Z, but there were also grades inside. Anyone could come in and play in the Spring District. As long as they could afford it, this kind of situation was generally only for men and beautiful women could go in and out freely.

The summer district, the autumn district, and the winter district had different identities.

They went all the way to the confusing spring district. People came and went, and men and women's clothes were exposed. Her long dress became different.

Her big eyes in the hole moved slightly, and she walked to the bar counter. "Let me borrow the handsome man's scissors."

With just a slight change in her clothes, an old man immediately came up to hit on her and took advantage of the old man's lust to successfully go to the Winter District.

Sure enough, their levels were different, and the atmosphere was also different. The Spring District was more like a devil's den. The Winter District was like... a wolf in human skin, but its way of playing was still the same.

Along the way, they searched for the bathroom. There would always be a few teams hugging each other lovingly in the corridor.

Humans, it was true. No matter what kind of people they were, they could not escape from a desire.

Walking into the bathroom, she crazily washed the hands that the old man had just held. It was really disgusting. She had never thought of using beauty to confuse anyone in her life. She didn't expect that today... she would also use this method to achieve her goal.

She glanced at herself in the mirror with disgust. When she thought of the anger in her heart, the corners of her mouth curled up a little, and her eyes were fierce.

"Zhu Kaizhi, An Cong, you owe me something. I'll make you pay double," she said to herself before leaving the bathroom.