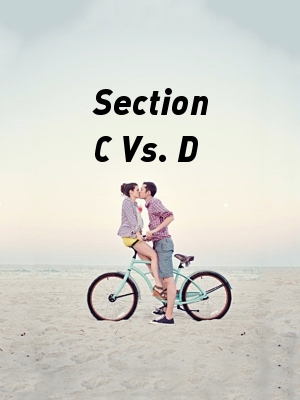 Who would have thought that only one woman could change everything. A woman who used to be gangster before, a woman who is just caught in the chaos of two enemy Sections. At first she didn’t know if she would be happy with the Section she had entered, but she found the real friend, the real Family to love her. But what if it's all just a game? What if everything is just pretending? what if the people she considered Family only told her lies?

I heard three knocks in my room before I got up. It's a nuisance, i'm still sleeping! Brrr!

"Marty, open the door!" I heard my cousin Jade shout outside my room.

I woke up because it was my first day at school today even though the class started two weeks ago.

"Do you know what time it is?" She asked annoyed.

I was so hard on myself. She really looks like a man when it comes to acting and dressing. She's just a little bit of a man.

"You'll be late! So hurry up and act because I'll deliver you. I'll be late for you too." She annoyed said.

"Yes, it's time to take a bath!" I immediately went into the bathroom.

"You still look like a turtle when you act." She said. Teasing me.

"Pch! Lesbian! " I shouted but she just laughed at me.

At least she can't be hurt because she's really a lesbian and she prefers that. She prefers other people to see him as a man. I don't know about that and my name is enviable, Marty should have just been named after her by her mother who is my Aunt of course.

Than Jade, too feminine. We laughed when she said that when she has lot of money she will change her name to Jude.

Pch! it just seems that easy!

I don’t know what time I finished, as long as it matters I finished. I got in Jade's car, I could see the irritation on her face.

"So I don't want to deliver." I whispered.

She turned to me. "Did you say something?" She asked eagerly.

I shook my head. "I said I wish I had a female cousin, because you're all men, you are a woman but---"

"But what?" She was cut off from what I was going to say.

"You know what i mean. Just drive."

"Don't talk about it, you might be a lesbian too!" She said and I rolled my eyes.

"Never! As in nevaaahhh!" I said and then I parted my hair.

"You used to be gangster and brat woman." She laughed

I was blown away. "At least I became famous at that school. Not just for beauty." I said holding back a laugh.

"In nonsense." She added.

"You're serious! Nonsense right away? Isn't it possible because I'm just cool to look at." I looked at her annoyed.

She suddenly laughed. "What's so cool there? Almost all of student are mad at you and then others want you to bring in guidance."

it's a bit difficult to talk to her, she doesn't want to lose. I'm not really proud of my previous life and what I used to be. I close my eyes and lean back. I still try to bury my past in oblivion.

I am currently living with my Aunt Miralda who is the mother of my three cousins. They also study with me. I also haven't seen my Mother for a long time, she just left me with grandmother and grandfather, and because grandma--- died because of what I did ----, so grandfa gave me to Tita.

As for my Dad, I haven't seen him yet, I don't even know his name and his face. As long as Aunt said, I was just a child when Dad left us. I also seem to have a brother but Dad took him.

cousin Jade has already stopped the car. Before she could speak I went down.

"Hey, Marty! Don’t make a fool of yourself!" She shouted

As I promised them I will not make a fool of myself and will change.

It looks nicer and more spacious than I used to work at, and I’m lucky with it too. older cousin Mike

supports the school after all. He does not own it, he is the only one who supports and gives money to fund this school. But I still doubt if he really not own this school. I looked at the ID Sis Jade gave me. Section C i. I put it back in my skirt pocket. The style of uniform is also good. The skirt is striped blue, there are also neckties for women or men, it's just thin with us.

Others I see, make the nectie headband.

I approached some students and they were talking. They are all women so I'm more comfortable asking.

"What is it?" the one asked with a large frown on his right cheek.

"Where is 4-C here?" I asked and they looked at me at the same time.

"Are you sure you are section C?"

They asked one by one I also looked at their reactions.

It's good that I still memorize.

"Ahh, there's Ms. Soriano with the highest building here." One pointed to the tallest building that looked just near the Gymnasuim.

"Just look for the 4-C on the door." Another said.

"Okay thank you." I put my ID back in my pocket.

I started walking towards that building, it was a bit far but I could see it because it's height.

While I was in the hallway, they stared at me.

I'm an actor right away!

"Why did she just come in?"

I looked at the last speaker. Psh! I know I'm cute and I'm small but I'm not that young.

I got to the first floor. I haven't read 4-C. Everything I read was Art room, music room, ball room dance and library. Wow! This school is wide!

What if I get lost here?

When I got to the second floor, I read in the laboratory next to it that it was 4-A and then 4-D.

I could hear the excessive noise in 4-D like crazy animals at the Zoo.

Severe ear pain. Are they not rebuked?

Suddenly the 4-D door opened and a man suddenly looked at me, arching eyebrows and looked at me while chewing bubble gum.

"What are you looking at?" He asked rudely.

"Am I looking? I thought I was watching animals at the Zoo earlier so I suddenly stopped." I said calmly.

There we go again!!

"Oh no, it's just a face but promise, I'm 4th year." I forced a smile and scratched my head very hard.

But the truth is I'm disgusted!

I stared at him. "Atleast alive!" I started walking before I was filled with that man.

I went up to the third floor again, and this time I found my section. I opened the door and they all stopped.

The few of them! Is this class still normal. Just four girls? then I add five. Oh that's not normal! Can those women stand it?

I walked slowly even though I didn’t know where I was going to sit.

"Is anyone sitting here?" I asked in the two vacant seats.

Second to the last.

"You think there is?" A man in the back answered. "Hehehe just a joke. There's only one vacancy there, the one sitting there is absent."

I nodded and just sat down. It looks like they have no intention of talking to me, they also know that their classmate who is also my classmate is my cousin.

But he doesn't talk to me. Ge was hot blooded with me for reasons I don't know.

"Are you sure you're 4th year? You look like 2nd year!" The one behind me asked again.

I would have answered when the adviser suddenly came.

"Ms. Soriano your cousin allowed you to introduce yourself in a front of your classmate." He says.

"Your older cousin Mike." He answered that it was a reason for my classmates to murmur.

"Hey Bryan why didn't you tell us?"

Do you know my Cousin?

Probably 'Yes'. And I really doubt if he is really just a supporter of this School or if he is the owner of this.

"Ah sir can I know your name first?"

"Sir Harvey. Just call it that." He said and smile.

"How old are you?" Another woman asked.

"17." I answered but I could see in their faces that they did not agree.

"Okay go back to your seat." As Sir Harvey said I went back to my seat.

First subject is Math is really the first, I don't know anything, as long as it's important I'm not absent. I'll just tell my older cousin that Sir Harvey is not good at teaching.

After two subjects next is my favorite subject. There is nothing else but taking a break.

I was about to get up when I noticed that my ID was not in my skirt pocket.

Damn! Where it is?