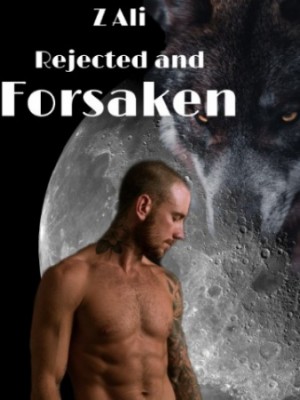 What would a young wolf do when he got rejected by his mate and pack? David, the true heir of the Red Moon pack, had to face that. His only support, his dad and grandpa died in the war against vampires, and soon, someone poisoned his grandma.... leaving him all alone. What’s worse? He was framed and accused of his Grandma’s death. He flees into the dark forest, where their sworn enemy, the vampires, lives. He finds friendship among them. However, he keeps his true self hidden until he realizes that the vampire princess is his second chance mate. Will he be able to hold back? Will the king accept their relationship? Or throw him in the dungeon? Read to find out….

About
Table of Contents
Comments (18)

Marsha found herself on a barren land. It seems as if there had been little to no life in that place for some time. The air was hot and dry and there were ugly cracks on the ground. The scorching sun burnt the whole place, including her delicate skin.

Marsha tried her best to shield her eyes from the glaring sun. But then a kick in her abdomen made her realise that she was not alone. Placing one hand on her swollen tummy, she looked around for a shelter. But this place was empty, not even a single tree.

“What is this place?” she murmured to herself. “Hello? Anyone there?” she shouted. But her voice only got lost in the thin air. No one was in the ear shot. Or so she thought.

“Don’t panic. Don’t panic.” She told herself, trying her best not to freak out.

“Marsha.” A deep raspy voice made her turn around. What she saw made her scream. In front of her stood a huge wolf-like man who’s eyes burnt like an angry furnace. With fur all over his body, he stood tall on his hind legs and definitely looked bigger and better than any wolf she had encountered.

She too was a wolf, but never in her life had she seen a wolf like this.

“Don’t come near me.” She ordered in her Luna tone. But apparently that didn’t work on this beast.

“Don’t be scared, child.” Another voice, just as gruff but lighter than the other one, came behind Marsha. Fear gripped her heart as she turned around to find that she was surrounded by similar creatures.

This was worse than a rogue attack. She thought.

“We just wanted to meet our descendant.”

Marsha’s face contorted in confusion. “What?” she whispered, her previous feelings of agitation slowly vanishing.

“You, child, you are our descendant. And what you carry in your womb will be the greatest wolf of his time. He will face a lot of hardship. But he will have to and face it on his own.” One of them tried to explain.

“What exactly are you?” she asked.

“We are the great lycans. It has been decades since the last lycan lived. And now, it is time for the next one to appear.”

“But.... aren’t the lycans a myth?” Marsha wanted to know more but all she got was a smirk right before they started to fade away.

“No....wait. you cannot leave me like that!” she screamed.

Marsha woke up when her mate shook her fiercely. She had been screaming and whimpering in her sleep.

“Who is going to leave you?” Devin, her mate questioned. But all she could let out was a whoosh of breath to calm her racing heart. Devin shook his head and placed his hand on her belly.

“Now pup. Don’t disturb mommy too much ok?” he said and kissed her forehead. “Try to sleep babe.” He added and turned to one side.

Marsha stared at the ceiling, her eyes wide open. Sleep was the last thing she could do. With the additional weight and discomfort she had to endure, the dreams made it impossible for her to sleep. Soon enough, Devin’s snores indicated that he had dozed off.

“I wish I could.” She whispered.