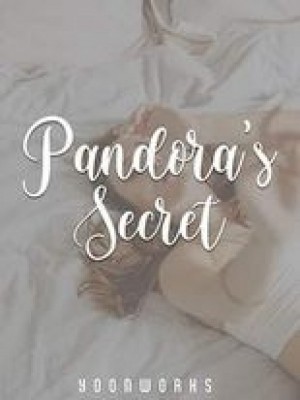 When all Tokyo Helisse does is annoy the youngest member of the famous band, SHADOW... Tokyo just wanted everything to be easy. She more importantly, just wanted peace for her group but after her friend got associated with the boy group SHADOW, everything just ends up being messed up. From being all annoyed with the man to suddenly feeling something different for the man he used to hate... how will she handle it?

A groan escaped my lips after I saw Alex, my childhood friend and co-artist, winked at me after catching me staring at SHADOW's Golden member. Grey is one-seventh of that famous boyband in the world and my nemesis.

Alex chuckled at my irritated expression and I would be lying if I'll say that I'm not tempted to raise my middle finger on him.

I would if we are both not standing in front of a huge crowd and several more artists as we attended an Awards show where both of us are present. And me being an artist like him makes it harder for me not to see him.

As much as I would like to knock some sense over my childhood friend, I decided otherwise. I will not let him have the satisfaction of having another secret that he can hold against me.

A long sigh escaped my lips as I focus my attention on the crowd before me.

However, my brain seems to have a mind of its own since I found myself reminiscing a scene that had happened two years ago, back when I was still a trainee and the Golden youngest member from SHADOW didn't even realize that a certain Tokyo Helisse existed.

"What was the title of that book again?" I whispered to myself as I scan through the books on the shelves before me.

I mentally scolded myself.

Why did I never pay attention to what Max had been saying last time?

Zanaya just came back from Australia and she was so pissed off. We were asking her what's wrong but she never said a word.

Now, here I am in a bookstore trying to find that book that she had been gushing over since God knows when but I can't seem to remember the title.

My index finger had been busy passing over books until my eyes landed on something.

Looks interesting, should I buy it instead?

There is only one book left.

As I reach out for the last copy, my eyes went wide as another hand took a hold of the book at the same time that I did.

My head snapped towards the direction of the owner's hand and I was greeted by a pair of beautiful dark blue eyes, his face covered with a black mask.

Without even knowing, my heart started beating like crazy. Dude, he sure look hot. WTF.

I scanned his body and realized that he is actually wearing a white shirt tucked underneath black ripped jeans and brown Timberland.

Shit. He's wearing the same color of Timberland as mine.

He was wearing a long black coat but I was sure his body is muscular, judging from his stature.

"Done checking me out?"

I was startled when I heard his sweet voice. All the hairs at the back of my neck stood up.

What the actual fuck?

I was still staring at him when I heard him chuckle before pulling the books from my grasped.

That totally took me off from the trance I was caged in.

Thank God I was also wearing a mask but I was sure my cheeks are burning red from embarrassment.

God, Tokyo, why do you have to check him out?

"Are you a fan?" he asked as if too sure about himself. "Sorry but I'm not allowed to take pictures right now." he said politely but I was lost for a moment.

"Oh, you don't know me?" this time, he was the one looking confused.

"I'm sorry, I don't. I'm just here for the book." I tried to sound civil and I reach out for the book on his hand but he was so fast to move backward.

A grunt unintentionally escaped my lips and I had to stop the urge to laugh at his reaction.

He seemed so lost and confused.

"Did you just rolled your eyes on me?" he asked, baffled at my reaction. "Sorry, but I found this first." he scoffed before raising an eyebrow at me.

This time, my brows furrowed.

"Excuse me?" I asked, taken aback by his rudeness.

And yeah, I did roll my eyes on him because he's acting so full of himself.

"I said I found this first." he stated before removing his mask, showing his face to me.

My mouth went agape as I realized who he is.

A smile tugged on the corner of his lips after noticing that I finally recognized him.

Jerk. You think you're all that, huh?

Calm down Tokyo. Don't let the fucker ruin your day.

I pulled myself together before raising an eyebrow at him.

"I'm sorry but I was sure my hand reached for it first. So, it is right to say that I found it first, mister." I purposely did not call his name. I cannot give him the satisfaction of knowing that I indeed recognized him.

"I can't believe this." he chuckled. "Do you really not know who I am?" he asked.

"No." I deadpanned answered. "Why, are famous?" I asked innocently. "I doubt you're famous, you're not even good-looking."

His eyes went wide at my words and I swear he looked mad for a moment.

I had to stop the urge of biting my lip as those words escaped my lips.

Of course, he is famous. He is Grey Simons of SHADOW. And he definitely is so handsome. Fuck. He is drop-dead gorgeous.

But I won't admit that.

I looked around as we heard a few people gasped.

"Oh, that’s Grey Simons right?" a teenager told her friend. And soon enough, a few packs of people is now looking in our direction.

"What is she doing? I she trying to flirt with our oppa?" I heard one girl said and I swear I had to ball my fist in order to stop myself from flipping on the girl.

Oppa - a Korean word used by girls to call their older brother. It can also be used as an endearment or sign of affection

I looked back at him and noticed the amused expression showing on his face.

Just then, a sales clerk moved in our direction.

"Is there a problem in here?" she asked but her eyes focused on the guy before us.

I rolled my eyes once again. Of course, the lady looks like she's just my age.

And the fucker, in my annoyance, smiled broadly like he isn't rude to me earlier.

"Well, this lady over here was trying to get this book that I got first." He said, his voice sounded innocent and I wanted to smack the daylight out of him.

The lady turned her attention to me and glared. "Excuse me young lady but this man definitely got the book first. I saw it with my own eyes."

A crowd started to form us and I pulled my cap downwards when I realized that a few of his fans have their cameras directed to us.

Thank God Tokyo for being clever by hiding your hair inside your hoodie and wearing a cap.

Even if his fans recorded us together, my eyes are the ones that can be seen on it.

"I can't believe her. She's asking for attention."

My eyes squinted at those words. These people are making my blood boil.

It was all this stupid guy's fault.

My eyes snapped on the lady who was still glaring at me. I fixed my cap before glaring at Grey then back at the lady.

"I was so sure you were busy flirting with the other employee earlier that's why I did not ask you for help. Anyways, whatever. Go flirt with that rude idol all you want. I can spend my money somewhere else where I can be well-accommodated."

I flipped her off and gave one last glare to the shocked expression on the idol in front of us before I turned my back and headed out of the store.