Home/ The Arrogant One Ongoing 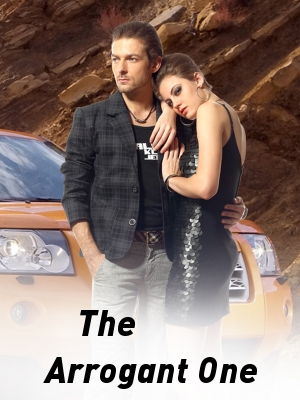 A rollercoaster and steamy romance that will leave you in trill and confused as the protagonist decisions. The story of the hotel's CEO and his secretary. This story contains mature scenes, a love triangle. The story contains strong emotions and vulgarity of the characters.

I fixed all my tasks before leaving my desk, I glance at my wrists watch, and turned my computer off. I enter the elevator and push the first-floor button.

Working as a secretary of one of the biggest chains of hotels is not easy. Sir Franco didn't go to the office today because his schedule is to have a bonding with his wife.

Such a good husband.

Once the elevator opened I easily saw my friend heading towards me. She's also a hotel worker. A front desk one.

"Are you done?" She asked me tiredly.

"Yeah, "I answered her. I pick up my bag and we started walking to the exit. We bid our goodbyes to our co-workers also.

Francine is my friend. Or should I consider her my best friend? We shared the same apartment. Unlike me, I live alone for almost 13 years of my life. While Francine is not. She has a complete family. But she chooses to move out of their house.

"Have you heard the news?"Out of a sudden. She talked before I opened the door of my car.

What news? I turn my head slowly to her.

"About the new CEO of Bencivengo Hotels. Oh, my gosh! I'm so excited to meet him!" She squealing an idiot after saying the information.

What's wrong with this woman!

I get my car keys inside my bag and open the door of my car. Francine did the same but I saw how her check flushed. I ignore her. I sat in the driver's seat and put my bag on the other side.

"Let's continue talking when we got home," I told her and start my car engine.

The drive from the Bencevingo Hotel is not far. It's only 35 minutes away. Quite far.

I always dreamed of having a mother and a father because life is cruel if you don't have them.

I snap from my thoughts and park my car in front of our apartment. It's not small. It's pretty big for the two of us if I'm the one who will choose I probably choose the small one.

Francine wants this size of the apartment and she made a deal that she will pay 60% of it. Oh well... Her father who's a doctor continues to send her digits, even she move out. At first, I didn't agree with her deal because I want a fair living. But she only accepts 40% of my rent. I can afford it but I'm saving.

"I'm so excited for next week! Isabell! We're going to meet the firstborn of the hotel's founder!" When she gets out of her car, she attacks me with a loud squeal again, murmuring about the new CEO.

How the heck I didn't even know this news?!

I'm the CEO's secretary and I didn't even know this news!

Am so occupied? Maybe.

Or my friend is lying or did she heard it wrong.

Nah! It's impossible to change the new CEO out of a sudden.

"Nah! What if you're going to meet him in person as if he will notice you, Fran." Honestly, that's my thought right now.

Earlier, I'm shocked because I thought the hotel founder Franco Bencivengo only have two sons.

Yeah, I know about Sir Franco's sons. The two are named Rayden Bencivengo. The pilot and the jolly one. I met him many times but we didn't talk. I also met the second son. Valentine Bencivengo. Unlike Sir Rayden, I don't know much about Sir Valentine. After meeting him in the hotel's lobby one time when his with Sir Franco and Sir Rayden, I didn't see him again.

"How can you say that, Isabell?" She fired back.

I smile weakly. Simple... Because I just think so.

"Rayden and I are friends. Maybe his older brother is the same too!" She said confidently.

I shrugged my shoulders and continue to walk inside the apartment. Not minding her rants about whoever she's talking about.

Francine is always like that, she wants to make friends with men and I don't know what's the reason.

Anyway, it's none of my concern.

If she feels happy having many men friends then I support her.

"Long day of work!" She sat on the couch. Putting her bag on the table.

I also put my bag on the other couch and leave her there to get some cold water. I heard her following me.

"Francine, why don't you get a condo and why didn't you choose to study medicine? Why did you choose to work in the hotel?" I ask her curiously. We've friends for year's yet I don't know why she doesn't want to study medicine like her father. The thought of being a doctor is nice. But lawyer is still the best. For me.

Francine gets the glass of water and drinks it. She looks at me for a second. Then she laughed!

"Are you kidding me, Isabell? Me?" She points herself. She's still holding another laugh. "I don't want medicine because it's not my passion."