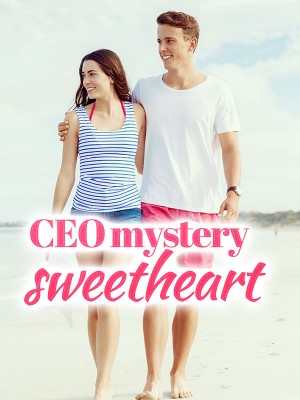 Ye Wanwan attended the wedding, got drunk, and met a wolf. The night was absurd, and she was pregnant! She wanted to keep the child alive. But the man disagreed. She was ready to run away with the ball, but she was caught on the spot. She was blocked by a man in the corner. "If you want to keep the child, marry me. After two years, you will divorce. Don't touch me, you can't even hold my hand." Ye Wanwan rolled her eyes. Hand in hand? Dream on! Unexpectedly, after the marriage, the man slapped his face. "Honey, you are afraid. Let's sleep together tonight." "I'm not afraid. "I dreamed that I was scared and wanted to sleep with you." Ye Wanqing: "Shen Shaoting, don't lose face!" A certain wolf. "What is a face?"

Ye Wanwan's eyes moved slightly and when she woke up, her first reaction was that her entire body was in pain.

Instinctively, she lowered her head. There was nothing on her body, not even her underwear.

Looking around the room, she seemed to be the only one there.

The bright red on the sheets and the clothes scattered haphazardly by men and women on the floor fully indicated that something had happened last night...

How could she lose her virginity after being a bridesmaid for the second time?

Panting, she sat up from the bed all of a sudden. Cold sweat broke out on her back. She quickly grabbed the phone on the bedside table and called her best friend Chen Yuanyuan.

"Last night, you were so drunk that you couldn't even tell north, south, east and west, so I had to take you to Shen Ya's suite slope 2, what's wrong?"

"Who else in the room besides me?"

The hand holding the phone slowly dropped. Ye Wanqing closed her eyes and felt her mind in chaos. Rumbling sounds rang out.

"Prepare the clothes and send the suite wall 4." A deep voice came from the direction of the bathroom door.

"Is there anyone else in the room?"

Stunned, Ye Wanwan looked up. The man leaned against the doorframe of the bathroom, his white bathrobe wrapped around his sturdy body.

She opened her eyes wide in shock and looked at him in shock. "Why are you here?"

Wasn't he the groomsman at the wedding yesterday?

Chen Yuanyuan didn't say that she was alone in the room. Then what was going on with him?

"Well..." Shen Shaoting seemed to be a little careless. She looked as if she had seen a ghost and sneered, "Your acting is brilliant enough to be an actor, more than enough."

Hearing this, she frowned. "What do you mean?"

Shen Shaoting squinted his eyes and sized her up. His gaze suddenly turned cold as he slowly raised the tail end of his sentence. "First I'll draw attention, then I'll sneak into the room while I'm drunk. I have no choice but to deny that a series of arrangements are very appropriate..."

Ye Wanwan suppressed the fire burning in her heart and her expression turned cold, "Are you sure you don't have delusional symptoms and don't need to go to the hospital?"

The light gathered in Shen Shaoting's eyes instantly became dangerous, but more cold. He sat down on the sofa, crossed his long legs, and lit a cigarette.

"You should pay for it. Since you have given it last night, you deserve it. Tell me, what do you want?"

"He is seriously ill!"

The drifting smoke caused Ye Wanwan to cough lightly a few times. She reached out her hand to pull the blanket around her and asked, "What's the number of your room?"

Squinting his eyes, Shen Shaoting changed into a comfortable position and looked at her calmly. " abode 4. "

He was a little interested in what she wanted to do...

Ye Wanwan didn't look at him anymore. She found the front desk's number, called him, and opened the handsfree. She felt a little nervous, "May I ask what's my room's number?"

The reception staff at the other end of the line was clearly stunned. A moment later, a sweet female voice could be clearly heard from the receiver, "Dear guests, your room number is AGREEMENT2..."

"A indictees?" Shen Shaoting raised his eyebrows and his body was slightly stiff, but it only took a moment. It was too fast for people to catch.

But he cursed in his heart, "Damn Ji Chenyi!"

Earlier, there were still some who didn't dare to confirm that something was wrong. Now that Ye Wanwan's heart had settled down, she had some confidence.

"What explanation is Master Shen going to make now? His acting skills are superb, and there are also a series of excessive appropriate arrangements. Pay and pay. Don't you think it's ridiculous?"

With confidence in her heart and her tone, she changed from a hen that had just bowed to an aggressive one with its head held high.

"Before everything is cleared up, shouldn't you draw a conclusion too quickly? The victim was me, not Mr. Shen. Should Mr. Shen apologize to me for those words just now?"

Ye Wanwan lifted her head and looked at him with her chest out of the air. The lines of her chin were as sharp as a knife and had a man-like sexiness to them. However, her eyes were as deep and dangerous as a leopard's, making people nervous and nervous.

But even so, she still wanted to wash away her guilt and defend her dignity. If he did not apologize, she would definitely pester him to the end!

When she was having sex, a deep voice suddenly came, "I'm sorry."

He apologized so easily that Ye Wanwan had yet to react and stared at him in a daze.

The cigarette butt was twisted out in the ashtray. Shen Shaoting raised his chin slightly and rubbed his forehead with his fingertips, "Sorry, I drank too much last night and went to the wrong room."

Ye Wanwan was prepared to fight him, but he had already apologized. If she continued to cause trouble, it would seem like she was being unreasonable.

She had always been a reasonable person, and she was a soft person.

Besides, she didn't want to make things worse. After all, it was Shen Ya's wedding, which had a bad influence on her.

There was nothing to say, so she simply did not say anything. Anyway, it was the first time that she had lost this thing that could not be changed. At this time, she only wanted to leave here.

She grabbed the underwear and got into the quilt and put it on.

Shen Shaoting's gaze fell on the fur bug-like quilt. He raised his eyebrows and his thin lips curved into a smile. "Miss's occupation is?"

The wiggling quilt stopped. Because the quilt was covered, her voice was somewhat dull. "Teacher."

"I see. When you called the front desk just now, you couldn't be sure who did the wrong thing. After getting the answer, you really look like a teacher with righteous words..."

His gaze was still on the blanket, and Ye Wanqing's body trembled when she was seen through. She didn't say anything and only increased the speed at which she put on her clothes.

When she came out of the quilt, her cheeks were reddish and beads of sweat even appeared on her forehead. The moment her toes touched the ground, her legs went soft and she almost fell to the ground.

Her hands quickly rested on the bed, and her eyes inadvertently met the bright red on the sheets. She was stunned and felt a stabbing pain in her heart.

The white sheet was bright red. It was really glaring!

Following her gaze, Shen Shaoting naturally saw the bright red color. His expression was lazy and casual. He was unusually indifferent. "Since it is my fault, then it will naturally be made up for it. So you can put forward your own demands, oh right..."

The words paused for a moment. He looked at her and said, "It's completely possible to repair the film..."

Ye Wanwan held her breath and her chest heaved up and down out of anger. She gritted her teeth and spat out two words, "Pervert!"

After that, she walked forward without looking back. Just as she was about to walk out of the suite, Shen Shaoting strode towards her and grabbed her wrist from behind.

"Is there anything else?" Ye Wanqing looked at him angrily.

The man in a well-ironed suit knocked on the door. After getting the permission, he came in and said without looking sideways, "President, this is your clothes and an emergency contraceptive."

The night of the two strangers was absurd. It was necessary for her to have an implant after drinking it. Even if he didn't ask her assistant to take her, she had to drink it after she got home.

Since he had already bought it, why should she do this again?

Following the instructions, Ye Wanwan took an urgent contraceptive pill and walked forward. She was already at the door. She seemed to have thought of something else and suddenly stopped. She turned around, a little mocking.

"Is Master Shen's charm comparable to the star Liu Dehua or the RMB? Although it is really attractive, isn't he overconfident?"

His long fingers, which were buttoning his shirt, stopped. For the first time in his life, Shen Shaoting was really stunned on the spot...

After a while, his eyes deepened and he put on his clothes elegantly and elegantly. His ink flowed and he looked mellow and charming...