Home/ You Lit a Fire in Me  Ongoing 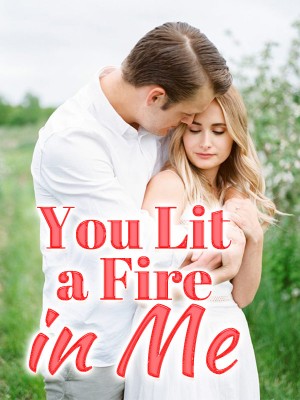 You Lit a Fire in Me

Everyone knew that Qiao Qiao had a crush on Xiao Jingyu. Six years later, he would get what he wanted and marry her. She had thought that everything would start well. Unexpectedly, the man suddenly fell out with her and went abroad overnight. A year later, when Joe was about to divorce Mengmeng, President Xiao, who was originally reserved and cold, became a wolf and milk? "Qiaoqiao, you are mine. If you dare to escape again, break your leg!" "Dear, how can you get married again? You're crying." Joe waved the divorce certificate in his hand and said, "See? You gave it to me!" The man pressed her to the corner and stared at her in his arms with his scarlet eyes. His hot breath was imprinted in her ear, and he said, "Well, I forgot to say it. You also gave me a ride."

"Qiao, I saw your husband entering the Weiss Hotel with a woman. Come on!"

It was 10 o'clock in the evening. As soon as Joe finished washing up in the wedding room, he received a call from his best friend, Ningning.

"Really! When I went to the club to send information to my father today, I saw him putting his arms around a woman from a distance! If it weren't for the fact that I couldn't walk fast in my high heels, I would have smashed this jerk with my high heels!

"If I call him that, I'll know that he's going out to flirt with someone with such a pretty face!"

Following that, he received a message from his phone.

When she opened it, she saw a very clear photo.

She looked at the photo. The handsome man was his husband.

However, the man's tall figure leaned slightly against a plump and enchanting woman.

The woman's figure was somewhat similar to hers. Her face was covered and could not be seen clearly, but she felt a little familiar.

Seeing this, she could not help but clench her fists and let out a bitter laugh.

Her husband, Xiao Jingyu, went abroad overnight the day she got her marriage certificate.

Over the past year, she had thought of him holding a beauty and a bosom friend on his right...

But when reality really appeared in front of her eyes, she still felt uncomfortable.

She felt so uncomfortable that she couldn't breathe.

She had thought that the separation of the two banks over the past year had already worn her down.

But she knew that it was impossible.

How could she not care?

How could a man who had been engraved in his bones for six years forget it so easily?

Six years ago, she met him, who was about to die after falling into the water, and tried her best to save him. Therefore, Old Madam Xiao appointed this marriage.

At that time, she didn't know that he didn't want to get married at all...

Therefore, the man just wanted to repay his benefactor and become his wife...

He felt that she was full of scheming and did not even give her a chance to officially meet him.

Now that he was back, she knew nothing about it.

Joe stopped thinking about it and looked at the photo, his heart aching.

Even if he wanted to hug her left and right, she was still his wife.

Whether he wanted to disgust her or use this to divorce her, she wanted to hear his own explanation!

Joe took the car and rushed to his best friend's address.

She opened a room for herself at the front desk. As soon as she entered the elevator, she saw a man walking in while making a phone call.

The man gave a sinister smile and lowered his voice.

The name was so familiar that Joe could clearly hear the man's conversation.

Suddenly, her heart was in her mouth.

Was the Xiao Jingyu he was talking about the same name as her husband, or was he her husband?

She steadied her thoughts and calmly took the room card. Like a stranger, she followed them to the elevator.

Watching him bring a woman into the room first, he slammed the door shut.

Worried that he would be in danger, she had no time to chase after him and went straight to the 2203 mark.

The door was closed, and the lights were not turned on. Two red candles were burning, and the flickering flames lit up the whole room, giving it a warm feeling.

On the red sheet lay a tall man.

She leaned in to take a look. It was none other than Xiao Jingyu!