Home/ The Rise of Dragon Temple Ongoing
As the founder of the mysterious and powerful Dragon Temple, I had a beautiful wife and an adorable daughter who were bullied by my enemies. 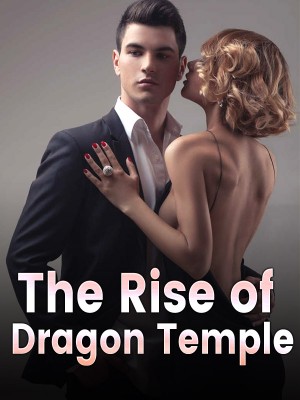 The Rise of Dragon Temple

All my family betrayed me five years ago, while a stranger girl saved me. At that time I was drugged, so I took away her virginity and made her carry my child. I didn't realize I had a daughter until I received a phone call five years later. The little girl was crying and called me dad, asking for my rescue. As the founder of the almighty Dragon Temple, I was unable to suppress my anger anymore. I rushed to my daughter and found her eating the pig food!! Within 1 second, I made the gang die miserably. But with an unknown reason, I went blank and lost consciousness... That's when three thousand of elites came to me, trying to save me and my family!

About
Table of Contents
Comments (140)

"Mom said I shouldn't disturb you, but I'm about to be killed by these guys. Can you save me? Dad, I miss you so much..."

Joseph Dawson received a call. In an instant, he was shocked, and even his anger was surging from within!

That was his daughter!

"Quick, get to Frogua as fast as you can!" Joseph roared with veins popping out on his temples. The tension was so immense, as if it was about to erupt at any time.

"Find out where this call came from. Hurry!"

Joseph was both anxious and furious at the same time.

In fact, his subordinates had never seen such a panicked expression on Joseph. Thus, they were shocked and dared not hesitate.

One drove, while the others immediately began to search for the location.

As such, the military off-road vehicle rushed to Frogua at a terrifying speed.

In the backseat, Joseph trembled all over. He continuously clenched and relaxed his fist. While heavily panting, he even started to tear up a little.

Earlier, he received a call from a crying little girl. While sobbing, the girl asked if he was her father. If so, could he save her?

Joseph then asked who she was.

The little girl replied she was Chloe Mooney, daughter of Paige Mooney and Joseph Dawson!

At that moment, Joseph seemed as if he had been struck by lightning.

On the phone, Chloe cried and begged for help.

It appeared that someone was trying to beat her up, and someone even took her mother away!

Suddenly, Chloe's scream was heard from the other end of the line. Perhaps someone had destroyed her phone, so the call immediately ended.

As such, Joseph's eyes turned cold and murderous. Someone was beating up his daughter!

The driver felt a chill down his spine. He felt as if Joseph was not behaving like a normal human being at this moment, but more like a monstrous beast.

Thus, he drove at a much faster speed, surpassing his own limit.

Joseph Dawson was the descendant of the Dawson family, a wealthy family in Frogua.

Six years ago, his mother died of illness. Following that, he was driven out of the family by his stepmother. On the same day, his fiancée even broke up with him.

As Joseph was under pursuit and about to face assassination, he had no choice but to flee from Frogua and seek refuge with his friends abroad.

However, he had not expected that his good friends would poison him, intending to hand him over to the stepmother.

Joseph was in the depths of despair. He was kicked out of his own family and then betrayed by both his fiancée and best friends. All these things shattered his confidence.

He even thought of committing suicide.

His enemies were too strong for him to defeat.

One night, just when he was about to give up, he was saved by a girl.

That girl was Paige Mooney.

At that time, Paige recently graduated, and she had wonderful expectations of the whole world. In his impression, she was beautiful, gentle, and energetic.

After saving Joseph, not only did she not dislike him, she even took good care of him!

It was also because of her that Joseph felt warm inside.

However, because of the poison in his body, he often became unconscious at night.

The morning before he left, Joseph noticed there was something wrong with Paige. Nonetheless, she did not say anything, so he did not take it to heart.

After that, he left Frogua full of vengeance.

Therefore, during the five years abroad, he had fought his way out by killing many of his enemies, and the legendary Dragon Temple was born.

There were many experts under his command.

At this time, he finally had the strength to seek revenge!

That night, after destroying one of the most powerful underground clans, the Hollowtalons Organization, he planned to return to Frogua. However, he did not expect to receive a call from his daughter at this moment.

At this point, Joseph finally knew that he had hurt Paige.

Until now, when he thought of this, his body would tremble, and his mind would be full of Chloe's quavering voice pleading for his help.

If there was no Paige, there would not be him, Joseph!

Of course, he would not have his precious daughter, Chloe as well.

Paige was a ray of light in Joseph's dark past!

This time, he was going to repay Paige, hoping to protect her forever!

After all, he knew that she remained unmarried all this while.

If he had not suddenly received this call today, he would not have known that he had a daughter.

Indeed, his life was extremely miserable in the past. He was even disliked by his own family in Frogua.

The only source of warmth came from his mother.

At this moment, his mother had passed away. Paige, the most important person in his life, seemed to be in danger. How could he remain calm?

The moment he thought of Chloe's crying voice on the phone, he could not help but tremble.

"Are you my father, Joseph Dawson?"

Joseph closed his eyes in agony. He could not believe who would be so cruel as to abuse a four or five-year-old girl.

As soon as he thought of his daughter's suffering, Joseph's usual elegance and calmness were all gone.

In the night, his ferocity and murderous intent was intimidating.

The surrounding clouds were all retreating, as if they were all avoiding this monster.

Joseph was practically the God of War at this moment as he controls the strongest organization in the world, the Dragon Temple! Now that his little princess was being tortured, how could he let things be?

To the military airport!

Joseph took the military jet and headed straight to Frogua.

At this moment, Joseph's days felt like years! He became even more anxious.

11 o'clock in the middle of the night.

In the outskirts of Apren City.

There was an extremely luxurious mansion. In the courtyard, several hooligans were hitting a woman, who was lying on the ground at the time, with clubs.

Curling up, the woman screamed as bruises started to emerge all over her body.

Not far away, a little girl, who was trembling and kneeling on the ground, pleaded.

"Please... Stop hitting Ava... I was the one who stole her cell phone... She didn't give it to me... Please stop hitting her..." The little girl was so scared that she kept sobbing while she pleaded.

Half of her face was swollen, and a slap mark was apparent on the same side of her face.

The cold night mist was heavy, but the little girl's clothes were washed so thin that they turned white and looked ragged.

"How dare you bring your phone in here. You deserve this!" Unmoved, the man did not intend to let his men stop.

"You took our money, yet you refuse to work for us. You've asked for this consequence yourself. I have said again and again that no one is allowed to help this b*stard. Do you not listen to me?"

The woman lying on the ground was only 20 years old. She was a college student who was responsible for watching over the little girl.

In the past few days, she noticed that this group of scums made this lovely girl live in a pig pen and eat pig food. Thus, she could not help but sympathize with the little girl.

After several days of interaction, she discovered that the little girl's mother had offended someone.

In order to force the little girl's mother to submit to them, these scums kidnapped her daughter.

Understanding the little girl's misery, she felt even more sorry for the kid.

Before the little girl was caught, she had a tough life. In fact, it was not much better than a beggar's.

Her mother was a waitress, so her salary was quite low. After paying rent, she would not have much spare money left.

In fact, the little girl's clothes were basically unwanted clothes by others.

After the two got to know each other, Ava found out that her name was Chloe. In Chloe's eyes, her mother was the best in the world!

Chloe often helped her mother with cleaning and even picked up plastic bottles to sell. Sometimes, her mother would buy meat for her as a reward. Although it was only as frequent as once a month, Chloe was already contented.

Sometimes, when Chloe stayed in the pig pen, she would look up at the stars in the sky.

"What are you looking at?" Ava asked.

"I'm looking at my Dad," Chloe replied with a smile.

Ava couldn't help but ask, "Where's your father? Why isn't he with you?"