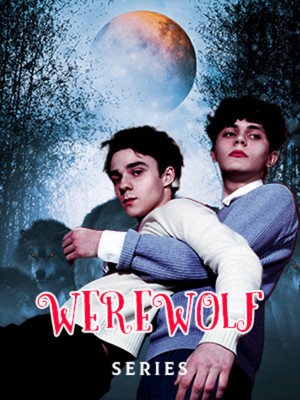 Iker Maximiliano De Russe is the most feared name in this side of the globe. The unbeatable billionaire lord, he is known to be the devil itself. More than a billionaire, Iker was also a Werewolf. Even though he had grown up in the pack, he was a loner. Always second best to his brothers and his stepmom, Iker became his own person at a very young age. Now he was an Alpha and most feared man. At 26, Iker has never searched for a mate. He did not believe in the stupid happily ever after stories. But when his mate comes calling, Will Iker leave everything behind for the man?Avadh Alwar is the King and Alpha of the living and the dead. Humans,werewolves, vampires and every other being in his land bowed to him, answered to him. His name brings shiver down the spine of every single leader across the globe. He is the king of Manovar- the biggest kingdom in the world. At the age of 33, he is yet to meet his mate. His land and his people waited for the day their king would mate. Avadh never im

Looking at the man shuddering in front of him, Iker pressed on his boot to where he had already cut the man on his neck. The screams made everyone else flinch a bit, but Iker stood there casually as he asked again — "Where is the case?".

"The — righ— right draw in the cupboard in— in my off— office," the guy stuttered.

"Verify," said Iker simply as he pulled a chair above the guy trapping him between the legs and sitting on it.

"I don't forgive— you know that. But you also know that I respect those who fight me face to face enough to not kill them shamefully, cruelly. But when it comes to backstabbers like you— Alan— " Iker snorted and then lifted the knife and pulled the guy's hand. He started by slicing the nail off. He paid no attention to the screams as he did the same to all the fingers. As a werewolf Alan should be able to heal, however, that's where Iker's special knife comes in. The knife has a silver edge.

Alan was his dad's guard. Algernon had suspected nothing till the guy backstabbed and left with crucial documents from the pack. It took Iker a few days, but he did find the man and here they were. Iker watched as his blood—drenched the ground. He waited till the guy was getting a bit relieved that the torture has stopped before doing it again and again.

Acer is Xavier's mate and he trusted them enough to let them do the task. Then Iker turned to Alan and mercifully raised the gun.

"Here is the mercy you begged for, you pest," said Iker as he shot the man in his head and then got up and stormed out.

Iker reached the packhouse and he just climbed the stairs after slamming the files before his father who looked at it in relief.

Iker saw some of his family members involved in various activities. Iker looked on as his brothers came down. He had six of them. All older ones.

His oldest brother Cristian De Russe is a good man. He is the only one who treats Iker with love and attention and the only person Iker listens to. Cristian at 35 is still unmated.

The next are twins, unidentical, Valen and Terrence. Both, at 30, are mated to two amazing women, Clara and Merena. They were the lifeline of the family and Iker respected them a great deal. They also have kids. Two girls, Satara and Tareya, his nieces. The guys have bullied Iker at times, but mostly pretended he doesn't exist till he grew up to be unavoidable, important.

The fourth is Ethan. He was a nomadic soul. He was Iker's soul brother. Wherever he was, Iker knew that man wished him well. Ethan has suffered the most due to the greediness of the family.

Then there is the fifth brother. Hale was the happy go lucky guy. Always treats Iker like he is a teddy and not the most dangerous man around. Again unmated, Iker knew whoever got Hale was going to be damn lucky. He was so cute and an omega.

The sixth is Zaleno. Zal never liked Iker. They were almost the same age, except Zal was a few months older to him. The hatred was mutual. They behaved like enemies. Always. Zal was also a hunter, an alpha hunter.

Then there was his stepmother. She was never outright cruel to him. She just ignored him. Iker didn't blame her. Who can bear to look at a living proof of her husband's infidelity, of the fact that she was not his mate? Iker always wondered what would have happened if his other father had not died in childbirth.

Cristian was glaring at him. "Ike, what is it that I hear? What did you do to Alan?" asked Cristian.

"Oh, please he is Alan— the backstabber not some saint. Though it pains me to admit it, he did the right thing Alpha Cristian, with all due respect," said Zal rolling his eyes. One thing about Iker and Zal was that Zal agreed with Iker's methods.

Cristian rolled his eyes like the parent that he was. "Yeah, don't agree on things that matter," he said making the twins snort. Hale looks at them disapprovingly and looks at Iker like Iker thinks his birth father would have.

"Ike, you have to be careful. Do you know how many enemies you made by humiliating Alan thus? He is the heir to one of the biggest wolf packs in the Arterius region. They have vowed revenge on you—" the mother hen went on with the rant and Iker took his breakfast from Hale's hand and started having it.

Iker did not pay much attention to the rest of the pack though he knew they were staring at him, his grandparents, step—grandparents, aunts, uncles, cousins, nieces, nephews. The one thing they all had in common was that they either hated him or feared him. But he didn't care because he know hecan never please any of them. Iker turned to leave. Before that, he went and stood near Cristian. The alpha looked up.

"I have arranged a meeting for you with the Almero region packs. You must go," he said. Only Iker would dare give an order to the alpha who smiled indulgently.

"Should I?" asked Cristian as he walked out.

"You don't have to send me on random trips you know kid, what if I don't find my mate here either?" asked Cristian.

Iker masks his surprise that his brother knew why he was setting up these random meetings.

"Well, at least some political dialogue for the pack can happen. And I am not a kid" said Iker.

"You will always be my kid" smirked Cristian as he walked off ruffling Iker's well—kept hair.

Avadh looked at the man beneath his feet. He was begging for mercy. A lieutenant of Avadh, he had helped the enemies in kidnapping his younger brother.

While Avadh is known to be a generous king, touching his blood had wiped any chance of mercy for John who was looking at him pitifully. Avadh bent down his legs on either side of the guy and moved the knife and slashed his throat. He got up and looked at his beta's Jita and Parv. They both nodded and Avadh walked out.

He had a bath and wore a traditional kurta and came down. It was time for the prayers to the moon goddess. They also prayed to the sun god who kept them safe in daylight, under his watch. He waited as his mother made offerings to the gods. His siblings were all crowding the area.

Avadh has five siblings. He is the second child and the first is an omega and Avadh loved him more than his father. Ahem is the epitome of love and affection. At 34, the man is yet to find his mate and being an omega it is taking a toll on him. He is mostly a recluse whose life is all about the family.

Then there are his younger brothers. 31—year—old alcoholic Vansh Alwar who was once a great football player. An injury to his leg had benched him forever. Then there is 30—year—old Arav, already mated. His mate Piya is now his wife. They also have a child, Tara.

Viraat, the next one is 28 years old and a real menace. He is the most outgoing and social of his siblings. The issues he creates are unique in its own way and Avadh always got him out of the shit he lands in. Then there is Atrey. At 24, he is the quietest of the lot. He is also an aspiring writer. All turned and smiled at him and he gave a curt nod.

Avadh Alwar was named after the ancient land. His name itself held so much of his ancestry and its pride. The king of kings, he did not mind not having a mate at 33. It surely was taking a toll on him, but he held so much power of the ancestors that he was able to function fully unlike many other unmated alphas.

He is a very busy man. To meet the needs of a mate would be an effort in itself and Avadh did not have time for it. He has to secure his people a safe, comfortable and sustainable life. It was not an easy job and with so much rivalry, revenge and blood politics involved, his attention was required in all corners of his land. The people hailed him as the most powerful king ever. It was not for nothing.

Avadh sat down as the people who have come to see him came one by one and spoke of their problems. Avadh's subordinates took down notes which he will later go through.

"We have burglar gangs in the northern end, sir. They have been attacking even the kids. Last day, they set fire to a person because he did not have money with him," said an old man, weeping.

Avadh looked at his betas who verified what was being said and nodded in confirmation. That night, Avadh was ready. He stood in the woods ready for the transformation.

In Avadh's place stood a golden wolf, with the royal symbol on his forehead. Nature itself made way for Avadh as he was on the path of murder. Avadh came to a stop when he was silver railings.

It was a trap.