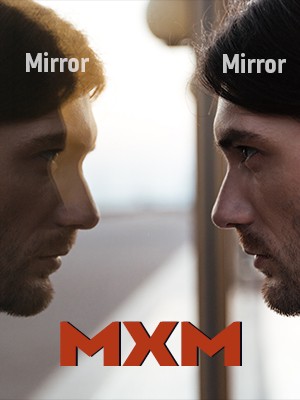 Mirror Mirror a love with twists but filled with happiness A story unfolding between sean a college student who is living for the sake of staying alive and an orphan who lives a pitiful life. And a beautician who established himself in the industry. Who loves whole heartily and had his life easy. A fateful day bring them together, will love be easy like sorn said? Will sorn’s rich family accept sean? Will sean finally be happy. A story that contains how 2 mens fall in love without limits and finding the way to be together.

Today is the last day of sean's semester break. He is staring himself on the mirror with a sense of disgust. His hair is long that made him look girly. He doesn't like it. #Sean should be an alpha male. Not a cute character in yaoi manga" he thought to himself. How he know about yaoi manga? Ehem that's none of your business.

"Maybe i should try cutting my own hair. It won't be too hard. I can just search some tips online" he said to himself while imagining him with various haircuts.

He got his laptop and did some research before going to the nearest shop to buy a pair of scissors. His brain kept bothering and warning about messing up but he just decided to go for it. If something happens, he can just shave his head. Better try than sticking with this girly appearance.

"What's suitable for cutting my own hear? A big scissor or a small scissor? A pointy one? Why this is so hard" he whined to himself while gawking at different scissors.

"The bigger the better" he mumbled and decided to buy the bigger one. He grabbed the bigger pink scissors but something caught off his guard. Suddenly a veiny hands grabbed his hands and sean got startled and turned around to feel his face pressed to a muscular chest.

"Hmmm smells so good" he thought to himself Sorn's pov

I don't understand my mom. She's a no 1 vip in Thailand yet she's using her son for grocery shopping. I mean why can't she use a maid or something. She called me early in the morning and gave me an earful and forced me to buy few ingredients for pizza. I mean I'm sure she's trying to trick me off to visit her. After all i haven't visited my parents in tow weeks. Not that we're distant it's just I'm busy with opening up a new branch of beauty parlour in Bangkok. It's really tiring to choose the hairdressers and makeup artists, because my standards are really high. The i train them for a month to know about the kanya beauty parlour's secrets. While i was done with picking up the ingredients i saw someone really beautiful, hmm maybe a model, yeah he must be but why he's looking at the scissors like some kind of serious business.

What's suitable for cutting my own hear? A big scissor or a small scissor? A pointy one? Why this is so hard" i heard he mumbled to him self.

Wait, he's going to cut his own hair? Like why? Is that some kind of trend? Oh maybe beacuse he got a long hair? Oh right this kids are crazy this days, must be trying to make a tik tok video. "Sorn just mind your own business" i told to my self but then i saw that kid grabbed a big shear that's used in kitchen and mumbled , "The bigger the better"

Wtf who the heck cut hairs with that thing. I unconsciously grabbed his hands because of the terror I'm seeing in front of me. The little man got startled and turned around, because our close proximity his face nuzzled in to my chest while his fluffy hair brushing against my chin. Woow this guy smells so good i unconsciously sniffed his hair like some kind of pervert.

The flustered boy pushed sorn and pointed the pair of scissors while trying to ignore his fast hear beats.

The long haired man pointed the pair of scissors in front of sorn's face.

"Calm down na.. i didn't mean any harm" sorn said while slightly flinching away.

"Ehh.. what do you want" sean held down the scissors cause he got embarrassed with the attention he got.

"Sorry, i didn't mean to eavesdrop, but seriously you want to cut your hair with that thing? I mean it's your decision.. I'm not judging"

"Why it's not suitable? Bu.. but it's none of your business" sean said while averting his eyes from sorn.

Sorn just scanned the little human in front of him. He got a messy long hair faded shirt. "Is this kid poor so he can't afford to have a haircut" he thought to himself.

Sean is really embarrassed rn. He kept cursing himself for always thinking out loud. "Seanie why can't you shut up, just think inside your head, oh god what if he know that I'm too poor to have a haircut and trying to cut my own hair" he whined to himself while pouting like a 5 y/o kid.

Sorn looked at him with an amusing expression. While sean looked up.

"Wait did i voiced my thoughts again? TELL ME IT'S NOT TRUE" sean said grabbing sorn's hand.

"You just did na" the tall dsrk haired man smirked at the blushing red boy.

"Shiya.. sean how can you embarrass yourself like this"

Sean just stopped at the bus stop and panted like he ran a marathon.

The dark haired man approached him and sean got scared of his wits. Why this man is here? Is he stalking me?

"Go away pervert, if you don't disappear from my sight I'll shout" sean yelled while backing away from the dark haired man.

"Hear me out first, I'm a trainee hairdresser, i need to practice my skills before the examx can you help me out ?" Sorn asked with a sincere look.

Sean looked at sorn with disbelief.

"Please i really want to practice it on a real human, I'll pay you 5000 bah, please help me out na"

" woow sean it's enough for your whole monthly expense and you get a free haircut too, even he's a trainee he must be better than myself" sean thought to himself. Don't worry he became extra careful not to think out loud. But part of is hesitant cause this giant handsome human is still a stranger.

Ehm, sorn cleared his throat when he saw sean was in his own whole world contemplating while frowning.

How come someone be so cute.

"Ehh ok, i agree" sean said while after taking his sweet time.

"I'm little busy right now. Can we exchange our numbers? I'll send you the address, come there by 7. Don't be late." Sorn said while handing out his phone towards sean.

"What" sean asked while raising his eyebrows.

"Oh sure" after hitting his number he handed out his phone and sorn teasing rubbed his pinky over sean's fingers.