Home/ To My Ms. Forbidden Completed 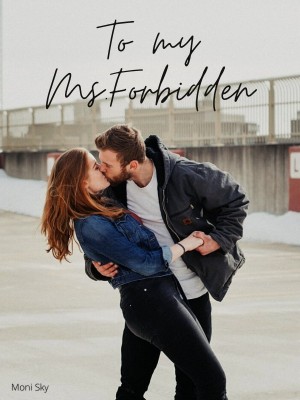 To My Ms. Forbidden

Anne is a special girl, who is young and beautiful. She was neglected by her family as her supposed Stepmother always mistreats her. She always sends Anne away from home to hawk fruits. Anne was deprived of schooling for some years. Until, she miraculously saved the Proprietor of one of the most prestigious schools in the country, "Hillary High School" There, She was hated by everyone because of her poor family background. She was vulnerable to staying with the rich kids until she met Jeremy. Everything changed after their encounter. Jeremy is a cute, handsome guy who was sent by his father from the states to further studies at Hillary High School. He hated that he would be staying in Nigeria because he has a feeling of hatred for Nigerians as he saw the country as a dumb country where ugly and clumsy people stay. But, his story and thoughts of Nigerians changed drastically when he met the school Ms. Forbidden, Anne. Jeremy found himself falling in love with Anne and was ready to do anything to win her heart. Unfortunately, when their love life was about to blossom, an event that tends to destroy their relationship occurred.....

The alarm on my phone blared loudly jerking me off from my nice sleep. The sound was so loud and annoying that I found myself flinging the phone to god knows where.

I tried resuming back to my sleep but it could not come back again….

It was Monday but I’m not just ready to start preparing for any fucking school right now, I just wonder why my father brought me down to this dumb country, why will it even be Nigeria… I just can’t believe I will be living here because of some fucking politics my father entered, I can never believe it was all happening, how will I live and school with the people of this country.

Those black and stinking human living here, Ohh!! I hissed and stood up from my bed, I sat at the edge of the bed.

Today is Monday which was the day I would continue my education as said, I looked at the clock hanging on the wall, it was 7:20am that means I had less than ten minutes before the assembly gets started.

I hissed loudly then laid back on my bed. I would be going to school late today, after all this is my first time and I would not also like going early to avoid the staring eyes of those black and ugly girls.

First of all, my name is Jeremy Benson in short Ben and I am 17 years of age. I am the only son of my parent.

My Father is a politician and a business man who based mainly in the state, he is a dual citizen. I mean he is a citizen of both Nigeria and America due to the fact that his mother was a Nigerian while his Father was American, that was the same as Me.

My Father got married to my Mother who was an American, I had lived almost all my life in the state, as I was only coming to Nigeria once in a while, but now I would be staying here till further notice. I had tried all I can do to change y father’s intention of me coming to this country but all to no avail. I lay down on the bed till the time clocked 8:05am before I stood up and head to the bathroom to freshen up, I was living all alone with a bunch of maids an house helps who does all the work in the gigantic, massive and beautiful building I as living in, My account had millions of Naira stocked into it. I walked into the dinning doom after taking my bath, my food was already served. After eating, I went to my room and wore the school uniform which was a white long sleeved shirt and a blue trouser for seniors, I stared at the mirror admiring the fitness of the clothes on me, I brushed my hair then took my bag pack and head out of the room.

As I got downstairs, I remembered my golden wrist watch that was given to me by my one and only loved one Sophia; she was my friend right from childhood. We grew up together loving and caring for each other, I loved her so much that I shed so much tears on the night of my departure from the state. That night was really a night to remember and a night to never forget. A day which I marked as a memorable day of my life, we clanged around each other as if we were newly married couple. I did all I could do to make her happy as that would be the last day she would be seeing me because I knew that when next we would meet, she would have gone out with another guy, Her face was one of the thing that would never leave my memory, Her stature and everything is just so nice and perfect.

I don’t think I will ever fall I love with any other lady or girl in this country minding the fact that her image was still in my head.

I rushed back to my room and wore the wristwatch which I carefully placed in a special box which had her name boldly written on it. I checked the time, it was now 8:50am, I rushed out and immediately dash into the car and saw my driver who had been waiting for me ever since.

“Good Morning Sir,” I greeted my driver which was a middle aged man maybe at the age of 36.

“Morning, how are you?” he asked as he ignite the car back to life.

“I’m fine, thank you” I muttered and brought out my phone, as usual I went into my gallery to stare at Sophia’s pictures which I had gotten when we were together.

Not long after, we reached the school. I was astonished at it beauty as I never expect it to be this nice.

We drove straight to the principal’s office for clarification, we alighted down from the car and head into the office, I really thank God that they were not much people outside which would stare at me as if I was an alien or something. After a knock, we were ushered in.

“Wow, are you Jeremy the son of Chief Desmond Benson?” The principal asked with a wide smile.

“Yes, I am” I answered bluntly, as the question seem to piss me off a little.

“Please, have your seat okay” he said as he gestured his hand to the direction of the seats.

“There is no need for the long speech o preparation, all your registrations had already been done, let me call someone who would take you to your class” he said as he quickly ran to call someone and in not less than a minute a lady walked into the office. She was wearing a pink fashionable and sophisticated gown which has a red belt tied around the thigh.

“Good Morning Sir” She greeted the Principal with a curtsey.

“You will take him to his classroom which is SS2 and take this, his seat number is written on that paper.

She nodded and turned to where I sitting. Her face covered with bright smile which I couldn’t ascertain what the cause was.

“Let’s go” She muttered as she saw I wasn’t making any sign of standing up.

I stood up and clung my bag pack loosely at my shoulder. We both walked out of the office leaving only my driver and the principal.

As we walked in the hallway, I could see how nervous the lady leading me was. She could not just stop stealing glances on me as we were walking side way, she was really acting weird.

The way she smiles occasionally really left me surprised and pissed off at the same time.

“Why the stupid smile huh..? Are you some kinda lunatic or what…?? I sneered rudely.

My word seem to bring her back to reality as I could see her once smiling face turned into an angry one.

She also increased her pace giving me enough gap which was what I longed for.

Though the lady was not that bad in her appearance as she really got her in a nice figure eight and she had her natural hair which was long packed in a ponytail style, her lips was glossed with a red lip gloss.

After what seems like forever to me, we finally got to my classroom. A lady I guess to be my form teacher was in front of the class giving some sort of advice to the students.

Immediately, I got into the classroom there was a sudden silent murmuring, all the girls in the class had their eyes gazed on me. Some were winking their eyes and making all sort of gesture which I couldn’t explain. I was shown the seat with my number on it which was in between two girls. The smiles which escaped from their lips was so wide that they looked like mentally disordered people, I sat on my locker so quickly without looking at anyone as I was sure there were all over me instead I stared at the board blankly.

All the words the form teacher was saying were just like a foreign language that I couldn’t understand as my mind as truly far away thinking of no other persons than my parent and girlfriend which I would not see for a long time.

I was still in my thoughts, when I felt a tap on my shoulder I flinched back to reality and turned sharply to the person who touched me.

It was the girl at my right…

“What???” I asked with an angry tone sending fear into her.

“I’m sorry but… you are being called.” She stuttered gesturing at the class frontage. I turned and saw the form teacher staring at me with a confused expression.

“What is it?” I asked rudely staring at the teacher with an arched brow which signifies irritation.

I saw how the teacher’s expression changed into a sad one but, that wasn’t my concern.

“You have to introduce yourself to the class.” The teacher stated after regaining from the shock of my rudeness.

I don’t want to do any introduction because I don’t think it’s necessary.” I blurted out bringing out a novel from my bag.

Just then, the class became nosy again, I looked up and found out the teacher was gone.

I let out a deep sigh of relief before bringing out my phone. I inserted my earpiece the clicked on the playlists and scrolled down to west life, then clicked on Soledad which was my favourite.

I was still engrossed in the novel I was reading when I felt another touch on my skin, I looked up only to find three girls standing in front of my locker. I removed one of the earpiece, so I could hear them well.

“Hello handsome” the girl at the middle greeted with a smile.

I stared at her for some seconds before turning back to the novel I was holding.

“Aren’t you the one she is talking to?” the girl at her right hand asked placing one of her hand on her waist.

“Please, I think I need some privacy here and moreover I don’t feel comfortable with the scent emitting out of your body” I retorted leaving them shocked.