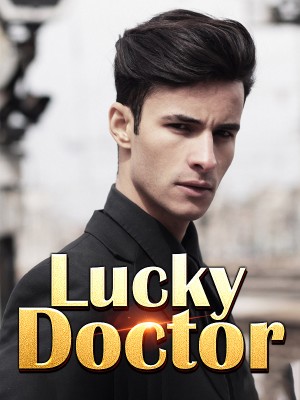 After Qin Haodong obtained the inheritance of his ancestors, he walked on the road of cultivation in the medical field. He practiced medicine, hunted ghosts with incantations, took liberties with the rich second generation, pretended to be arrogant, threw himself into the arms of his sister next door, sent by his charming sister, and sent the campus belle back. It was a beautiful day for him.

About
Table of Contents
Comments (16)

It was summer at the moment. The sun was scorching, like a great fireball in the sky, even walking on the tarmac road felt like a sauna.

Even during lunch hours, there was an endless stream of patients at the First People's Hospital in River City.

After giving emergency treatment to a patient, Haward Ching exhaled sharply, his tired face betraying the hours of non-stop work he had done for the day.

He was an intern at the First People's Hospital of River City.

This hospital was the best in River City. Without a private connection and a prominent background, it was difficult to get a position in the hospital, even if it was for housemanship.

Haward managed to join this hospital through a recommendation from his medical school due to his excellent grades for which he had been awarded a scholarship for three years in a row.

Normally, an intern like him should have been assigned to a department in the hospital to learn clinical hands-on from an experienced doctor, but somehow he was assigned to the emergency department to work as a staff nurse.

Although Haward was puzzled, he continued to strive for the best in his work.

"Haward, you've been busy for the entire morning. Go and have your meal. We'll look after things here,"

They had all eaten, except Haward. Since morning, he was so occupied by his work that he hasn't even had the time to drink a sip of water.

Just as he was about to refuse them, Haward's phone in his pocket suddenly rang.

He glanced at the screen. The call was from his girlfriend, Maria Lim. Haward smiled and said, "Alright, you all carry on. I'll go have something to eat first."

With that, Haward picked up the phone joyfully and said, "Hello, Maria, have you eaten?"

Before he could finish his words, he was interrupted by the stony words from the other end of the phone. "Haward, I am at the hospital entrance. Come here."

Haward's heart leaped. However, as soon as he finished his sentence, the call was hung up from the other side.

At the main entrance of the First People's Hospital in River City, stood a young lady.

She had wavy hair with heavy makeup on her face and was dressed head to toe in designer brands. Clutching a branded handbag in her hand, snobbiness radiated from her eyes.

"Maria, have you had your lunch? I'll treat you to a meal,"

Haward asked while huffing and puffing because he ran to the main entrance as fast as he could.

Haward was stunned. He was thunderstruck and his mind went blank.

"Maria, what are you talking about?"

Haward's countenance turned pale and he could not believe his ears.

"Why? How dare you ask me why? I have been with you for so long, and what have you given me? We eat in the hospital's restaurant every single day, and we have never been to any fine dining restaurant outside.

With you, I can only lead a poor life. I won't be able to have branded clothes or luxurious handbags, let alone cars and houses,"

Maria shouted at the top of her lungs.

"But I'm working here now. When I become a doctor in the future, everything will not be the same anymore,"

Haward said with a heart full of sorrow. He was trying hard to hold on their relationship.

"A doctor? You are just a houseman who works as a nurse in the emergency department,"

He had come to the hospital for an interview the day before and had only started working for merely half a day. He hasn't told anyone about his position. How did Maria know that?

A voice interrupted them. An arrogant-looking young man got out of a BMW and looked at Haward with disdain.

A smile appeared on Maria's face the moment she saw the man. She immediately reached out to hold his arm and even rubbed it against her bosom.

Haward narrowed his eyes. The family of this man dabbled in businesses, and he was a well-known baller in Haward's class. He was notorious for flirting around and he had a reputation as a womanizer.

"Maria, don't you know what kind of person he is? You won't be happy with someone like him."

Haward didn't expect that Peter and Maria would be together. Moreover, it seemed that Maria was the initiator...

"I don't need to know what kind of person he is. All I need to know is that he can afford to give me branded handbags and extravagant cars and that we can go to luxurious hotels together.

Look, this bag here is from Peter. You won't be able to afford it even if you work as a nurse for a lifetime,"

Maria yelled angrily, ignoring the bewildered stares from the people around her. It seemed that she was going to vent all the dissatisfaction she had been suppressing during her relationship with Haward.

Haward didn't say a word. He never expected that his dedication was taken as misery instead.

"Haward, you should know yourself. Since you don't have the ability, don't aim for the moon. Just focus on your job as an intern nurse."

Peter's words were like a flash of lightning that tore through the mist in Haward's mind. Realization dawned on him in an instant.

With his outstanding grades and the recommendation from his medical school, he should definitely have been assigned to a department as an intern doctor to gain clinical experience, rather than a nurse in the emergency department.

"Yes, it's my doing. Don't blame me for being cruel, classmate. I spent a lot of money to buy you a lesson. Grades don't matter, being rich is the most important thing."

Peter snickered and smirked sinisterly. "You got a life lesson for free. You should be grateful for that."

Haward gritted his teeth as he cursed with his fists clenched tightly.

"Maria, you heard it. Peter framed me. Please give me another chance."

Haward turned to Maria with a hopeful look.

"Enough, Haward. Don't you understand that even if you become an intern doctor or even a doctor, you still got nothing on Peter? There's nothing you can do to change.

Haward, I've made myself clear. We won't have anything to do with each other in the future,"

Maria shouted stonily. Holding Peter's arm, she climbed into the BMW and left the hospital.

Haward clenched his fists and bellowed in his heart.

He came from the countryside and his parents were honest-to-goodness farmers. They worked hard and lived frugally in order to support him until he entered a university.

Back then, he had passed his examinations with flying colors that qualified him for the top university in the country. However, he opted to study medicine instead, so that he could be equipped with professional skills and rid their family of poverty.

After he went to university, he hadn't asked for a single cent from his family since then. Instead, he worked part-time jobs during semester breaks to earn a living.

After he started dating Maria, in order to pay for her expenses, Haward had no choice but to take up several jobs. Every single day, he returned to his dormitory no earlier than ten.

He did not expect that Maria suffered so much being with him.

Haward was muddle-headed. He dragged himself back to the hospital like a zombie.

The First People's Hospital of River City was located in a prosperous city and the main entrance of the hospital was facing a busy street with heavy traffic.

An ear-shattering honk sounded behind him.

However, Haward was in a daze, so he did not hear it at all.

The next second, a white van hit Haward from the back. Although the driver had pulled on his emergency brake, the impact still flung Haward forward like a kite with a broken string.

Seeing Haward's figure lying motionlessly on the tarmac road, the van driver stepped on the accelerator and sped away from the scene without a second thought.