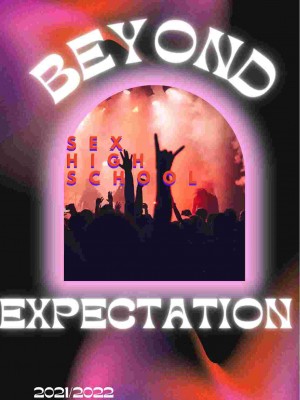 Virtually the two chaps who are twins, and only Children of their Mum, Mum is rich and enthusiastic to send her children to school, She sent them to a school meant for the rich, she purchased them a car, Even with all this, Meshach is not satisfied with it, What he achieves in school is to sleep around with women, He is very addicted to Sex, Until one day.

A boy walks out of the bathroom, cleans his body with a towel, then he went to the drawer and took some of his most beautiful clothes and put it on

Then he walks to the parlour, to meet his twin brother

But when he get there, his twin brother was busy watching tv, then he walk close to him

"Hey Shed, I just Finnish taken my bath soooo let's go for clubbing, you know mum is not home yet so before she returns we will be back, so quickly take a shower so we can go," He said to his twin brother

"Owww, that's true I was wasting my time here, umm I supposed to have been with the assignment they gave us on school, so you can go" Shedrack replied to him as he stood up and off the TV

"Common man, we can do that when we are back home" He replied to Shadrack with a crazy look

"Mishack you love to club a lot, and that is the deferent between us and am not going" Shedrack replied while looking at him

"What is wrong with you? Common! We can do it...... You stay here! And keep doing assignments! Good boy indeed! Also, do mine! Am going out, fuck!" Mishack replied as he kick the table on his way out and walks out of the house

Shedrack standstill as he don't know what to say, he just move to their window and watch how mishack entered the car and drove off

"Well, it is my best time to read," Shedrack said as he rushed his school bag and bring out the assignment

"Soo, where did he keep his Schoolbag? Huh?" Shedrack said as he can't find mishack school bag

He keeps looking for it, in other to help him do his assignment because they both love each other and could sacrifice anything for each other

So he keep looking for it, until he bend down, to check under the bed, and he saw the bag there

"Hmm so disgusting huh? Look at where he kept his school bag, always club! All the day huh!" Shedrack complains as he opens the bag

"What? What is wrong with this guy? What!? What is a condom doing in his school bag?" Shedrack complains and covers his nose as he was perceiving some smells from it

Then He moves to the Bathroom and froshes it away

"Sooo... All mishack do now is to go and fuck girls in the school huh?, well I mind my business" Shadrach said and went back to his reading position

"Well it's not a shock to me," Shedrack said as he took his pen and begins to write it for him

Meshach walks out of it and walks directly to the bill point, and pays for some foodies

The styles of his appearance made him rock coll that night

He keeps his eye on his phone, operating it as he took one bottle from his drinks and opens it with the opener

While start taking it little by little

"Cara looks at that guy, he is so cute, hmm?" The first girl said as she licked her lips

"Common jane Do you like him?" Cara replied starring at Jane somehow

" yes of curse I do, so how do we get this guy" Jane replied as he keep looking at him

"Trust me to get him is easy, I know him He is a twin and I can see his twin is not here so you can get him easily, just go to him" Cara suggested to Jane

“Umm hello?”Jane said to Meshach as he is looking at his phone

Meshach remove his face from the phone just to see a tall beautiful woman standing on his face about 6ft and mostly she has what he always wanted, the backside and front are well overloaded

Meshach stay still for a few seconds admiring her beauty

"Yeah sure" Jane replied as she sits down

"So my name is Meshach, can I know yours?" Meshach requested as he smiles at her making her go crazy in her mind

"Yeah, my name is Jane, and if I may ask, where is your twin," Jane asked with a smile

"is it like you know me before? Meshach asked

"Wow that's cool, so how do you want us to be this night," Meshach asked

"Why not" Jane replied

The sound of the car driving into the compound

Shadrach hear the sound and imagined who it may be, his parents don't use to come back home by this time

Then he decided to check through the window, but to his greatest surprise he saw Meshach coming into the compound with a woman

"Common this guy crazy?" Shadrach said to himself as he was patiently waiting for him to enter the house

"Hi bro, Meshach twins!, hey he is exactly like you Meshach," Jane said with a smile

Shadrach did not utter any word to her

While Meshach take her into their room

Shadrach stay quiet but he couldn't bear it as it increases

And it couldn't let him write again, he just stood up and get out of the house and move into another one

Meanwhile, Shadrach was waiting for his parents to come home but they didn't so he slept there

"What what!" Meshach said immediately he jumps up

"Hey babe wake up, let's go and bath so I could drop you off," Meshach said to Jane and they both move to the bathroom and take their bath

After some minutes everyone was ready

They all entered the car and drove to school and on their way, they dropped Jane off where Meshach picked her

Before 7:30 which is the service time, everyone was in the school already while both of them walk into the classroom

As they saw many of their friends, they start shaking hands and hugging each other

While Meshach was busy hugging the girls only

After some minutes teacher Nana entered the class

"Hi class, how was your weekend?" She said as she walk close to Shadrach as the only determined child and ask him how he is doing

"Examples of crime are, cultism, rape...." she was still listing it and Meshach cut in

"Excuse me, teacher, what is rape," Meshach asked boldly as all the class stares at him

"Forcing a woman into action?" Meshach said while all the classmate laughs

"So if I force Jenni to peak my pen that is call rape?" Meshach asked while the class laughs

"Okay! Rape is the act of forcing a woman to have sex with you! Is that okay with you?" Teacher Nana said why the class burst into a laugh

And Meshach too burst into a laugh

She tried to stop them but they don't want to, they keep laughing heating their hands on their desk

"Can you all just shut the fuck up!?" Shadrach shouted with anger

And everywhere goes down in silent

"Well I can see, you guys, are not ready!" Teacher Nana said as she walks out of the class

And everyone in the class was happy, except Shadrach who wants to learn

"Am disappointed in you! Brother! If you don't want to learn can you pls let another huh?" Shadrach yelled at Meshach

"Common brother she is giving us the wrong decision, and I have to correct her huh, common it already breaks let's go out," Meshach Said with a smirk

“you go! Am going to Nana's office for that topic" Shadrach said as he stood up and start going