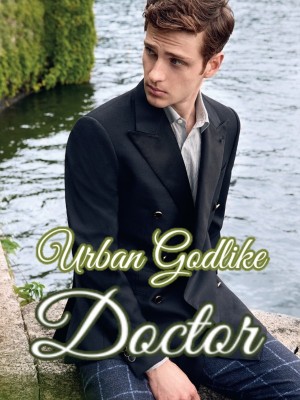 Li Xiao was born weak. When he was young, he was stripped of his inheritance and abandoned the wild. Ten years later, the young man returned with excellent medical skills and swore that he would regain his status and glory. He was a fierce bully and a bully! The rich second generation was arrogant and kicked him! The old guys were stubborn and brought him down! The beautiful women were too enthusiastic and came one by one! So what if they had no power or influence? I still stepped on the b*tch and cared about her life!

"The foundation of our Li family has been painstakingly accumulated for several generations. How can we hand it over to that short-lived guy?"

"The doctor has long determined that he can't live past fifteen years old!"

"Haha, that good-for-nothing can't even walk a few steps. What else can he do?"

"When he is young, send him away as soon as possible and move out of the position of heir!"

The bus suddenly sped up and interrupted Li Xiao's dream. He opened his eyes and found that he was just dreaming. He heaved a long sigh of relief.

Through the window, he could see the tall buildings in Lin Hai City clearly. He secretly clenched his fists.

Ten years! He had been thrown in the mountains by those cold-blooded old guys for ten years! He finally came back!

He was originally the heir of the Li family, but he was born with a weak constitution. When he was five years old, he couldn't even speak properly. The doctor even concluded that he couldn't live past ten years old.

At the age of eight, his father's health was getting worse and worse. When his father was hospitalized, the old things in his family secretly took him to a remote mountain village and casually threw him to a family, saying that he should change the environment to recuperate.

After the family received the money, they treated him well at first. Later, when they saw that the Li family didn't care about him, their attitude toward him changed a lot. Not only did they let him do all the rough work in the family, but they also often beat and scolded him.

His health had always been poor, and he was too tired. Soon, he fell ill and was on the verge of death.

That family thought that he was unlucky, so they directly threw him into the wild and didn't care about life and death. Fortunately, he was lucky enough to be saved by an old man who lived in seclusion on the mountain. He not only cured his illness, but also taught him all kinds of secret medical skills.

In the past ten years, he studied medical skills hard on the mountain, hoping that one day he could achieve something and return to Lin Hai City to regain the inheritance that belonged to him!

However, he remembered what his master had told him. Although he didn't have to worry about his life for the time being, he couldn't get rid of the hot poison brought by the fetus. Now he could barely suppress it with pills. Once the hot poison broke out one day, he might lose his life.

"Life and death are predestined. As long as I live in this world, I must live well to protect my family, defeat the enemy, and regain my own glory!"

He swore in his heart, and there was determination in his young eyes.

This was an old community with at least twenty years of history. Li Xiao stood in front of the shabby security door and pressed the doorbell. When he thought of his relatives whom he hadn't seen for ten years, he was overwhelmed with emotions.

His family was originally living in a villa in the rich district, but he didn't expect that his father had already sold the house and moved to his place. He could only find his father's former friends to ask where his father and sister went, and finally found them.

At this moment, a girl's crisp voice came from inside. "She's here!"

The door opened, revealing the girl's beautiful face. Li Xiao Qian was only fifteen years old this year, but her facial features were already very good-looking. Her big eyes were as clear as a stream, her delicate nose, and her beautiful cherry lips. Her skin was as white as milk.

"You are..." She looked at Li Xiao in confusion.

Li Xiao smiled, but a bitter taste welled up in his throat. When he was sent away by those old things, he was only eight years old, while Qian'er was only five years old. Ten years later, his biological brother and sister met, but they didn't know each other.

"Brother?" Li Xiao Qian looked at Li Xiao in disbelief and murmured, "But they all said that brother has already..."

"Are you really my brother?" Li Xiao Qian looked at Li Xiao with red eyes and plunged into Li Xiao's arms.

"Brother is back. From now on, no one can bully you anymore."

"Qian'er, who's here?" A weak voice came from inside the room.

Li Xiao Qian pulled Li Xiao into the narrow bedroom. "Dad, look who this is!"

On the bed lay a man in his forties. Because of the torture of illness, he looked much older than his actual age. He even bent down and coughed from time to time. Although his face was withered, his eyes were full of firmness and righteousness.

"You are..." Li Zhengde looked at Li Xiao with a flicker in his eyes. After a few seconds, his eyes suddenly lit up. "Xiao'er, you are Xiao'er! My son!"

"Dad!" Li Xiao couldn't help but shed tears. He walked over and held his father's hand.

A family member had endless words to say. After chatting for a long time, Li Xiao finally understood why his father, as the head of the Li family, had fallen into such a dire situation.

Ten years ago, after sending Li Xiao away, his father's illness became more and more serious. On the grounds of his poor health, the family expelled him from the management department. The property in his hands was also taken back by various insidious means. In the end, there was only a serious loss left over the years.

"They are all old employees who have been with me for many years. I can't watch them lose their jobs, so I sold the villa and let them hold on until now, but—"

Speaking of this, Li Zhengde sighed, and his eyes became more and more dim. "The money for selling villas is almost used up. The production rate of the villa is seriously backward, and the medicine produced can't be sold at all. If it goes on like this, I'm afraid that it won't last more than half a year."

Li Wei listened quietly and didn't say a word, but he sneered in his heart.

"The old men of the Li family are very stubborn. Well, there's one more account on their heads. I'll slowly settle it with them."

When the people in the room were both sad and happy, someone knocked on the door hard.

Li Xiao Qian's face was full of worry. "It must be Li Chong!"

Li Xiao frowned slightly as he recalled this unfamiliar name. Finally, he remembered that he was just a member of the Li family's collateral branch. He was three years older than Li Mu and was a fake person who liked to climb up to power.

"What is he doing here?" Li Xiao asked.

Li Zhengde sighed. "There's a secret recipe passed down by the Li family ancestor. It's a magic medicine that can cure external injuries. I don't know why, but Li Chong found out about it and came to ask for it every day."

While he was talking, the door was kicked open, and Li Chong swaggered in with five or six bald men.

Li Chong looked around the room and said, "Oh, it's so lively today! Uncle Zhengde, if you don't hand over the prescription today, don't blame us for being rude!"

Li Zhengde was so angry that he was coughing. He pointed at Li Chong and said angrily, "The Li family has produced such a scourge like you! I won't let you get the prescription even if I have to risk my life!"

"I know. Uncle, you're the toughest." Li Chong chuckled as his gaze fell on Li Xiao Qian.

"Sister Qian'er, how old are you this year? Your body is well developed. Big Dragon, what do you think?"

Behind him, the big man with a green dragon tattoo on his head looked at Li Xiao Qian unscrupulously and said lustfully, "Not bad, it's the type I like."

The other big men also had a lustful expression on their faces, and their undisguised eyes swept back and forth over Li Xiao Qian's body.

"If we can't get the prescription, let's bring this girl back and have fun together!"

Li Xiao Qian was so angry that her face turned red. "Li Chong, you're shameless!"

Li Chong looked like a rogue, and his eyes were fierce. "Today, I must take one thing with me. It's either a prescription, or Sister Qian'er. A or B, Li Zhengde, choose for yourself!"

Li Zhengde was so angry that his face turned red, his blue veins were exposed, and his teeth were bleeding. "You beast!" Then he coughed violently.

At this moment, a leisurely voice came from the corner—

Li Wei looked at Li Chong indifferently, with a disdainful smile at the corner of his mouth.