Home/ My CEO husband Ongoing
For money, my parents married me to a rumored terrible man. 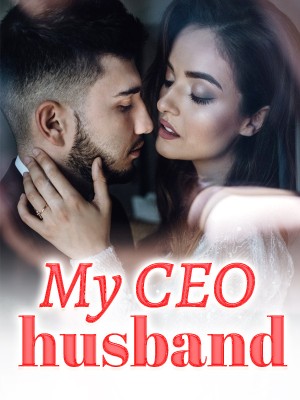 I always knew that my parents didn't have much time for me. I wasn't raised by them though I stayed with them. But I never thought that they would arrange a marriage for me without my idea. That was ok anyhow, but the man I got married to was another. He was too arrogant and this made me aware of how tough this marriage life was going to be.

About
Table of Contents
Comments (89)

I strode into my parents room without even knocking, while yelling "mom, dad, what is this I just heard from nanny?!!!"

My parents looked at me without any expression on their faces.

So yes, what ever my nanny just said to me some few minutes ago was all true!

How could they be so unthoughtful.

How dare they? How dare them try to give me of to someone I don't even know.

Although they are my parent, and they have some rights over my personal life.

But I never gave that right to them. They weren't the ones who brought me up, my nanny did. So only my nanny had some rights over me.

My parents were busy people ever since my childhood, so they brought Mrs Murphy over to be my nanny.

Earlier when they brought her I didn't know her age, but I can say now that she might be in her early fifties.

She has been such a great mother to me. Without her am sure I would surely not be how I am today.

My parents were one of the most richest personalities in Q city. They were always so busy that they didn't even have time for me since my childhood.

I am their only child since they both decided not to have anymore babies because of their work.

They even love their work more than themselves and I've always been with Mrs Murphy, my nanny for the past twenty-one years.

I didn't hate them, but I didn't love them so much either.

After all I had a very comfortable life because of their hard work.

But that didn't mean they could just choose a man for me without my knowing.

I wasn't ready! This wasn't the time I had planned on getting married.

I still wanted to be independent for some few more years before getting married.

And the worst part of this was that I already had a boyfriend whom I've planned on getting married to. Samuel Green have been with me for the past two years, and he has been a very great boyfriend to me.

He is the man of my life and my dream husband. He's the only one I wish to be with and no one else.

I know that he's also gonna be pissed at what my parents have decided for me. And am sure he'll help me solve this new problem.

My parents were still looking at me without saying anything and I was growing somehow impatient. I moved closer to them and whispered angrily.

"Tell me mom, how is the family going to benefit from my marriage to that stranger?"

I needed to know how good help this stupid marriage was going to be of to the family. I didn't know the man, neither have I met him before.

What if he was some fucken jerk,someone who bullied women and took advantage of them. Then how would I be able to live with such a person?

My mom coughed slightly and took a short glance at my dad before turning to look at me with sad eyes. Her face looked like she was trying very hard to prevent her tears from falling in front of me.

Now what was this? Why was she acting like as if the two of them didn't plan this together.

"Emily, your father and I need your help to bring our company back to it's normal place. For about two months now, we've been encountering some major problems about finance in the company. Its very necessary that we unite with the Grey family so that they can help us restore our company back to its normal state with their financial help"

I stared at my mom and dad for about five minutes silently before finally uttering "so you want to sell me off to the Grey family to build your company. I knew it, that I was nothing but a sellable material in your eyes, right mom?"

"No Emily, please try and understand" my mom wanted to convince me easily but how could I let that happen? I felt disgusted at the thought of them giving me off to the Grey family just because of their company.

I knew that my parents were rich already, and they weren't facing any financial problem. They just wants to give me off in order to be able to lift their heads high in this city.

I've heard a lot about the grey family and yes they are the most richest family in Q city. They are very famous and every other company here in Q city wants to cooperate with them so as to gain higher status in the business world of Q city.

My parents were no different. They also wanted to gain higher status by joining hands with this Grey family. And their way of achieving this is by offering me to them as their daughter in-law.

This makes my heart ache. All my parents could think about was money and power and nothing else.

But I wasn't ready for this nonsense of theirs, so I Shut them with disgust looks and said " you two makes me want to vomit "

And with that, I strode out of the room. I could hear my dad shouting from inside " Useless girl, whether you like or not you will marry into the Grey family, and that too tomorrow "

I was descending the stairs but abruptly froze at the last words he said.

What? Am getting married to whosoever tomorrow?

No! I can't. I need to meet Samuel Green and flee away from this disgusting marriage with him before tomorrow appears.

I hurriedly run out of the house and got into my car, but when I asked the security man to open the door he refused.

This angered me and I got out of the car to open the door myself but it was locked. So I demanded the key from the security man but he slowly said to me with a trembling voice " miss, Mr Brown himself has warned me not to open the door for you"

"What? Where are the keys?" I always knew that my dad wasn't any good but to restrain me from going outside the house was too evil.

"The keys are with me" before I could say anything else, my father's voice came from behind.

I turned to face him and sure, he was holding the keys in his hands.

He moved closer to me and said " you can't go out until it's time for your wedding tomorrow, I'll personally take you to the church myself. So if I were you, I'd go inside and start preparing for tomorrow "

After saying this, he made a sly smile at the corner of his lips which made me feel like slapping him instantly but I couldn't dare

I just stood there for some few minutes without saying anything and just run back into the house and went straight into my room.

But that can't be the end, I'll surely go out of this house no matter what happens.

I'll have to meet Samuel Green at any cost

That too before this fucken wedding even happens!