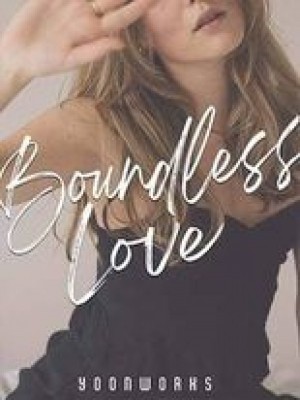 Sam had always wanted to mend the relationship between her and her half-brother. So she did everything to secretly take care of him. She's even contented into watching him from afar. But what if one day, she goes out of her bathroom and she's the whole member of VOELEVARD, her brother's group, gawking at her as she wears a huge shirt after taking a bath? Can she handle staying with them in the same house?

I cringed upon hearing my brother's voice raging from inside of his room. It is a good thing that his room is on the second floor and he can't see me.

Before I came in, I made sure to sneak in from the back door just in case he's at home. This is to ensure that I won't run into him.

The music coming from his room was so loud that I can even hear "Just Another Day" of his group playing.

"Ahhh, Mom! Did you find my blue sweatshirt? I really need it!"

I carefully put the things I bought from outside the country at the top of the kitchen counter. I saw my stepmom setting up the table. I forgot that it's almost dinner.

"Samantha, why do you keep on taking your brother's clothes?" She asked when she saw me taking a huge bite on the apple that I took at the basket.

I was sitting at the kitchen counter. "What did I tell you? Wash the apples first before you eat them." My stepmom added.

I smiled at her and gave her a wink. She laughed at my action and I just took another bite before responding. "It's okay mom. I know you always wash them for me." I winked at her before taking another bite. "Is Dad home by the way?" I asked.

She carefully put in another plate on the table before answering.

I took another bite while waiting for her to say something. I'm guessing that the last plate was for me.

She still does that every time even though she's aware that I can't stay that long.

My legs swing freely as I sat above the kitchen counter. The house still looks the same. I guess my step mom really like keeping it the way it is.

I don't believe that every stepmom is like that of Cinderella's. Or of those any other fairytales where the daughter was being trampled on by the new wife once their dad remarries. Or maybe I was just one of the lucky ones to have the kindest stepmom ever.

I'm not going to tell you the whole story because I don't want to bore you. Basically, my dad and mom broke up and now, each of them have their own family.

They did not get separated when I was a kid because technically, my father did not know about me till I was ten. My mom never told about me with my dad because she thought it didn't matter during that time. Plus, she didn't know she was pregnant before they part ways.

I was ten when my father learned about my existence. That's when I found out that I have a younger brother.

I was so lucky to have the best stepmom and stepdad in the world.

After my father found out about me, my mom decided to let me stay at my father's every vacation. Luckily, my stepmom was fine with it. She even insisted that I call her Mom as well.

"He called in and said he will be late. You should have called him to say that you are dropping by. You rarely see each other."

I sighed. She's right. When was the last time that I saw my father? I can't really remember. It's been three months I guess. He's always not here every time I drop by considering that I rarely do so every month. I already have my own place but I make sure to drop by the house every single time that I can.

"Mom, when will Jake be leaving? I heard VOELEVARD will have a tour again this year? He's rarely home. Whenever he is in the country, he always stays at their dorm." I can't help but ask about my brother.

You heard right. My younger brother is a famous celebrity. He is part of the famous boyband VOELEVARD who happen to have conquered the world. They have millions of fans.

But hey, we have a not so normal relationship.

Me and my brother have a bittersweet relationship.

I was ten when I came home with my Dad with one big luggage with me. I remember being nervous since I know that I have a younger half-brother but once I came in, he runs in his pajamas and hugged me so tight.

To say that I was surprise was an understatement. Turns out that he really wanted to have a sibling. My stepmom had a complication when she had Jake that's why she cannot have another child.

Having me as his older sister is a blessing for Jake. Well, at least that's what he always tells me.

I'm only three years older than him. We were so tight back then. We slept on the same room till I was fourteen. I remember teasing him when I saw a picture of him and a girl under his pillow.

It's funny how he didn't mind that I found out about it and even asked me if the girl was pretty.

The girl is definitely pretty but I have a feeling that she's different. The girl looks like she would kill Jake in the picture. Jake was linking arms with the girl but it looks like the girl was trying to push him away.

Whenever I was with my real Mom, Jake would literally send me a message everyday asking me to meet him. I even remember him sneaking from his class to visit me one time.

I was Sixteen when I was given an opportunity to be an exchange student in America. I was first on National rankings during that time and got a scholarship to go abroad. That's when everything went downhill for both of us.

Jake got mad when he found out about it. I know he's happy for me but he clearly doesn't like the fact that I will be leaving.

After that, he never really talked to me. He even refused to send me off. I almost did not leave but my father said that I should as this is a very good opportunity. And that's how we fell apart.

A year after that, I found out that he started training to be an idol. I was so happy for him. When we were together, I would always catch him dancing his way to the restroom and I would literally burst out laughing seeing as he was always doing a poor representation of Moon walk.

Even if he's not talking to me, I would always call her mom and ask about him. I would always ask if I can speak with him but he refuses. When I got back, Jake had already debuted.

I am always happy watching him perform from afar and even went to their concert every time I am free, even those from out of the country.

It makes me feel so proud and happy every time I see him dancing and singing on the stage.

I was cut off from reminiscing when I heard my brother's voice coming in to the kitchen.

"Mom! Have you seen my blue sweatshirt?"

I quickly jumped from the kitchen counter and rushed to my stepmom to give her a kiss in the cheeks. "I need to go, Mom. I have a meeting tomorrow and I haven't had a good sleep. See you soon. I love you." I told her before I run through the back door. I grabbed another apple before I left.

One I reached the gate, I get in my car just like every other time. I tried it so hard that Jake would not see me.

I don't want to make him feel upset.

I stopped trying after he locked himself inside the room for days when I decided to stay at home and he nearly died of hunger because of that.

I regret so much that we were not what we used to be before. Now, all we have is our messed up relationship.

After that incident, I promised myself that I will do everything to make sure my younger brother is happy.

Even if it means watching him from afar.