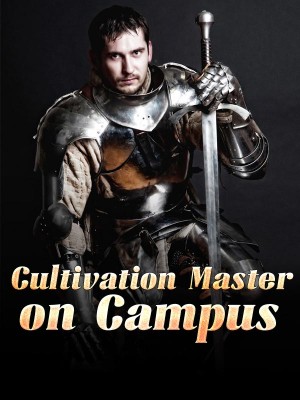 I'm not sick, I don't eat medicine, I am really a Xiuxian expert. "When the truth is always misunderstood, Ye Han said, "I'm just an ordinary college student." PS: Anyone who likes this book is welcome to join the bookcase. Group chat number: 7561212

In the darkness, an ethereal voice sounded near and distant, echoing in Ye Han's ears.

Ye Han suddenly opened his eyes, and sweat soaked through the sheets, but he did not notice. He just blankly looked at the ceiling.

The strange and familiar voice in his dream made him feel lost and inexplicably sad.

At this moment, some whispers came and interrupted Ye Han's inexplicable sadness.

"Are you guys sick in the middle of the night?"

Ye Han was shocked. When he came back to earth, he saw that the five heads were half-circled and watching him.

Especially when he saw the malicious smiles on these people's faces, Ye Han could not help cursing them.

Fortunately, they had a habit of sleeping without turning off the lights in their dormitory. Otherwise, Ye Han would have punched them with his best fist since he was surrounded by so many people.

"Ye-zi, what's there to be unhappy about? Speak it out and let everyone be happy." Lu Xiaodong, his roommate, revealed a smile on his aunt's face and asked with concern.

Although the rest of them did not speak, they stared at Ye Han with expectant eyes. It must be gossip to make Ye Han, who was grinning cheekily and did not care about anything, cry at night.

"I'm very happy to let you down..." Ye Han sneered and said lightly.

This group of bad friends were idle all day. Every day, they only ate, played games and flirted with girls. They just gossiped. It was a pity not to be a paparazzi.

Especially the dark history of digging others, these people were more enthusiastic.

Just like Lu Xiaodong, who had flirted with girls on the Internet for a week, he happened to find that the other party was an old man cooking in the cafeteria.

This was the shame of Lu Xiaodong's life. For this reason, he cut off the kitchen and never stepped into the school canteen again.

Lu Xiaodong was in urgent need of an explosive gossip to divert people's attention so that he could hide his black history forever. But black history was not something that could be easily found, it must have patience and keen observation.

He secretly observed every roommate in his dorm. After such a day, there was finally some movement. Lu Xiaodong shouted in his heart with excitement.

Oh my god, the earth, someone finally takes my dark history. I'm finally going to get rid of it...

Lu Xiaodong smiled and tried to keep calm. He said faintly, "Look at the tears on your face and the wet sheets..."

"Don't tell us that you wet the sheets with urine..."

With Lu Xiaodong's reminder, Ye Han also felt a little wet on the bed. He was stunned and was about to speak when a drop of water slipped down the corner of his mouth.

It was salty and a little bitter.

For some reason, the feeling of being carried on his back once again came to his mind.

Did I forget something?

In a trance, Ye Han was distracted again...

Ye Han was absent-minded. In Lu Xiaodong's eyes, he became silent. At this moment, he could no longer hold the excitement in his heart. Whether it was "bain bed or crying at midnight, it was a human stain. He seemed to see his successor.

Immediately, he smiled and asked, "Yezi, what happened?"

The others in the dorm did not speak and continued to watch. They had already smelled it. This was the replacement between the old and the new gossip. What was hidden behind the silence were the long-buried blades and swords. A verbal battle was about to begin.

After coming to his senses, Ye Han sighed slightly in his heart. Then he glanced at Lu Xiaodong and faintly said, "Since I have been discovered by you, I won't hide it anymore..."

The moment he finished his words, the whole dorm quietened down. Everyone pricked up their ears, waiting for the arrival of the gossip.

"My life is about to lose my freedom..."

Ye Han deliberately paused, lit a cigarette, took a deep breath, and then said, "Su Fei forced me to be her boyfriend..."

After that, Ye Han looked at Lu Xiaodong, only to find that the smile on his face had already frozen, and the faint pride and joy were disappearing quickly.

The rest of the people slowly froze, and their eyes gradually became bitter.

"Aren't you two fighting against each other?"

How could you start the indiscriminate group injury?

Was this really okay?

Is it interesting to hurt single people?

The people's resentment gradually condensed on their faces, but there was no place for it to erupt.

It was dangerous to eat a melon, but one had to be careful when watching a play.

In the end, everyone could only express their international friendship with Ye Han. They raised their middle finger to Ye Han and then dispersed.

Only Lu Xiaodong still stayed where he was and looked at Ye Han with a blank look. He didn't know if he was disappointed because he had lost the dark history of the challenger, or he was shocked that Ye Han could find a girlfriend before him.

Sophia was the most beautiful girl in the law department. There were not a hundred people who pursued her, and there were dozens of them. Moreover, she had no contact with Ye Han at all. How could she choose Ye Han, who was not outstanding in all aspects, to be her boyfriend?

Lu Xiaodong doubted in his heart.

Ye Han smiled and said nothing. He didn't want to pay attention to Lu Xiaodong. Let him guess by himself...

The next moment, Ye Han got out of bed and stretched. At this moment, a fit of dizziness hit him and he almost fell to the ground.

"How much sweat has he been sweating? Why does he feel like he has collapsed..."

She cursed inwardly and sat down slowly. Then, she grabbed the wet sheets and threw them into the washing machine.

"The Metaphysical Tao can be obtained from within, and can be defended from outside. The one who uses it can be used by the God, and the one forgets the weapon. The essence of the Mystical Tao..."

Ye Han stopped and his face showed a strange expression.

First, there was a strange and familiar voice ringing in his ears. Then, he was surrounded by his five roommates. Now, an ancient text suddenly appeared in his mind...

Ye Han thought and turned his head to look at his roommates.

"Could it be that these fellows are up against me?"

At this time, everyone else had laid down, only Lu Xiaodong was still looking over.

Could it be him?

The more he thought about it, the more likely it was him. After all, it was not surprising that this guy was eager to get rid of the dark history now and made some troubles.

Ye Han nodded slightly at Lu Xiaodong and went into the bathroom to take shower.

Cold water poured down from the top of her head. The cool feeling made Ye Han shiver and feel a lot cooler.

At this moment, something happened.