Home/ Lord of All Gods Ongoing
I'm a loser. My mom left a magical thing to me, which made me the most powerful man in this world. 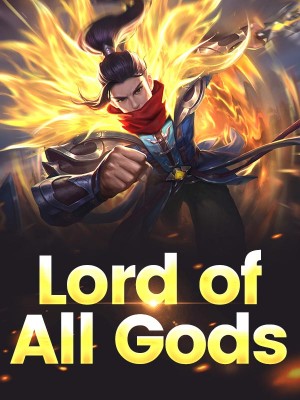 Lord of All Gods

Everyone believed Ye Liuyun was trash, even himself. No money, no talent, and no one he could rely on. Bully, scorn and laughter, that’s what he deserved. But Ye Liuyun never gave up working hard. One day things had changed. Ye Liuyun’s inner power was suddenly awakened. He could cultivate a divine level spirit and became a supreme hero. Slaying demons and exterminating devils, his adventures just started... Money, beauty and power, he would grasp everything in his hands...

About
Table of Contents
Comments (33)

It was late afternoon and the sky was adorned with snowflakes in the northern part of the Great Zhou Dynasty.

Another year was about to end!

The Ye family of Fengyang City, as one of the three prominent families, was already making preparations for the annual competition a month in advance.

In the Cangyun Continent, where martial arts were prevalent, the annual competition was undoubtedly the most important event for each family!

In the back hall of the Ye family's Weapon Hall, a teenager clad only with a pair of trousers with a black stone pendant tied to his neck, was waving an iron hammer in front of the furnace, constantly refining a flaming-red iron.

The fire made his face shine red. Beads of sweat oozed from his determined face and muscular body.

The young man was tired. He threw the hammer aside, wiped the sweat on his forehead, and glanced at the burning iron. He couldn't help but murmur.

"I only wanted to make a knife. Must she pull out such a prank? Where did she find this piece of broken iron?"

He had smelt the iron for two years, and he would spend at least two hours refining it every day. But until this day, it was only slightly deformed.

Over the past two years, while he failed to refine the knife successfully, his body had become much stronger than an ordinary person's. He became very skilled at wielding a hammer that weighed more than 100kg.

He shook his head helplessly and fought with a Metal Puppet next to him.

All of a sudden, crashing sounds could be heard in the hall.

The Metal Puppet was also a rare sight, and it could use different techniques to fight him. It had thrown out different sets of punches in less than fifteen minutes.

There was no trick to the youngster's moves. He moved randomly, and he didn't seem to mind being punched at all.

Suddenly, he and the puppet exerted force at the same time, and their fists met.

There was a loud bang.

The Metal Puppet took two steps back while the young boy staggered four or five steps before stabilizing himself.

The boy rubbed his red and swollen fist. The muscles on his face twitched slightly from the pain, but his bright eyes were full of disappointment.

"Am I that weak? I've trained hard for four years, but in the end, I'm still only at the Third Level. There are only ten days until the annual competition. If I don't reach the Fourth Level, I'll definitely end up in the secondary branch!"

In Fengyang City, not even one practitioner had reached the incarnation phase. Achieving the Middle-stage of the genuine condensation phase was enough to lead a great family.

As for the realms above the astral phase, they were all legends!

He was already at the final leg of the Third level in the physical refining stage, breaking through into the early period of the Middle-stage realm.

He was unwilling to give up, but at the same time, he felt helpless.

When Ye Liuyun was ten, his aunt, Feng Wanru, came looking for his mother. It seemed that something had happened to her family.

However, his parents went back to her family and never came back. Feng Wanru stayed under his mother's request and took over his father's duties as the Artifacts Hall Elder.

Ye Liuyun had always believed that he could become stronger through hard work. Once he becomes strong enough, he could then find his parents and have a look at the outside world.

However, over the past two years, he was still stuck at the Third level of the physical refining phase! It did not improve at all no matter how hard he tried.

The disciples in the main and the secondary branch in the sect all looked down on him, calling him 'trash' and 'untalented'.

Even Ye Xingyu, who was engaged to him, would look at him with disdain every time she saw him. There were several times she had wanted to break the engagement with him and make him a laughing stock of the whole sect.

Ye Liuyun grabbed a thin shirt casually and put it on. He walked out of the back hall dejectedly.

At this moment, Feng Wanru had fallen drunk and was sleeping soundly on a rocking chair. Several empty wine gourds were lying on the wine table next to her.

Ye Liuyun glanced at Feng Wanru. Her face was pale and flushed. Her eyelashes were fluttering, and her chest heaved up and down calmly. He quickly withdrew his gaze and did not dare to look at her anymore.

Feng Wanru was eight years older than him. She was young and beautiful. Coupled with her elegance, she was indeed a great beauty!

However, his beautiful aunt had become an alcoholic. She would often get drunk, ruining her ladylike image!

Feng Wanru was experienced and knowledgeable. Ye Liuyun had learned a lot about the outside world from listening to her stories. However, there were many times that Ye Liuyun thought that Feng Wanru was deliberately exaggerating.

Nevertheless, when it came to cultivation, she didn't give him any medical pills other than letting him train his body. She even said that it was for his own good.

Ye Liuyun didn't understand. Those who didn't have a bloodline awakening also took pills to raise their realms. He had tried to argue with Feng Wanru, but it only made her angry. It didn't help much.

Therefore, Ye Liuyun's slow progress in his realm had everything to do with him never taking the pills.

Feng Wanru didn't care about his realm. However, when she realized that he still didn't have a bloodline awakening, she had no choice but to release her sorrow by drinking.

Thinking of this, Ye Liuyun's heart ached for his aunt.

"I wonder if she could stand it if they drove me out of the main branch," He thought.

Sighing, Ye Liuyun picked up the wine gourds on the table and went out to get her more wine.

Ye Liuyun didn't feel cold. Facing the snow falling from the sky and breathing in the biting cold air while his feet were submerged into the deep snow, he felt much better instead.

Just as he was two blocks away from the tavern, he suddenly stopped and frowned.

Suddenly, a masked person shrouded in black jumped out of the alley next to him and pounced on him like a gust of wind.

Ye Liuyun could smell a woman's fragrance amid the wind. It was particularly obvious in the fresh air after the snow.

However, his realm was too low. He couldn't avoid the black-clothed man's attack even if he sensed danger. The person in black stabbed him in his lower abdomen.

Ye Liuyun subconsciously covered his lower abdomen with his hands, which were stained with blood.

"It's a woman! This hand and the scent. Ye Xingyu? Was she planning to kill me?"

He didn't know about the others. Even though Ye Liuyun didn't have a good impression of his fiancee, he had carefully observed her before. Thus, he was able to tell who she was at once.

But in the past, Ye Xingyu would only embarrass him with a few humiliating words and encourage others to find trouble with him. She had never done anything else otherwise, let alone killing him.

There was no time for him to think much. With a cracking sound, her palm hit the pendant on his chest. She might have broken it.

The moment Ye Liuyun fell backward, he hastily grabbed the pendant in front of his chest with one hand. It was the only memorial that his parents left for him.

Ye Liuyun fell to the ground. The woman in black followed up with another sword attack and stabbed at his throat.

"Hmph!" A cold snort echoed in the street like a thunderbolt. Then, a powerful force pressed toward the woman in black.

The woman was so shocked that she froze. She could no longer thrust her sword. She puked out a mouthful of blood, turned, and ran away.

Ye Liuyun was relieved to see the woman in black escape. It seemed that someone had saved him. Just now, he thought that he was going to be killed!

At this moment, he didn't know that the black pendant had absorbed his blood.

All of a sudden, the pendant flashed and enveloped Ye Liuyun's entire body. The wounds on his body immediately healed.

His wound had healed? What was going on?

Ye Liuyun was shocked. Before he could even figure out what was going on, the black pendant had flown into his body.

Perhaps due to the severe injury, his consciousness became more and more blurred. He gradually fell unconscious.