Home/ My Overpowered Tao System Ongoing
An accident granted me superpowers, and turned me from a loser to a billionaire! 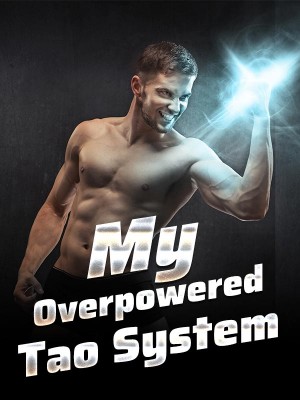 Have you ever thought of becoming a hero from a nobody one day? For Zhou Yanliang, a man living in humiliation, he didn't dare to think about it, but fate gave him a chance! An accident gave him superpowers and turned him from a loser to a billionaire! He was given a magic book that could grant him any wish! From that day on, he was no longer the trash who lost his parents, was spurned by his mother-in-law and despised by his wife. He used his ability to solve one lurking crisis after another, making all those who despised him cast respect on him. Yes, he gained wealth, status and the woman he loved. But, at the same time, a terrible danger is approaching him...

Zhou Yanliang's face was a little blank as he sat behind the bar. The woman's voice that had suddenly appeared in his mind was so clear but faded quickly as if it was just an illusion.

Looking at the empty shop, he felt that something had happened just now, but he didn't know how to say it.

It was as if something had happened, but he had forgotten about it.

At this time, there was a "bang" from the bar in front of him, then a sharp voice rang out, "Zhou Yanliang, why are you getting ruder? You're ignoring me while I talk to you!"

Zhou Yanliang raised his head and looked at the middle-aged woman sitting opposite him. Only then did he come to his senses and hurriedly said, "Sorry, mom, I just seemed to have some hallucinations just now..."

"What hallucinations? You simply ignored my words. Don't you dare think that you can relax if Ning'er marries you. If it weren't for that expert who guided the two families for your marriage back then, how can you marry my daughter! Now, you just watch over such a shabby bookstore all day, and you can't even make a thousand yuan a month. How can you support Ning'er financially? You can't even afford lipstick!" The woman patted the aged bar counter, completely ignoring the fact that the bar was going to fall apart under her force.

Zhou Yanliang had a bitter look on his face. He just lowered his head and listened. He didn't dare to retort.

The person sitting opposite him was his mother-in-law, Song Fengxue. She had a small clinic in Qing Province. Although it was not big, she still had an income of one million yuan every year.

His father-in-law, Ji Zeming, was a professor who taught history at the Qing Continent University. Compared with such a person, Zhou Yanliang's junior high school qualification was no different than the illiterate.

As for his wife, Ji Xinning, not only did she have a face and figure that was comparable to that of a celebrity, but she had been a top student as well since she was a child. After graduating from college, she started to run a large-scale enterprise and made it to middle-level management at a young age, with an annual salary of more than 500,000.

On the other hand, Zhou Yanliang's parents passed away in a car accident when he was in his second year of primary school. Thanks to the Ji family's support, he managed to go to junior high school.

What happened to his parents had a great impact on him. At the same time, he had been living under others' roof since he was a child. Gradually, he became cowardly and introverted. After junior high school, he didn't go to school anymore.

In other people's opinion, Zhou Yanliang took the initiative to drop out of school because of his poor academic results. However, the truth was he didn't want others to gossip that he kept spending the money of the Ji family.

This bookstore was the only legacy left by his parents. However, in today's society, who would still buy books? The business of the bookstore was getting worse and worse. The profit per month was even lesser than a thousand yuan.

What everyone couldn't understand was why Ji Xinning was willing to marry such a loser. Many people talked behind her back, saying that Zhou Yanliang was a kept man.

Zhou Yanliang knew a little about the reason behind her decision, but he always felt that what the so-called expert said was bullsh*t. It was said that there would a disaster in the Ji family. Without him, the family would be destroyed.

Could it be possible?

Now that the Ji family was doing well, everything seemed to be going well for them. It didn't look like there was a disaster at all, did it?

"I don't care what Zeming said. Anyway, I won't let my daughter be stuck in this hellhole all the time. There are still three months before New Year. I won't make things difficult for you. After the New Year, you two will get divorced. At that time, I will give you five hundred thousand dollars, and no one owes anyone anything from now on!"

Looking at his appearance, Song Fengxue became even angrier. How could such a wimp be worthy of her daughter? She didn't know why she was so muddled that she really believed what a man had said more than 20 years ago!

"B*stard, I'm annoyed as soon as I see you!" After Song Fengxue finished speaking, she pushed a few old books on the bar counter to the ground and left.

Then only Zhou Yanliang raised his head, and the bitterness and grievance on his face were obvious. But what his mother-in-law said was true. He was indeed not qualified to be with Ji Xinning.

Despite being scolded like this, Zhou Yanliang still stood up and saw his mother-in-law off.

After leaving the store, Song Fengxue drove away directly.

"Are you being scolded again?" A man in his thirties stood at the door of the beef soup shop and asked.

Zhou Yanliang gave a wry smile and nodded. Just as he was about to turn around and enter the house, a six-year-old little girl ran to him from the store. She blinked her big eyes and asked, "Zhou Yanliang, can I read a book in your shop after finishing my homework?"

The man came over and picked up the little girl while saying, "How many times have I told you? Call him Mr. Zhou."

"It doesn't matter, Wang Ge. In fact, I would really like to have a sister like Xiao Ling." Zhou Yanliang said. After his parents died, his relatives no longer contacted him, so he desired a close family relationship more than anyone else. When he was talking to the little girl, he suddenly saw that there was a blood red light on her forehead, which was very conspicuous.

"What's wrong with my forehead?" The little girl rubbed her forehead and asked.

Zhou Yanliang looked at her and then looked at Wang Ge who was the owner of the beef soup shop. He asked in confusion, "Can't you see it?"

"What is it that we can't see?" Wang Ge was also puzzled.

Zhou Yanliang didn't know how to explain it, but he was afraid that he had hallucinations because he was too stressed. He had to shake his head and said, "It's nothing. Let Xiao Ling come to read a book once she finishes her homework."

"Can't do that today. I have to go back early to buy beef," Wang Ge said.

Zhou Yanliang didn't try to persuade him. He nodded and went back to his store.

After picking up the books that Song Fengxue had knocked to the floor, he sat behind the bar for a long time before he gradually came to his senses.

At this time, he suddenly noticed that there seemed to be something extra on the bar.

There were a few antique walnuts that had just been cut open, but they were not good-looking. His father-in-law, Ji Zeming, was very fond of this kind of playthings. It would be his birthday soon. Zhou Yanliang wanted to try his luck to see if he could cut out a pair of better-looking antique walnuts as gifts.

Aside from the walnuts, there was also an ancient white book next to them. There were a few obscure symbols and words on the cover.

Zhou Yanliang was very sure that he had never seen such language before, but he knew its meaning clearly. "Tao Tianshu, fulfilling your every wish as long as you dare to wish."

There was a trace of doubt in his eyes. He didn't remember that he had such a book.

What made him even more surprised was that he actually saw six golden rays the size of rice grains on the cover when he looked at the book. To be precise, his left eye saw the light.

If he closed his left eye, he would realize that there was nothing on the bar. When he opened his eyes, the ancient book and the golden rays were still there, which stunned him.

He had a vague feeling that the sudden changes his left eye noticed and the ancient book on the bar had something to do with what he had forgotten just now. But no matter how hard he thought about it, he couldn't remember what he had forgotten. It was as if a part of his memory had disappeared.

After hesitating for a moment, he slowly reached out his hand and touched the ancient book that could only be seen with his left eye.

Surprisingly, even though only one eye could see it, it felt as if it was tangible.

The cover of the book was like some kind of leather. It was warm and soft to touch. However, the book gave a feeling as warm as the skin of a living person, which was very strange.

Curiosity defeated his caution. Zhou Yanliang slowly opened the cover, only to find that the inside was blank.

He gave a wry smile and thought, "What's this?"

Looking down at the antique walnuts in his hand, he sighed. If he gave them to his father-in-law, they would be thrown into the trash can on the spot, right?

However, what's so interesting about this kind of thing?

Zhou Yanliang picked up the antique walnuts with one hand and rubbed them with his palm while his other hand picked up the strange book. He wanted to study it again.

The page was still blank, and it looked like there were many pages. In fact, there was only one page that could be flipped while the rest seemed to be stuck together.

Zhou Yanliang let out with a sigh again. Feeling the friction of the book on the palm of his hand, he subconsciously thought of the introduction about antique walnuts.

Information about what the best walnut looked like and how to distinguish it flashed across his mind.

At this time, Zhou Yanliang suddenly felt that there seemed to be something more in his hand. He looked down and could not help but be stunned.

The antique walnuts on the table looked extremely big.

He was dumbfounded straightaway. Why were there so many walnuts all of a sudden? At this moment, he caught a glimpse of the page of the blank book. A couple of walnuts were slowly emerging from the page.

Zhou Yanliang almost fell off the chair when he saw this.

Were they coming out of the book?

Looking at it carefully, there was also a sentence on the page, which looked very familiar. Thinking about it carefully, wasn't it the introduction to the most perfect antique walnuts that he had just recalled?

"So, have my thoughts come true in this strange book?"