Home/ President's Sweetie Ongoing
She drowned in a night with a stranger man and got pregnant successfully. She gave birth to a pair of dragon and phoenix fetus after she was pregnant in October. 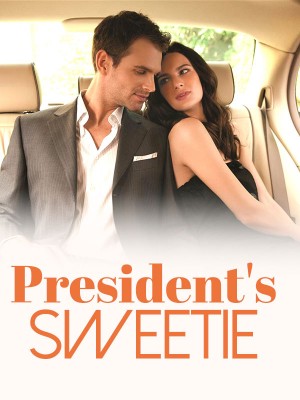 Her father committed suicide by jumping off a building. Her mother was injured and turned into a vegetable. Zhong Xueyan was forced to collect a large amount of medical expenses on behalf of pregnancy. She fell into a coma with a stranger man overnight and got pregnant successfully. In the chaos, she gave birth to a pair of dragons and phoenixes again! It turned out that there was a baby in her belly! She was overjoyed. She took her only remaining youngest son away from this city and dared to return after three years. Unexpectedly, the fate opened again...

"Yan Yan, your father, he, he went to the rooftop of the company's building. He wants to commit suicide! Hurry up and go there..."

Zhong Xueyan was scared to jump up by her mother's cry. Before she could respond, she ran out of the girls' dormitory of the entertainment college with her mobile phone. Ignoring the cold rain on her body, she rushed to the school gate.

However, the academy was located on the edge of the city and there were not many vehicles coming and going. There were no taxis passing by at all. Zhong Xueyan was anxious and rushed down the road regardless of anything. She opened her arms and blocked a private car that was rushing over.

The special assistant, Xiang Yifei, stepped on the brake in a hurry. After a sharp sound, Bentley stopped less than ten centimeters away from Zhong Xueyan!

"Mr. Feng, are you all right?" Xiang Yifei calmed down and asked his big BOSS who was sitting in the back seat in a hurry.

At this time, Zhong Xueyan had already run to the side of the car door and knocked on the glass window. She bent down to look at the inside and begged a stack of people. "I have something urgent to do and I have to go to the Building of Origin. Could you please take me there? Please!"

As soon as Xiang Yifei pressed the button, the window slowly fell down.

Xiang Ming was about to scold Zhong Xueyan outside, but Feng Jinglue said first, "Let her come up."

"Thank you, thank you!" Zhong Xueyan hurriedly thanked him. Her anxious eyes kept staring at Bentley and turned around at the intersection in front of them.

No one spoke. The atmosphere in the carriage was frozen.

Feng Jinglue stared at the side of Zhong Xueyan's face through the flickering light. No matter how he looked at it, he felt that she was overlapping with the figure hidden in his heart.

It was a pity that Zhong Xueyan was so concerned about her father that she didn't pay attention to her father and looked back.

They finally arrived at their destination, the Building of Origin, after about 20 minutes of heavy wind and lightning.

At this time, the small square was very noisy. The ambulance and the fire engine were all gathered on one side. The security cordon was pulled up at the entrance of the lobby, and a giant airbag was set up. The firemen, the security guards, the police, and other people were all waiting in a tight line. The media reporters carrying the gun, the short cannons, and the shooting equipment were robbing the news, as well as the onlookers were urging them to disperse.

Without waiting for the car to stop, Zhong Xueyan opened the door and reached out to the ground.

"Ah! He jumped!" Someone in the crowd screamed first, and then the cry came and went.

Bang! A heavy body fell straight down from the 38th floor, hit the edge of the airbag, and finally rolled down to the ground!

All of a sudden, there was a hubbub of voices.

Just as she was about to run over, Zhong Xueyan's legs went limp. She felt everything go black in front of her eyes. "No! No! Dad..." Before she could finish her words, she fainted on the ground...

Feng Jinglue sat in the CEO's office on the top floor and read the documents.

Xiang Ming came in and reported, "Mr. Feng, the results of the screening have come out. Please take a look." Then he handed over a document.

"Get to the point." Feng Jinglue was expressionless and did not even raise his head. There was no temperature in his voice. He did not want to distract himself from this kind of things.

He quietly took back the material and said, "The candidate is Zhong Xueyan, aged 19 this year, a sophomore in the city's entertainment school..."

"Zhong Xueyan?" Feng Jinglue repeated this familiar name, and the face of the girl who stopped his car in a cold rainy night a week ago appeared in his mind.

Xiang Ming felt that the Big Boss had already remembered who Zhong Xueyan was. He could not help but raise his voice and said, "Yes, she was the girl who stopped our car that night and rushed to the Fragrance Building. I saw that she met your requirements both in appearance and in terms of conditions, so I paid special attention to the movements of her family. As expected, she was desperate after Zhong Siyuan's death..."

After that, he continued to read the documents with his head down and stood in the same place and looked at Xiang Ming without even looking at him...

At 8 o'clock that night, Zhong Xueyan arrived at the appointed place and waited anxiously.

Tonight, she was supposed to be the top seven of her father's family. She should have burned some paper money for the worship ceremony at home. However, since her father had killed herself, her and her mother's money had been taken away by the creditors and left in the streets. All the real estate and companies had been frozen by them.

If it weren't for her close friend's kindness, she and her mother would have slept at the bottom of the bridge. Unexpectedly, they didn't come alone. When her mother ran outside to borrow money from her relatives, she accidentally fell to the ground, hit the back of her head with a sharp stone and damaged her skull. After she was sent to the hospital, she was still unconscious.

She was busy dealing with her father's funeral and taking care of her mother who was lying on the bed. Zhong Xueyan was exhausted and tired, but the most urgent thing was the huge operation fee and treatment fee. It was not a good idea to rely on her best friend to pay for it. She tried to get up and go to her boyfriend Ji Yunyun's house to ask for help. As she expected, if she was rejected, she would not see her boyfriend!

Since her father committed suicide, Ji Yunyun and the Ji family had never appeared. There was no phone call or any comfort. The man who had been pursuing her seemed to have never existed!

What disappointed her the most was her eldest uncle's family. They disappeared overnight, without a trace, not even showing their faces!

If she could not raise enough money to pay the hospital rent in a short period of time, her mother would be expelled. The consequences were unimaginable. At this moment, she received a mysterious call and asked if she would like to be pregnant on behalf of her mother. The payment was two million yuan.

There was no choice. She was willing to do anything to save her mother. She agreed immediately and made a comprehensive physical examination. This afternoon, she received a phone call and said that she met the conditions. And today was her pregnancy period, so she came here to sign the first deposit and pay the deposit, and then implemented the substitute pregnancy process.

A black Mercedes stopped by the side. The sound pulled the distant Zhong Xueyan back in front of her eyes. Her hands couldn't help but tremble, and she looked at the falling window with a pale face.

"Come up!" Sitting in the driver's seat, Xiang Yifei wore a black baseball cap and wore a big mask to cover his face tightly. He gestured to the stunned Zhong Xueyan at a high frequency.

Zhong Xueyan had to open the back door and sit in. Xiang Ming handed her the agreement she had prepared in advance. "Miss Zhong, look carefully and sign it. One million will be transferred into your account first. When you give birth to a baby, you will pay one million later. Also, for the baby's health, and also for the success of conceiving, I have to declare in advance that it must be physically pregnant."

bindings pregnant? Zhong Xueyan's hand, which was going through the contract, paused. She suddenly looked up and stared at Xiang Ming. She knew that these four words meant that she was going to have a relationship with a strange man!