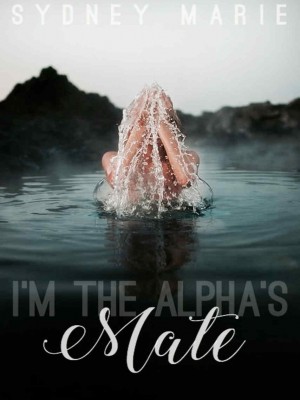 Young werewolf, Evangeline, can do something no other can, hold communication with someone far beyond her realm. Always at her side, the Goddess of the moon has guided her through the toughest of times, but when the truth starts to bleed out, when an Alpha claims Evangeline as his own, and when the most dangerous come seeking revenge, Evangeline may have to face it all alone.

"I promise I won't be out long," I try to convince my grandmother as she interlocks loops of wool that somehow produce a blanket. We do not need any more, but I watch her as she knits like a child learning to speak, wondering how string and words come together so flawlessly and gain meaning. She rolls her eyes at me and continues to rock back and forth in her old, wooden rocking chair--one that my grandfather built before he passed--like some image of perfection. The creaking noises crawl up my back and into my ears. My grandfather had a knack for woodwork and was often found working outside, though I was too young to remember the sight of it.

I inch closer to her as if she forgot I had asked a question.

My grandmother and I are different; there are two sides to us. One side is human, and the other is beastly. This animalistic half has been with me since birth without a choice. I had no say in the matter as it remains entirely genetic. Like my grandmother, I have the ability to turn, to shift into something wild, a creature coated with thick, rich fur and built with sharp, threatening teeth. A wolf. Specifically a werewolf, wer meaning man which is silly because I am clearly not a man.

My grandmother and I are not the only werewolves in existence, in actuality, there are hundreds of our kind scattered around the world. I was born into a pack, though I do not remember much about those. It is a vague memory as at the time I had other things to worry about, other problems to distract me. Though in the pack, I lived with my mother and father, and in the beginning, all was well, that I remember. The laughs and memories resurface now and then to torment me.

After an attack on the packs land, they sent me away to live with my grandmother. It is for safety, they told me, yet I have not seen them since. My grandmother has taken care of me from then until now, raising me for over a decade, and for all these years the only reason I have is that of an attack. Details were not given to me, even after asking grandmother. She does not seem to know much either.

"Grandma? Can I go?" I call to her like a distance voice. She seems to be somewhere else.

She sighs and sets down her knitting needles, the only ones she has ever used. There are a few scratches in the wood, but they are not impaired enough to make her toss them. "Fine, but be back before dark, or at least before the canopy matches the sky, dear."

I slip on my coat, one that I usually wear when the weather is on the cooler side. "I'll be back," I call to her before fleeing out the door and into the crisp autumn breeze. I suck in a deep breath of the relaxing aroma. It smells like fallen leaves, damp dirt, and my freedom. If freedom had a scent, it would surely smell like this.

I wander through the trees, gazing up their mile-long trunks, watching their burnt orange and burgundy leaves sway like the rocking chair I saw only moments ago. There is a wet feeling in the air, and all around me is damp from the rainfall earlier today. I watched the rain from my bedroom window before being called down for lunch. The raindrops stream down the glass, and I try to find meaning in the drawing. Part of me is always looking for answers in everything, waiting for the universe to give me clarity on fogged aspects of my life. After deciphering the squiggly lines for far too long, I give up and try to remember that they are just raindrops on my window.

The cool temperatures of the season keep the forest and my skin fresh. The forest is quite crisp tonight, but even now, even in the snow, the rain, or sunshine, I feel uneasy like this. In my human form, there is a weird feeling in my stomach. The animals watch me like this, and I think it is because they believe me to be trespassing. In my more untamed form, they do not seem to mind me.

I hop over a fallen tree and come up to a small stream. Weeds and grass grow out of the clear, cold water and dance like they do not have a care in the world. My fingertips dip into the stream, and the water chills them to the bone, my skin turning blue and purple from the inside out.

I have never passed the stream, I always save it for later, but then I forget. Everything roaming and singing in the forest steals my attention, pulling me away as if I have transformed into a simple-minded child. Grandmother tells me not to cross the stream, so I do not. But I want to, I really do. The curiosity burns my soul, and you may think I am dramatic, which I am, but I walk here almost every day and wonder what is on the other side. Maybe a castle with a prince like in my childhood fairy tale books, but that is unlikely, so I will continue to pretend that there is a prince.

You wish, my wolf mutters to me.

Oh, don't you lie to me, I know that you want to find out what's over there too. I grumble inwardly, giving into the conversation that no one else can hear. The act brings a new concept to talking with yourself.

Okay, we're going back, I mumble to her and spin on my heels, facing the direction of the house. One day I will cross over, and I will find out what is on the other side.