Home/ Good-Bye Ex, I'm the Richest Lady Ongoing
I abandoned my inheritance to marry a poor guy, but he cheated on me! 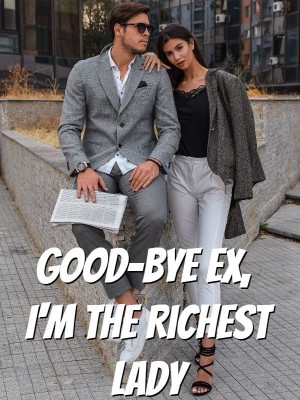 I was schemed by my husband's mistress! She purposely jumped into the swimming pool and murdered her child in her belly, just to frame me and make my husband divorce me! And everyone believed in her words, including my husband. I left everything in my family and gave up all the assets just to marry him. But now, after three years, he still loved his mistress, who's also his sister-in-law. To protect his mistress, he forced me to kneel down on the ground the whole night, ignoring the fact that I still had fever. It's time to say goodbye to this disappointing marriage. Goodbye, ex-husband. I will start my new life, go back to my family, and inherit billions of assets!

About
Table of Contents
Comments (17)

Late autumn in Lanz City was extremely cold and rainy.

Shen Chu stood in the garden, and her whole body was wet. She was trembling all the time.

The servants of the Bo family came and went. They passed by so many times but no one stopped to ask, as if Shen Chu was invisible. They were respectfully leading the way for a doctor in a white coat into the villa.

No one cared about Shen Chu. No one gave her, the legitimate young madam of the Bo family a look.

Deep down, Shen Chu also knew that after staying in the Bo family for more than three years, she might not be as important as that dog raised by Bo Munian's sister.

Moreover, she was nothing close to Lin Xiangya, Bo Munian's sister-in-law. He loved Lin Xiangya more than anything.

Just a minutes ago, Shen Chu and Lin Xiangya fell into the swimming pool together. The deepest part of the pool was only 1.5 meters. However, Bo Munian dived into the water and saved Lin Xiangya immediately.

Without looking at Shen Chu who was still struggling in the water, he ran back to the villa with his sister-in-law Lin Xiangya in his arms. After that, he even ordered the best doctors in the city to check Lin Xiangya's body.

Everyone in the Bo family surrounded Lin Xiangya. However, they treated Shen Chu as worthless trash and as air. They did not even say a word of concern to Shen Chu.

Shen Chu dragged her tired body and slowly walked back to her room. She took a shower and changed into an old set of pajamas. She climbed onto the bed to warm herself up. Unknowingly, she fell asleep after a day of exhaustion.

Shen Chu slowly opened her eyes, and the blanket on her body was suddenly lifted. When she saw that it was Bo Munian, her eyes immediately turned red.

“Munian, how is Xiangya?” Shen Chu sat up. Rubbing her temples, she saw Bo Munian's very gloomy face, and her voice was hoarse. “I didn't push her.”

Bo Munian looked at her, his eyes full of coldness. He sneered and said, “Get up, follow me to the ancestral hall.”

Hearing his words, Shen Chu was completely awake. She looked at Bo Munian in disbelief. Then, she endured the pain in her body and asked, “What do you mean?”

“Apologize!” Bo Munian didn't even bother to look at her. He dragged Shen Chu out of the room. It was as if he was dragging something dirty.

Bo Munian was very unhappy and didn't want to talk to Shen Chu. Linxiangya's body was already weak and unhealthy. Even though he immediately called the doctor after she fell into the water, the child in her belly still couldn't survive.

That child was his elder brother's only bloodline. But because of Shen Chu, the child was gone. There was nothing left.

When Shen Chu heard his words, she was completely stunned. It was as if she had been drenched from head to toe in a basin of cold water in the winter. This made one's hair stand on end.

The Bo family ancestral hall was a dangerous place. The last person who went in never came out again.

“Munian, I really didn't. Listen to me...” Shen Chu struggled to free herself from Bo Munian's hand, but it was useless. The pain made her pale, and he held her even tighter.

“If you have anything to say, just say it to the Bo family.” His cold voice sounded from the front.

Shen Chu staggered behind Bo Munian. She glanced at Bo Munian's well-defined profile. She had risked cutting ties with her family to marry him for his good looks.

However, since she had married him, he had never shown her any kindness.

She believed that for three years, no matter how cold his heart was, it would be warmed by her. However, she was wrong. He only had eyes for Lin Xiangya.

“Let go!” A cold smile appeared on Shen Chu's face. Her voice was monotonous. “I can walk on my own.”

Bo Munian looked at her with a flash of disgust in his black eyes. He pursed his lips and suppressed the anger in his heart. Then, he lifted his foot and walked towards the ancestral hall.

Shen Chu looked at his back. She really felt that those three years were a joke.

She was barefoot, wearing a knee-length night robe. Step by step, she walked toward the brightly lit ancestral hall. He didn't even give her time to wear shoes.

She clearly remembered that two days ago,Bo Munian squatted in front of Lin Xiangya and helped her put on socks and leather shoes, because she was ready to go out in sandals.

Moreover, he was urging her again and again, that she had to keep warm and take good care of herself.

Shen Chu smiled contemptuously. Staying in the Bo family was just a joke.

The Bo family members were all waiting for her in the ancestral hall.

“Kneel down!” The eyes under the old man's eyebrows were as fierce and ruthless as a knife, piercing into Shen Chu's heart. It was so painful that she could hardly breathe.

Shen Chu's face turned red because of the high fever. She glanced at the crowd. Everyone regarded her as a devil.

But, she didn't do anything wrong. Why did she have to kneel?

Shen Chu stood there and said slowly, “I won't kneel!”

Seeing that Shen Chu was unwilling to admit defeat, Old Master Bo was so angry that he threw the cup in his hand to Shen Chu's feet. He roared, “Kneel down!”

The broken pieces of porcelain pierced into Shen Chu's feet. The pain made her unable to breathe.

Seeing that Shen Chu was not afraid at all, Old Master Bo scolded her harshly. “Shen Chu, kneel down and apologize now!”

Shen Chu endured the pain and straightened her back. She looked at Old Master Bo fearlessly and said, “I didn't push my sister-in-law! I didn't do anything wrong. I won't kneel down and apologize.”

“It seems that she doesn't know how to repent! Someone beat her to kneel!” Old Master Bo pointed at Shen Chu angrily.

“Yes, Shen Chu has gone too far! Not only did she harm Lin Xiangya's child, but she also refused to admit it!”

“That's right. If we don't teach her a good lesson, who knows what terrible things she will do?”

“Poor Master Bo, the only child is gone!”

Everyone looked at Shen Chu, as if they were looking at some disgusting monster. Their eyes seemed to be going to cut her into pieces.

Shen Chu stood there calmly and glanced at them. Only her mother-in-law, Su Xiu, who usually treated her very well, was worried about her.

Seeing that her feet were bleeding, Qin Xiu felt pity for Shen Chu. She looked up at Old Master Bo and said, “Shen Chu is still young. She already knows what she has done. Why don't we...”

Old Master Bo glared at Qin Xiu. She instantly fell silent and did not dare to speak.

Seeing that Shen Chu's feet were covered with blood, she walked up to Bo Munian and whispered, “Munian, Shen Chu is injured. She's your wife. Take her to rest...”

Bo Munian's dark eyes grew colder and colder. He said contemptuously, “I don't have such a vicious wife!”

Shen Chu looked at Bo Munian in disbelief. Bo Munian tilted his head and met Shen Chu's gaze. His eyes were filled with hatred as he coldly said, “Shen Chu, you can only rely on yourself now!”

At the thought that his brother's child had become a pool of blood, the hatred in his eyes grew stronger. He pulled Qin Xiu aside and felt a little uncomfortable beside Shen Chu.

The younger sister of Bo Munian had always been at odds with Shen Chu. She walked up and kicked Chen Yan's leg with her high heels. “Force her to kneel.” Shen Chu stood up straight, tilted her head and stared at Bo Muqing. “Kneel down first.”