Home/ Marry Me Again? Ongoing
My new boss offered me a job, to work as his wife. 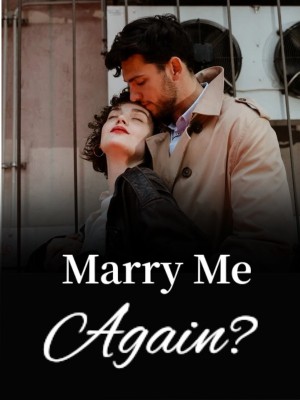 The three year marriage between Yin Xiangwan and Jin Yeqing ended with the request of Jin Yeqing to have an abortion. She divorced, went abroad, and left resolutely. Six years later, she came back with the child she hadn't aborted. She thought she wouldn't meet Jin Yeqing again, but the company she worked for would be acquired by him. And their children were in the same school! She couldn't let him find the baby. However, when she was playing with her child on the balcony one day, he happened to see her. Jin Yeqing squinted at the little boy behind her. "How dare you have a baby with another man without my permission?" But this child was just a replica of his childhood.

"Miss Yin, Mr. Jin wants you to sign this divorce agreement. From this moment on, your relationship as husband and wife is dismissed!!"

In the Jin Mansion.

All the 20 servants in the yard were busy packing for her.

Yin Xiangwan looked at her wedding room. Everything that belonged to her had been removed one by one...

Clothes, shoes, computers, and even small things like her toothbrush, toothpaste and towels...

In order to marry another woman, that man... was really impatient!

She looked at an old tree in the yard outside the window.

It's late autumn now, and the leaves were almost falling, bare and quivering in the stiff wind. Her heart, like the last leaf, hung on the high bare branches, about to fall and break.

She had been married into the Jin family for three years. She was supposed to be the other's scapegoat to marry Jin Yeqing, so their marriage had always been... time-limited!

At this moment that three years had passed, the title "Mrs. Jin" was about to be removed...

The lawyer was waiting at the door of their wedding room. He held a divorce agreement and a pen in his hand and handed them straight to her.

It seemed that she was not allowed to leave without signing!

Yin Xiangwan lowered her head and looked at the divorce agreement...

On the paper, the man's name had been signed. He was vigorous, resolute, and persistent. Through the handwriting, Yin Xiangwan seemed to be able to see the final decision when he signed the divorce agreement...

Her brows furrowed slightly as she received the divorce agreement handed over by the lawyer.

It turned out that from the beginning to the end, she was the only one who took this three-year marriage seriously...

Holding the pen in her hand, Yin Xiangwan felt heavy and powerless!

She pointed the tip of the pen at the place to sign, but the pen could not fall.

It was not until Yin Xiangwan raised her pen and paused for three minutes that the lawyer urged her to remind her.

She stared at his vigorous name on the paper, and her vision gradually began to blur...

After quite a while, she signed next to Jin Yeqing. It was her name Yin Xiangwan...

Compared with his handwriting, her signature looked weak and feeble. It was as if she was suffering a lot by signing this name!

"Madam, the master must have made a mistake and asked you to move out of the Jin Mansion. He must have feelings for you! He will definitely regret it if he divorces you!"

Yin Xiangwan took over the luggage that had been packed up by the servants.

"Regret", this word had never appeared in Jin Yeqing's world!

How could he regret it when he was so determined to divorce her?

Her suitcase rubbed against the ground.

Yin Xiangwan dragged her heavy luggage all the way out of the Jin Family estate, out of this place where she had lived with him for three years...

A black Bugatti Veyron was parked at the gate of the Jin Mansion.

The rear window of the car rolled down, revealing a handsome, angular face. Jin Yeqing tilted his head to one side and looked at Yin Xiangwan. His deep eyes were as calm as the sea, and with just one glance, he was able to attract everyone's attention.

The man opened his mouth, his voice deep and cold.

Sitting in the car, he was full of an aura that prevented strangers from getting near. Looking at everything outside, he was like an emperor looking down on others.

Yin Xiangwan tightened her grip on the suitcase, trying to hide her anxiousness.

When she moved here, no one picked her up. At the moment that she was leaving, she naturally did not need anyone to send her away!

Jin Yeqing didn't force her. He asked indifferently, "Where are you going next?"

She and the Yin family had always been at odds, especially since she had replaced her sister to marry this man. It was impossible for her to return to her parents' home.

"I would probably leave this city."

Only when there was no news from each other could there be no useless concern.

Then, there was a burst of silence.

One of them sat in the car, and the other stood in front of the car with her luggage. They were less than half a meter away from each other, but their hearts were separated by the sea.

Jin Yeqing called her to stop.

His slightly tilted gaze completely turned to her, and his dark eyes were covered with a layer of mysterious gaze. "Don't forget abortion. I do not want the baby."

When he finished saying this, she found that a gust of autumn wind blew and the last leaf on the tree fell off.

Broken on the ground.