Home/ YOU ARE MINE Ongoing 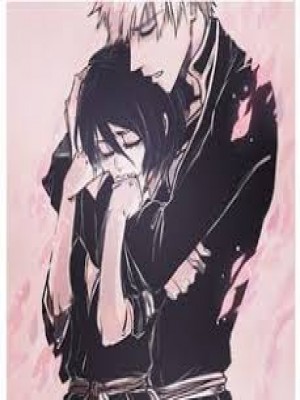 CLARA SMITH works at a bakery. She loves her family and is an obedient girl. She loves to cook, she is also a great artist but only ETHAN knows about it. ETHAN WALKER is a CEO at his family's company. he is a kind-hearted person. He has two elder brother whom he love so much. He is also great at the arts. ETHAN AND CLARA are arranged to marry each other by their family's wish. Will their marriage be successful? Will they fall in love? Will they be able to overcome their past memories? Will they end up together? This is novel about the sweet romance of Ethan and Clara. Who are arranged by their families to marry each other.

Clara is a 23 year old girl who is recently graduated from college and now works at a bakery. Her dream is to start her own restaurant. She loves cooking and her skills are also awesome. She lives with her parents and her siblings. She have a elder brother and a younger sister. Her brother is married with her Best Friend and Her sister is engaged to his other Best Friend.

Alex is Elder brother of Clara, He is 27 years old. He is a Bank manager. He is married to Elena Clara's best friend.

Elena is Best Friend of Clara and wife of Alex. She is 24 years old and she works as a assistant of Alex.

Alice is Clara's younger sister. She is 22 years old. She is in last semester of college. She wants to be a Fashion Designer. She is engaged to Stefan Clara's Best Friend.

Stefan is 24 years old. He is manager at Walker enterprises. He is best friend of Clara and he is engaged to Alice.

Elena and Clara are childhood friends and They are friends with Stefan since college.

Ben is elder brother of Elena and Best Friend of Alex. He is 27 years old. He and Ben are childhood friends. He is like an elder brother to Alice and Clara. He is in publishing company.

Aria is Clara's mother. She is a housewife

Fred is Clara's Father is in field of Architecture.

Emily is Elena's mother. She doesn't work after Alex's job but she used to be nurse. Elena's Father left them when she was 15 years old.

Stefan is orphan. He used to live with his cruel elder brother but he left him as soon as he turned 18.

Ethan is 26 years old. She is CFO at Walker enterprises. He is a intelligent and handsome man, Every girl want to be with him but he doesn't give a Damn about them. He lives with his mother and and a younger sister. His father died when he was 10 years old. He eldest brother is like a father to him.

Elijah is 38 years old. He is the eldest brother of Ethan and CEO of Walker enterprises He is married to a beautiful and kind woman Hayley. She is a housewife.

Evan is five year older than Ethan. He is Ethan's elder brother. He is COO at Walker enterprises. He is married to an intelligent business woman Sara. She was CEO of Salvatore enterprises But she left her post for her younger brother after marriage. She now work as secretary of Evan to be more with him.

Ella is younger sister of Ethan. She is 18 years old. She is in college.

Davis is best friend of Ethan. He is a famous Artist. He is close to ethan like a brother. He is like younger brother for Elijah and Evan also. He also works as manager at Walker enterprises. He is also a part of Walker family.