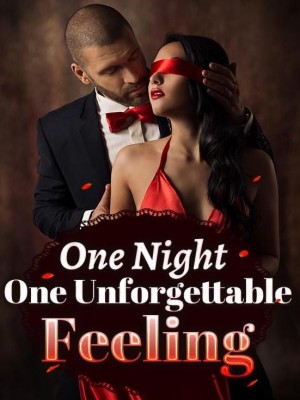 One Night. One Unforgettable Feeling.

Stella Pastrana works hard to be able to survive on her own. She is proud and confident on never giving up, after all the struggles she is experiencing . But when Dhinber Stree offers her five million dollars for one night of her time, she swallows her pride and accepts his offer. That's when she realizes, she won't even spend the night with Dhinber, but in the company of one and only Dominic Lazaro, a spoiled trust-fond kid. She read and heard he was good looking and charming, but nothing could prepare her for the real Dominic. When Dominic meets Stella, he has no idea she was bought and paid for, to spend the night with him. He's instantly smitten with her and sparks fly. One drink turns into dinner, which turns into an impromptu date, which they end in bed. When Dominic wakes up next night Stella is gone. Six years passes by when Dominic and Stella bump into each other again. Can they work things out, or will the past tear them apart once again?

About
Table of Contents
Comments (11)

“LIZA SOBERANO would be so freaking proud of me” Stella said to herself while she is admiring her body in the mirror.

She was wearing a cocktail dress with long lacy sleeves in the color of rich red wine. The dress hugged her body like a second skin and ended in her mid-high.

“Oh my gosh! This would be my first time to dress like this. I’m so so very pretty.” Stella’s doing her poses while seeing herself in the mirror, smiling , making fierce faces. Playing with her dress.

Stella continue to murmur to herself as she turned away from the mirror to put on a six inch heels.

“It was crazy to say yes to this ridiculous proposal. Can i do this? Do i have to do this? Or Am I in the right decision? I hope this could be a succesfull night.” Stella argued with herself and reapplied the last of her makeup.

“Yes, I’m broke, but there are other ways to get the money I need. I’ve survived on my own for this long, why now? Why did I say yes to this particular proposal? Oh my gosh! Am i that desperate to have a money in one night and be a millionaire? I just want to have a comfortable life, balance and be good looking. Have travels to where I wanna go. Oh my gosh! How many times, did I mention that word ” Laughs to herself.

She already knew the answer. But she's still can’t believe that it could be happen this way. The money she’ll get from this one night will be enough to move away and start fresh. She’ll never need to worry about money in her life. She’ll never worry to find jobs that will suit to her and give him hard situations.

“It’s ridiculous that, that Dhinber guy is willing to pay this obscene amount of money, just to spend the night with me. Five million dollars for one night. It’s like, he can’t buy girls in the clubs. Why me? Maybe I’m pretty to handle” She Said to herself, with a sarcastic laugh.

“And I don’t even need to sleep with him. Duh ?! in his Gully bully body, no way! My body is only for my futire husband. Hoping to meet him soonest.” This was the one thing she made sure wasn’t a part of deal. No matter at what price, sex for money was out of the question.

Stella’s phone started ringing. It was time to leave her apartment the safe haven.

“Holly! I’m leaving. I’ll be back before seven in the morning!” Stella yelled to her roommate.

A head full of red hair and feckless looked out of the living room.

“I hope so.” Stella said more to herself than Holy.

“If I’m not back by the time you leave for work in the morning call the police and tell them Dhinber Stree knows where I am. All right?” Holy already turned her back to Stella and only partly listened to what she said. “I’ll do that.”

The reminder of who to blame if one of them disappeared was a routine for them. After all, you can’t trust a blind date that could be turn out to be as awesome as they claim to be. Usually they were older, uglier and less intelligent then their glowing references in either online profile or a friend’s description.

Stella said goodbye to Holly and walked to the nearby bus station where Dhinber told her car will be waiting to take her to the restaurant where she’ll meet the client. The car turned out to be black limousine and Stella was happy as she didn’t have to wait, because her legs were killing her pretty toes.

“How will I ever survive the evening in these shoes?” She thought to herself.

The limo was spacious and Stella felt out of place in it. The back of the car was more luxurious and expensive than everything she owned in the past year combined.

The driver slowly drove away and Stella felt her stomach tighten. She was driving away from the last option to back out of the deal. No more Liza Soberano would be proud of me , thoughts came to Stella’s mind. I mean this wasn’t Pretty Woman and she’s not Liza Soberano. This is real life.

“My life. My life.” Stella slowly said to her hands.

Before she could finish what sounded like her mantra, the driver’s voice interrupted her.

“Miss Pastrana, my name is Miguel and I’ll be your driver for tonight. Mister Stree left a folder for you and told me to tell you everything you need to know about tonight is in that folder.

“You can find the folder on the table.”

Stella noticed the blue folder as soon as Miguel mentioned it. She picked it up and nervously looked at it.

“Thank you Miguel!” Stella said to the driver even though she couldn’t see him.

Few moments passed by without Stella opening the folder. She knew that the minute she opened the folder, tonight will become very real and not a ridiculous proposal she got used to thinking about.

Finally, after the half ride , she found the courage to open the folder and the first thing she noticed was a face of a handsome young man, a very charming face

Hi everyone! This is me Nephira, a new writer here in novelcat. I hope you will support my book as well as the author , through my journey.