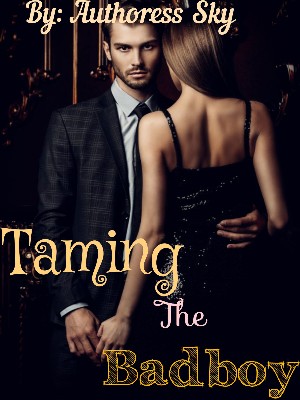 "Announce to the world that I am your girlfriend, or I will do it for you and you won't like the consequences." Nicolette is desperate to get money, even if it implies working for multibillionaire casanova Sebastian Parrish. She thinks working with him will be easy, and that seem to be true until she discover that Sebastian has decided to make her his next conquest. Things are about to turn drastic, when Nicole has no choice but to unravel her hideous character. What will happen when all hell break lose, and neither of them could stop it?

Loud moans can be heard coming out of a particular office.

"Yes that is it, go deeper," A lady moaned as he continue thrusting into her.

Sebastian yanked her hair, and pull her closer to his chest. He squeezed her bre*st and she moan again.

His thrust started getting rough and violent.

"Please stop," she yelp in pain.

But Sebastian didn't listen, he was far gone as his thrust keep getting violent.

He felt his c*m building up, and with one final thrust he released over her, and pushed her away.

He picked up a bundle of cash and threw it at her.

"Get out," he said in his usually cold tone.

"What?" The lady asked in shock.

"You heard me b*tch, get out of my office right now," he screamed.

Sebastian stared at her, on getting a closer look at her, he discover the ugliness she was hiding behind all those fake lashes and makeup.

"If it about the s*x, I can make it better if you let me, I can do anything you want, I will be submissive if you want," she said seductively while running her hand over his member, probably to get him aroused again

"Is your brain too dull or you are too cheap to acknowledged that I am done with you? Your cheap body was to satisfy my urge once, it not enough to do it twice, because I do not sleep with a slut twice," Sebastian said.

"You are joking right? You do not actually mean that I was just a booty call to you, and that you are done with me?" The lady asked.

"Was I smiling when I said all those words just now, or are you too dumb to recognize when someone is being serious?" Sebastian asked.

The lady glared at him for so long, before getting off the table.

"You bastard, I will make you regret this," she said.

She picked up her clothes and head for the door, she opened the door and walked out and almost immediately the door flung open again.

"How long have you been waiting?" Sebastian asked narrowing his eyes at him.

"Long enough to know she is a screamer" Josh said. "You need to make this walls soundproof little brother, I do not want to come here and be a testament to your escapades," he finally settle himself on the loveseat

"Why are you here," Sebastian asked, his voice bare of any emotion.

"Mom is on her way here, she called your phone but you were too busy to pick up," Josh smirk.

Almost immediately, Mrs Parrish walked in with Josh fiance Jenna behind her.

"Welcome mom," Josh greeted, he stood up and kiss him mother on both her cheeks.

Sebastian did the same thing.

His mother grab his face, checking it carefully.

"Oh my poor little boy, look at how thin you are, are you even eating at all?" She cooed dramatically

"First of all mom, I am not your little boy. Secondly, I am not thin, and I am perfectly okay," Sebastian grumbled

"I am your mother boy, which means you can not lie to me," She said.

"By the way what happened to your house help, I noticed your secretary is missing also," she asked.

"Yeah, what happened to them? Josh asked smirking, and Sebastian felt the urge to wipe that smirk off of his face

"They were incapable of the duties they were employed for so I fired them, beside they were already outdated" Sebastian said.

"What do you mean outdated?" Mrs Parrish asked.

"Well I already f*cked them once, twice is not an option, so I sent them away," he said.

"Do you hear yourself son, you slept with your secretary and house help." Mrs Parrish yelled at him.

"Well it isn't my fault that I am too handsome to resist, or that they were a slut from the beginning." Sebastian smirk.

"And what does that make you? A dog? She yelled.

"Why can't you just keep it in your pant, what is happening to you Sebastian?" She narrowed her eyes at him.

"When will you stop acting like a child, and grow up? Why are you trying to ruin our family image? Why can't you just be like your brother and......"

"I told you to stop." Sebastian screamed.

"You do not get to scream at me young man, I am and will still be your mother," she snapped at him.

Mrs Parrish stared at her son, daring him to say one more word.

"Since you do not know how to control yourself, I better start working on replacing those two for you since I am here then," Mrs Rose said beaming. "You do not have a problem working with a male employee, do you?" She asked.

"NO!! YES!!"Jenny, Josh and Sebastian screamed at the same time.

"Which one you is not in support of my suggestion?" Mrs Rose asked.

Jenny, and Joshua point their finger at Sebastian, and he looked away.

"You were saying what exactly, young man?" Mrs Rose asked narrowing her eyes at him again.

He was about to protest but the look in his mother's eyes made him know she was expecting him to refuse.

He could sense she have an underlying mission with what she wants to do, but he shut his mouth still.

She have the power to subdue him, even though he is the CEO of the company.

"Fine, but let me see the list of potential candidate before you employ anyone," Sebastian said, well that is better than arguing with her

"You do not have to worry dear, Jenny and I will make sure you get the very best," she said before waltzing off with a laughing Jenny behind her again.

"Well that is my cue, I better leave now, see you at dinner tonight bro" Josh said patting Sebastian back on his way out.

He did not want to be the one who would face Sebastian wrath, after that showdown, so he ran off immediately.

"F*ck, F*ck, F*ck," Sebastian grumbled. "What mess have I gotten myself into?" He thought as he drop down on one of his loveseat, and dip his head in between his thighs.

Mrs Parrish step out of Sebastian office, and led the way into her own office wing.

She drop her bag on the couch angrily, and turn to look at Jenna.

"He is getting out of hand Jenna," she mumbled.

"He never dare to tell me to my face, that he slept with two of his staffs, but now he has become bold." She said.

"It like he doesn't even have any emotion left in him," She cried.

"I know mom," Jenna place a comforting hand on her mother in-law shoulder.

"I think I have a solution, she would be able to change him for good," Jenna said.