Home/ Top To Bottom [BL Stories] Completed
My first night with the gay totally changed me into a slave... 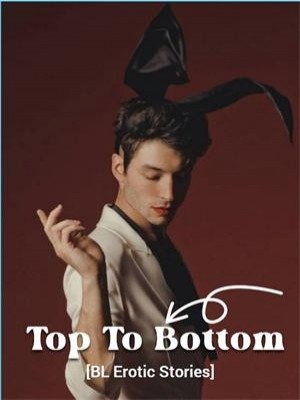 About
Table of Contents
Comments (11)

A few weeks ago, I attended a training conference in Roldwin Head, S.C. The company I work for has multiple locations throughout the southeast and paid all the expenses to the four day program. They were willing to pay at least half of the accommodations or all of it if we were willing to share a room with another company employee. All other expenses, including meals, were paid for as well as a small daily expense account for entertainment.

I'm 29 and my wife and I just purchased our first home a couple of years ago and as you can imagine, we are on a really tight budget. I gladly opted for the fully paid room. I had not actually shared a room with someone since college, but that experience hadn't been so bad. Actually, my college roommate and I have remained good friends since graduation even though we live a considerable distance apart now.

The Roldwin was an oceanfront property with my room overlooking the beach. It was early in the season, so there were not as many bikini clad beauties to view but just getting away from the office was a blessing. It's been a difficult couple of years in sales but we've all weathered the storm and now the company was finally freeing up money in human resources to train us on some of the new product lines.

When I checked in, I saw they had me rooming with somebody from Charlotte, not far from where my wife and I actually live. The bellman took my bags up while I surveyed the hotel – the pool, the restaurant, and finally... the bar. I went ahead and had a couple of beers before I went up to the room to unpack.

When I arrived I saw an open suitcase on the bed nearest the door. The owner appeared to be in the restroom. The TV was on so I sat down on the bed, bundling my pillows behind my back, and waited to meet my new roommate.

I was relieved when the guy who popped around the corner appeared to be a well groomed man, perhaps ten or fifteen years my senior. I announced myself immediately as to not startle him.

"Hi, I'm Will," sticking my hand out in anticipation he would do the same.

"Raleigh," I replied. "You in sales? I saw you were from Charlotte when I was checking in."

"Actually I'm with one of the product lines you're training on this week. I believe your company put some of us together with you guys. And yes, I'm from Charlotte," Earl smiled back.

"I was just about to head downstairs. I believe there is a 'Get Aquatinted' program going on with some appetizers and drinks," Earl informed me.

I figured I could unpack later and Earl and I went down to the lobby and were directed to a room set up with an open bar and quite a spread. I didn't really know anyone with the company and struck up a few casual conversations here and there.

What surprised me though was Earl. It was like he didn't know a stranger as he moved through the crowd striking up conversations with anyone who arrived. He had a strong sense of confidence and a certain charisma. I was already glad he was my roommate.

After the hospitality room closed, Earl and I made our way into the bar where we watched an NBA game and talked more about our personal lives. Looking back, I seemed to do most of the talking as I shared with Earl that my wife Rita and I dated throughout most of college and married when I was 27.

Earl shared he was 38 and divorced. He confided that his busy travel schedule was really a strain on his marriage which ended more than five years ago. Since then, he was in a steady relationship but not tied down to any one person.

I couldn't believe how easy he was to talk to as I seemed to go on and on about college, my job, my marriage. Earl was drinking scotch while I switched back to beers, trying to remember it would be a long day tomorrow listening to speakers throughout the day.

When we arrived back at the room, I began stowing away my clothes when Earl announced he was going to get a quick shower. I surfed the channels on the nice high def TV as I heard the water running in the other room. I had taken up my familiar position on the bed when I was startled with Earl's nude frame walking out of the bathroom.

I'm not a prude or anything and I'm fairly used to guys walking around naked down at the "Y" or even back in school. I was just not accustomed to a total stranger walking around nude in my bedroom. Earl meanwhile was rubbing his head with the towel and then tossed it over into a chair.

My new roommate had his back to me but I couldn't help notice his tanned chiseled frame. There was little doubt he worked out. He reached for a comb in a travel bag on the dresser and brushed back his locks, taking his time before turning and walking over to the bed.

I couldn't help but stare and was startled when he half turned and asked, "My being undressed doesn't bother you does it?" When I wasn't immediately forthcoming with a response, he added, "I'm kind of used to shedding this business attire at home. But if it bothers you, I'll put something on..." he said looking back right at me.

I pretended that I really didn't notice and looked over trying to look disinterested, "No, I'm fine. Hell, we're just guys here. Make yourself at home."

Privately I was shocked. I stared ahead at the TV but couldn't help but see his cock swinging in front out of the corner of my eye. I pride myself in that I have what I consider a nice sized dick. But this guy had some major meat hanging down. I also noticed he shaved his genital area. As a matter of fact both his crotch and chest seemed to be completely hairless and smooth.

Earl walked over and sat down on the bed and hiked a leg up, resting it across one knee.