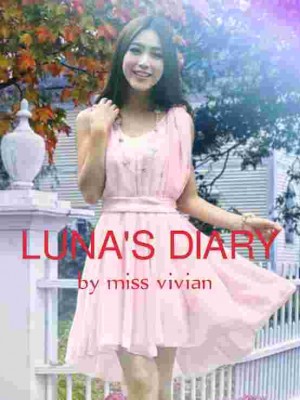 Luna had to let go of her love for Chris... &quot;I'm breaking up with you Chris!&quot; She said. Those words were too heavy for her heart to bare. Chris was heartbroken as she didn't only break his trust but his heart as well. Now, he's sworn to take revenge... Revenge for that betrayal and make her suffer ,to achieve this he joined the army

I walked into my company with my usual cold face.

All my workers stood up in respect.

"Sir! The investors are pulling out and they refused to...." My secretary ran to me but I ignored and walked into my private elevator.

The elevator stopped and I walked straight into my office.

Just then, my secretary came in!

"Sir?" She called and I turned sharply.

"I've told you not to come to me when I'm not in my office! Have you forgotten rule number 12!" I said, my voice coming out coldly.

She shook her head "I'm sorry sir. I thought it was urgent and you should be informed" she said and I banged my table"

"Rule number 6, The word "sorry" isn't allowed in the office" I yelled angrily and she shivered in fear.

"Just say whatever you want and get the hell out!" I groused.

"S...Sir, The investors are pulling out. They refused to sign the contract". She said and I frowned.

"They said, the way you run your company isn't impressing". She said and I scoffed.

"Where are they?" I asked

"In the conference room sir" she said and I stood up and walked out.

In the conference room.....

I walked in and all the investors stood up.

I looked at it and ignored. He stylishly kept it back.

"What we plan on doing" Investor 2 said.

"And what did you plan on doing? Stop investing?" I asked.

"We seriously don't like how you handle this company. We understand that you're a general, but you can't impose it on those working for you. You have many unnecessary rules, and you force your workers to strictly adhere to them". Investor 3 said and I looked at him.

Slowly I stood up and leaned on the table.

"Last time I checked, this is my company. I built it from scratch. I have every right to make the rules. My company my rules. So if anyone feels like a prisoner in my company, then they should leave. it's as simple as that. Now if you all don't want to invest because of my rules, then leave. But we all know that if you back out on this deal, then you all would be loosing a lot of funds because you can't get what you're looking for in any other company apart from mine. The choice is yours gentlemen!" I said proudly and walked away.

Just as I entered my office, I got a call from someone.

"Chris! I've got great news!" He said on the other end.

He scoffed. "Seriously? Fred? Spill.... Can't you be more lively towards me? " he said

"You know this is me and this is what I've become. Just say what ever you want, I don't have all day to listen to you".

"Well, I've found the mole in your company!" He said and my face brightened up a bit.

"Shocking isn't it? So what's his punishment? what are you going to do to him" Fred asked and I did an evil smirked.

"The Usual punishment!" I said.

"I've told you not to call me Chrisy!" I groused.

"That's a yes! I coming over" He said and hung up.

That's Fred for you. He isn't afraid of me.

So Mr Adams is the mole in my company. No wonder I always find him snooping around in my office all in the name of cleaning.

I picked up the telephone and dialed his number.

My door burst open as he rushed in.

"Sir!" He called and I stared at him boiling with rage.

"Come with me! You'll be doing some cleaning in my house". I said and stood up.

"Are you complaining?" I asked and he shook his head.

I walked out and he followed me.

"What are you tryna do?" I asked as I entered my car.

"Are you trying to Sit with me in the same car?" I asked and he shook his head.

"Good! I want you home before me. Not even a minute late". I said.

"Drive!" I said to my driver and we speed off.

I came down from my car and walked inside.

It was Adams! He rushed to me breathing real hard.

"Come with me" I said and began to walk as he followed.

I opened the door to my Torture room.

Yes! Torture room. Don't be surprised. Being a General, I have the permit to torture anybody I want. That's why I specifically made this room for my sworn enemies.

I walked towards my whip and picked it up.

I turned around and saw Adams staring around in fear!

"Do you really think, you can steal from me?" I said. this time, more icily.

I walked towards him drawing the whip along.

"All this time, I've always wondered who the snitch is! Little did I know it was just a mere cleaner" I said.

I stopped walking and stared at him.

"Please sir.... Forgive me" he said going on his knees.

"Forgive?" I said and burst into an evil laughter.

"Should I forgive you?" I asked and he nodded.

"Run! if you think your legs can move fast" I said coldly.

Immediately, he stood up and began to run out.

Just when he was out the door, My boys got hold of him.

"Well Adams, it seems your legs didn't take you far enough. tsk tsk tsk. And oh! You're already sweating, what a coward!" I said as they brought him close to me.

"Let you go? How about I do this first" I said and raised my whip hitting him hard and he let out a scream.

I whipped him again.

"How dare you try to steal from me!" I said angrily and whipped him again.

"Christopher?" I heard my name making me turn.

"What are you doing here Fred!"

"I came to watch the fun! How could you start without me". Fred said and sat down.

"PL... Please sir, help me talk to the general!" He cried in pains.

"Really! I should? You haven't seen the last" Fred snapped and relaxed. "Carry on my friend!" he said.

"Tell me, how dare you steal from me?" I yelled and whipped him triple.

"I swear, it wasn't intentional" He cried and I whipped him again.

"I was sent" He said and coughed. "Someone threatened my life"

That caught my attention! He was sent.

"I.. I ...don't know him" He said and I whipped him out if anger. I could see the whip already tearing his body.

"I'm telling you the truth sir. I haven't seen him in person. He always sends some of his boys" He cried.

"You bastard!" I yelled as I continued to whip him continuously.

"I think he's saying the right thing!" Fred said and I looked at him.

"I mean! if he hasn't seen the Mastermind why punish him.?" Fred said.

"Are you dumb or something Fred! He tried to steal from me!"

"That's exactly what I thought too. But come to think of it, he only did that to protect his life" Fred said.

"I thought you came here to have fun?"

"Yes! And I already have enough of that. Why not let him go and allow them see what you did to him, then whoever the Mastermind would beware!" He said and I thought about it.

I turned to my boys..

"Get him out!" I said sternly and they dragged him out.

"That's my boy!" Fred said and patted my shoulder and I glared at him and walked out.

"c'mon Chris.. You should stop glaring at me. Seriously you're wasting your time. I can never be afraid of you. Read my lips... Never!"

"Really? How about I take you to my Torture room and give you some medicine?"

"We did this together and you know it. I Know how this things work"

"Yes you do! but you're a coward when it comes to army". I said and he snorted.

"That's because I never really liked it. I only did it because of my dad".

Just then, my phone beep.

It was the private investigator I hired.

I smiled as I read the message.

"What's that Chris? I Know that smile!" Fred said.

"First step to my revenge.... accomplished. Let's go pay my Ex a visit". I said and walked out with Fred behind.

"I'll head to the restaurant now" Aunt said to me.

"Alright aunt! I'll join you shortly. I'll just do some cleaning". I said clearing the table.

"Alright dear! Don't stress yourself too much okay!"

"Aunt! please, this is the least I can do to pay you back for all the help you've given me all this years".

"I've told you not to remember the past. You don't have to do anything just to please me. You're family now and you're just like my Daughter" She said and I smiled.

"Foolish girl! I'm running late. Hurry up and join me!" She said rushing g out.

"Yes aunt!" I yelled but she's already out.

I quickly got down to business with the house chores.

In a jiffy, I was done. I hurried up to my room and began to get dressed.

I picked up my purse and my eyes caught something.

I picked it up and stared at it.

This diary was the only thing I talked to after the horrible incident.

Both good and bad. Including The love of my life.

I wonder where he is! Does he still think about me? probably, he'd forgotten everything about me.

I signed and dropped the diary into my luggages and walked out of the house.

Not long, I walked into the Restaurant and as usual, it was filled with people.

I smiled as I walked towards aunt.

"Luna! it's a good thing you came! Help me take the order from those gentlemen" She said and pointed towards a particular direction.

I walked over to the young men!

"Good day Sirs, welcome to K - Restaurant. What can I get for you?" I asked and they both stared at me.

I could feel one of them giving me an intense stare. I mean, this cold type of glare.

"Just get us something soft!" The other said and I turned to leave.

"Luna!" I heard a cold Voice call out my name.

Shivers ran down my spine! How the hell did he know my name? Must be from Aunt.

I turned sharply and looked at him and I saw his eyes darken immediately.

He stood up and walked away.

"Sorry! he's kinda not in the mood" The other man said and ran after him.

I shrugged and walked back to aunt.