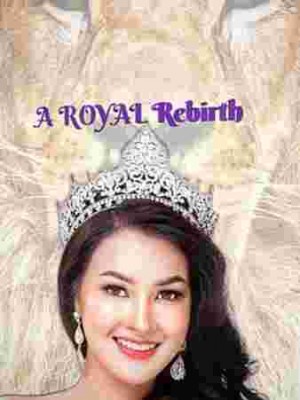 Lucy Foster has desired to fall in love all her life but she has never. At the age of 40, she feared growing old alone and lonely. Her strong desire takes her back in time after she was hit by a car and died, where she gets reincarnated into a 19 year old yet she still keeps her old life memories. As strange as it is, she uses those memories as navigation to make the right decisions this time around. She goes to the university where she falls madly in love from day one with someone who has a mysterious identity. They are inseparable. She makes friends at varsity but one of them will turn out to be her enemy. He takes her along to introduce her to his family and they reject her on the basis that she isn’t their kind and there is an ancient agreement through which her boyfriend Kenneth is already betrothed to non other than one of her varsity friends. Not only does Lucy discover her lover is an heir apparent to the throne but that he is also a lion shifter. Still shocked and confused about her findings, she also discovers that she is also not human as she believed all her life. She has to go through a lot to uncover secrets upon secrets. Will she lose her great love or will she win the battle that threatens to lead to war?

Patricia descended the cobweb strewn and molded old staircase to the library that was hardly used in their castle basement. She was surprised to see the lights perfectly working. She went through thousands of books neatly packed in hundreds of shelves. She had been bored out of her wits since she was on short mid-semester break from her boring university life.

Patricia didn’t have many friends at the University and in the kingdom, but only part time associates who were more like lackeys who only wanted to be friends with her because they knew she was royalty and rich. She knew they were using her as much as she was using them and she had an upper hand.

Coughing as she was wiping off dust and cobwebs from the books which looked like they haven’t been touched in centuries, she wondered why there even was a library in the castle if no one ever uses it.

She walked aimlessly hoping to get something interesting she could read to deal with her boredom. She went from shelf to shelf, her mouth and nose covered with her scarf to avoid getting dust.

She was soon getting annoyed and wanted to go and call the maids to come clean up so she didn’t have to choke on this much dust when her eye caught a very interesting section, “the Ancient decrees”.

Her interest was piqued, she pulled out the dusty leather bound brownish book, dusted it and walked up the staircase to her room. She threw it on top of her reading desk and went to wash her hands and face first.

Plunging into her couch she curled her legs, put on her reading glasses and opened a random page. As if fate was directing her, her eyes fell on a sentence that said; “As part of our treaty and alliance, the royal house of the Northern pride kingdom, has signed a permanent decree with the Western kingdom, that all princesses of the Northern royal family are to be betrothed to the princes of the Western kingdom as long as this treaty stands, unless broken through a blood oath”

“Now that’s interesting!” uttered Pat as she closed the book. She wondered why her parents never told her she had a potential prince charming somewhere. Were they deliberately keeping it from her until she was 21?

After confronting her parents who claimed that they had to keep it from her until the right time, whereas they honestly did not know anything about the decree since they were not part of the ancient royal family but had only become royal through unscrupulous ways their children knew nothing of, she made a research to find out who this prince of the Western kingdom was and what he does in life.

She found out he was 19 just like her and that he was in the Southern university. Her interest got even more piqued. She wanted to know what kind of a person he was, and to get closer to him. She wanted to fall in love with him before they were officially declared betrothed.

Patricia considered herself lucky to know she has a chosen mate somewhere. She wanted to make sure she marked her territory. She begged her parents to take a transfer for her to the southern university citing that she wanted to be away from home and learn the ropes of taking care of herself independently which marked growth.

They agreed and she transferred to her new university. Acting all naïve and innocent, she gained a friend who actually led her to the very person she came in mission for. Prepared to pretend all the way until she snatched him away, her journey began!