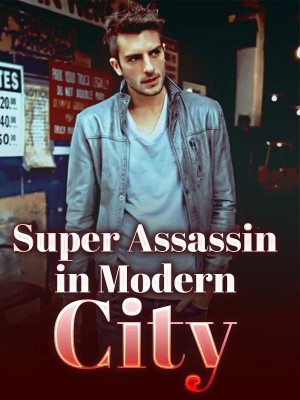 A generational God of Massacre, reborn in the city. He was a cultivator with invincible cultivation, reborn on earth. With great strength, he could sweep everything. The most ordinary pill medicine could cure all diseases, and the most basic of methods became a treasure that defied the heavens. It stepped over the laws of the mundane world and made friends with all sorts of beauties. Ye Qinghuan, the Killing God returned!

"What a young man! How could he get used to this? His whole life would be ruined."

An old policeman shook his head and looked at a young man, sighing with a hint of regret.

The young man was tall and handsome, but thin and pale, looking sickly.

My name is Ye Qinglian, and my wife is Mu Zixi!

Ye Qingyu examined everything around her, as memories kept emerging in her mind.

He had been detained for drugs and had been locked up in a room.

Soon, the door opened and a woman in a light blue dress came in.

The woman was very beautiful. Her skin was as white as snow, her eyes were as bright as stars, and her eyelashes were long. But her expression was very cold.

Ye Qinglian knew this person. It was his wife, Mu Zixi.

Mu Zixi was cold and emotionless.

Ye Qinglian shrugged her shoulders but did not say anything as she followed behind Mu Zixi.

At the entrance of the police station, Mu Zixian finally turned back. Her cold eyes flashed with a hint of sadness and helplessness.

"What did you promise me?"

"A man like you should not have believed it. I can't believe that you really can't take drugs. I am too stupid."

In the past two years, she had been cheated too many times by the man in front of her.

Ye Qing Huan was stunned, and memories came to her mind.

He was addicted to drugs the moment he got married to Mu Zixi. In order to take drugs, he used every means possible, which made Ye Qinghuan, who was honest and silent, even more self-abased and cowardly.

This time, he was also detained due to drugs.

He was no longer the Ye Qinghuan he used to be.

It felt so good to be reborn.

"Ye Qingxin, do you think I will still believe you?"

"Believe it or not."

This was because Ye Qingyu appeared indifferent and confident in front of her.

Looking at the thin and pale man in front of her, who had bright eyes and clear eyebrows, Mu Zixi actually had a brand new feeling.

If only this man could really not take drugs.

Mu Zixi couldn't help sighing in her heart. She didn't dare to ask Ye Qinghuan to be outstanding. As long as she didn't take drugs, she would be satisfied to be a normal person.

"Sigh, lass, don't be fooled. We won't be able to get rid of a person who has inhaled poison."

At this time, the old policeman also came out.

"Right, can people who are infected with this kind of thing believe it?"

Mu Zixi laughed at himself. He almost believed Ye Qing Huan's nonsense again. After two years of marriage, didn't he understand this weak and incompetent man in front of him?

He was completely a waste.

She found a taxi and sat in the passenger seat with Mu Zixi sitting alone at the back.

"Is this my own destiny?"

Mu Zixi and Ye Qinghuan were originally classmates in the university. Mu Zixi was secretly in love with countless college flowers in the school, and Ye Qinghuan was just a yes-man poor boy from the countryside.

Other than her good looks and grades, Ye Qing Huan did not have any outstanding qualities.

What was shocking was that the campus belle, Mu Zixi, actually chose to marry Ye Qing Huan when she graduated from college, which made countless pursuers sigh.

Only Mu Zixi herself knew the only reason why she chose to marry Ye Qinghuan. That was, Ye Qingxin had promised not to touch Mu Zixi after marriage.

Ye Qinglian did it, but perhaps because of long-term repression, Ye Qinghuan was addicted to drugs and became the most hated person of Mu Zixi.

When she got home, there was an old yard, which was the old house left by Mu Zixiaxi's grandma.

Mu Lanxi and her parents fell out with each other because she married Ye Qinghuan, so she moved into this old yard with Ye Qingxin.

After returning home, Mu Zixi went back to her room on her own. She and Ye Qinghuan had nothing to say.

She had completely given up.

He was no longer the Ye Qinghuan he used to be.

He could imagine how Mu Zixi looked right now in the room.

Unfortunately, Ye Qingqing did not have the habit of comforting women.

Ye Qinglian and Mu Zixian slept in separate rooms. When they returned to their own rooms, he fell asleep directly.

By the time Ye Qingyu woke up, it was already evening.

As soon as he opened the door, he heard the sound of splashing water from the bathroom. It was obvious that Mu Zixian was taking a shower.

Clear water trickled down her fair and tender body. Thinking about it, it was truly a beautiful sight. However, Ye Qinghuan was not a lustful person, so she was not impulsive.

Ye Qing Huan didn't lack women. She used to have too many women. But they were all predestined, so no woman walked into Ye Qing Huan's heart.

He had never been a good person.

Ye Qinglian opened the fridge, but unfortunately, there was nothing to eat inside.

Ye Qing Huan was so hungry that she felt helpless for a while. This body was too weak and she felt like she was starved to death after a day's sleep.

Moreover, Ye Qinglian felt that the drug in her body was starting to work.

Fortunately, with his self-control, he could completely suppress these drugs.

Now Ye Qinglian only wanted to wait for Mu Zixi to finish bathing and come out to get him something to eat. He did not want to starve to death.

Ye Qingrong frowned slightly. Mu Zixian had been washed for half an hour and still had not come out.

Ye Qingxin got up and walked to the door of the bathroom. She heard the sound of running water, but there was no sound of taking a bath.

Ye Qinglian was about to push open the door and enter, but found that Mu Zixi was actually locked by the bathroom door.

It seemed that his cheap wife had taken precautions against him.

An incomparably seductive body appeared in front of him. Water flowed down his white skin...