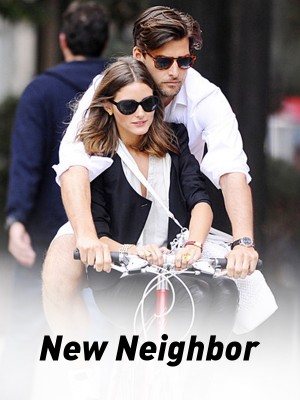 Tori and Autumn are best friends who share a home in San Jose. They’re looking for something more when they meet Brooklyn, A.K.A. Brook, who’s just moved into the neighborhood.<br><br>They check her out at the Independence Day picnic. Later, when thugs try to steal Tori’s car, Brook comes to the girls’ rescue. After the cops take the crooks away, Tori and Autumn invite Brook home to care for her wounds, and then invite her to dinner.<br><br>One thing leads to another, and at some point, all three women discover they all like spanking. Plied with liquid courage, Brook, Tori, and Autumn all end up together in bed. But will it end up being a one-night stand or will affections grow between the threesome?

Tori finally finished dressing for the Independence Day picnic. Staring at the mirror, she patted her tight, tan Western jeans, purple shirt, and kerchief before donning her cowgirl hat. She squeezed her breasts. “Oh, if only they were bigger.” She patted her butt. “But you’re keeping yourself in shape. The healthy diet and workouts are paying off.” She stepped into her boots with the silver tips.

She strolled to the living room where roommate Autumn was naked and vacuuming with the hose between her legs, up high. Tori yanked the plug from the wall, faced Autumn, and scowled.

Autumn complained, “You bitch. I just discovered the vibration excited my clit.”

“No, you unplugged my new toy.” Autumn smirked, throwing a hand to her groin and rubbing it, her long flowing dirty-blonde hair cascading down.

“Autumn, I don’t want to go to the picnic alone. You promised to go, and you’re not dressed.” Autumn had long black shiny hair to her middle back.

Autumn dropped to her knees. “Let me finish.”

Tori watched with her pussy tingling. Autumn swayed side-to-sideShe worked herself up, closed her eyes, and squeezed one breast. Tori sat with patience, enjoying that her best friend was having a good time.

“Eeeeeeeeeeeeee.” Autumn moaned and fell over. With a look of relief on her face, she stood and strode to her room.

Tori followed, glaring like an overseeing mother, as Autumn searched her underwear draw. “Pick something sexy in case you get laid.”

“Damn, San Jose has a million people, so why can’t I find one decent lesbian?” Autumn picked her newest pink panties and matching bra.

Tori and Autumn had been friends for over a decade. When they came out, they tried dating each other, but it didn’t work, arguing too much. They were better off as just friends.

“I’m good at fast dressing. I used to date a married man.” Autumn stuck her tongue out.

“It was my ex-husband you were fucking.”

“And you seduced my ex-husband.”

Tori smirked. “They had no idea we set them up.”

Autumn threw on plain jeans and a polo shirt with a trotting horse on it. “We had to do something to spice things up.” That was when they both were trying to be straight.

Tori moaned. “Damn, I need a good woman. Not a quick fuck, a gal to be with, one who spanks.”

They giggled and headed to the park at the end of the street. Tori crotch-watched women. Tori and Autumn said hi to several neighbors and snuck up to a man dumping soda into a cooler.

Tori grabbed him from behind. “Lee, we want you. We’re going to strip you and do as we please. You’re so sexy.” She grabbed his butt. Autumn pecked his cheek.

He turned into Tori. “I’m also sixty-eight years old. You two are just past thirty, and my wife is standing right here. Oh, you’re both lesbians, remember?”

They laughed. Lee’s wife winked. “Thanks girls, it does wonders for his ego when you do that.”

His wife hugged him sideways.

Lee spoke, “Look yonder.” He pointed to a group at a picnic table. “That young lady is Brooklyn Bartolli, single, served in Iraq, no kids, has a good job with the city. Don’t know if she’s gay or regular.”

Autumn leaned into him. “It’s called straight.Did you get a resume and financial statement for us?”

Lee winked. “Little girl, it does no good for me to catch and pen the game just so you can shoot it. You have to do the hunting yourself. I’m just showing you what pasture she’s grazing in.” He laughed. “Three weeks ago, she moved into the rental house down the block.”

Tori and Autumn sipped sodas, making their way to the BBQ area. Tori giggled. “I hope she is gay. I’d love the challenge of seducing her.”

Autumn sighed. “And what are the odds that either of us will click with this new one?”

Tori countered, “It’s like gold mining. You have to go through a lot of slag to find the good stuff.”

They kept their eyes on the new neighbor from a distance and took in her tight-fitting jeans with the sexy design on the pockets that outlined her hot ass. Brooklyn was almost mannish in her build, taller than the average woman. She had close-cropped hair and a sexy smile. Tori loved Brooklyn’s cowgirl shirt, kerchief, pointy boots, and Western hat

Lee bellowed, “Okay, everyone, paddle time, gather round. Most of you know I’m president of the kids’ baseball league. This year, the funds we raise with the paddle go to the baseball field.”

The crowd buzzed. Autumn and Tori bumped each other and smirked.