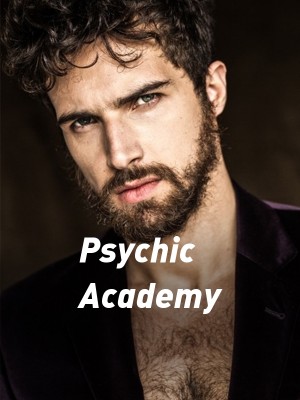 Filled with plot and twisted fantasy. Quest to break a curse that could be broken only by true love. Ignorance of a true personality. Students of a paranormal academy strive to discover a truth known to only three people- two enemies and a protector. How does the queen of utmost power keep her secret from 6000 desperate beings- the secret that determines her survival.

Not that I was eager to leave. Argh! I mean I'll give anything to stay with my family. But I really needed to go.

It's where I would be safe. They would protect me there. At least that's what Xavier said.

Well, I'm sure you'lld like to know why I have to go to PSYCHIC ACADEMY- the academy of the paranormal. Yeah, so things started to get weird when I was in grade 12. Not like things weren't odd for me earlier. I mean, I was found by the cops when I was eight, said I was covered in blood and on clothes which were worn only in the 1800's - that was eight years ago.

Actually, before that. I don't remember anything. Isn't that weird enough? I was put up for adoption a year later when no one claimed me.

My foster parents had to determine my age through series of carbon dating tests.

I used to attend Genius College until one unfortunate morning as I would like to call it.

'Mrs Annette is ill' Ada came in to announce.

'it's free day everybody' I chorused.

'we have a substitute'

Mrs Daisy, that's what she called herself- our substitute teacher.

Then, she had these wings and none seemed to notice a thing, she started coming close to me, raising her sharp claws to my neck. Then, I screamed, and then poof! Like a dream- she disappeared.Since then, everything started going crazy.

I met this really wierd guy. Well, more like he found me. His name is Xavier. He became my really good friend.

He told my parents That I had magic and said stuff like me being hunted by magical beings.

This whole idea of magic still seemed crazy to me. Even after performing telekinesis a few times

though all of it unintentional

, I still found it difficult to come to the terms with the fact that magic exists.

didn't want me to enroll in this paranormal academy until last week, I nearly hypnotized Denise, my little sister permanently. It was then we made the decision to let me go before I dissolved anyone else.

'they'll help you control your powers and teach you how to use it'- that's what Xavier said after the incidence.

So, here I am downstairs at our house waiting for mom, dad and Denise to see me off before I go off with Xavier.

'coming honey' mom called from upstairs. They were down in no time.

'you sure you packed all your needs, your socks, blankets. It might be cold out there. Gosh! goodness knows what they'll feed you' Mom said nervously.

She had always been the overprotective type right from the start.

Mom and Denise were crying.

'do you really need to go. I know what happened last week was a mistake. You would never hurt me on purpose. Can't you just beg Xavier to let you stay?'. Denise cried.

She gave me a big hug.

'you are the best baby sister in the world and you know what? You're gon' make an amazing big sister.'

I placed my hand on mom's protruding belly- the baby would be due in no time. 'i wish we'd met before I left. We'll meet someday- I guess.'

At that moment, the baby turned.

'c'mon guys. Kim, you ready? The bus would be here in no time' Xavier said.

If I looked back, I would probably break down. So, I just turned and left with Xavier. I'm probably stupid right?

Probably the last time I'lld be seeing my family and I messed it up.

I've lived with this family since I was nine, never been away from them for over two days.

I looked at Xavier.

'you are a smart girl, you will do just fine.'

This marked the beginning of an adventure for me and this experience was going to change my whole life as well as who I was.