Home/ And This Is Ed Completed 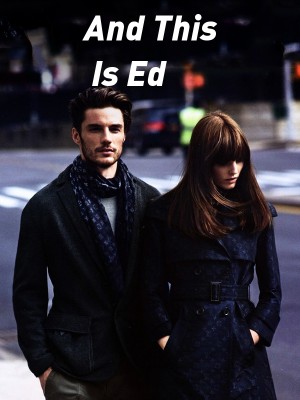 And This Is Ed

Ed Kaehler is a laidback guy. He manages the housekeeping department for his building, endures insults from some of his fellow managers, and takes care of the elderly in his spare time. Some may consider his life to be lacking something, but there’s more to Ed than meets the eye.<br><br>The new facilities director, Titus Leung, discovers this when he goes out of his way to make friends with Ed. But then, Ed finds out that the main reason Titus befriends him is because of a stupid bet. A punch, a knee to the groin, and some choice words settle the matter, and now Titus has to figure out how to get Ed to forgive him.<br><br>That might be asking a lot from a man who’s been hurt too many times. But with the help of Ed’s favorite non-profit, anything is possible.

I feel invisible, most days. I work in an office so deep in the bowels of my building, it makes that guy from the movie Office Spacelook like he works in a castle.

Okay, so yes, I managed the housekeeping staff, and our supplies were housed down there, too, but still. Whenever I attended a head-of-department meeting on the top floor, most of the other managers treated me like the bastard child of a hundred crazies, or whatever. No wonder Freddie Krueger went nuts.

It was the same at office parties. I would be introduced to a new staff member as, “Oh, and this is Ed.” Then someone would inevitably crack a joke about needing to take out the trash and hand me an empty can. I was rarely amused but I never reacted.

My job wasn’t glamorous. Fine. I’d like to see themtry to do if for eight hours. There were times I thought that I’d get my revenge by not having offices cleaned for a day or two, just to see how they liked it. But then my sense of duty would overcome my vindictiveness. Damn it.

One of my other sins, apparently, was that I didn’t talk much about myself. I flew under the radar at work, and remained calm in the face of the worst insults they could invent. My “peers” assumed that, because I didn’t drive a fancy car or brag about a big screen TV or hot date, that I should be written off as uninteresting. What could I possibly have to offer, or some such nonsense

The truth of it? I was a private person, and I didn’t feel the need to spread my personal stuff around to all and sundry. Because of that little quirk, I was labeled a nonentity and boring. Barely tolerated, as though I didn’t have any right being treated as an equal. I was a pretender, in their eyes.

It wasn’t everyone, really. Mainly the maintenance and security heads and assistants who gave me the most grief. But I could handle their ignorance and childish behavior. I knew who I was, and didn’t need their approval or to be part of their “in” club. Though it would be nice not to have my guard up all the time at work, bracing for a taunt of some kind.

My mother used to say, “Forget that crap about limes and lemonade. Oranges are much sweeter!” Whether or not I’ll ever fully understand that gem of wisdom, I simply went my own way, did my job well, and sidestepped the idiots whenever I could.

Thus, when an anomaly in my sphere of existence showed up one day, I was totally unprepared for my world to be turned upside down.

“I’d like you all to meet Titus Leung, our new facilities director.”

I’d been sitting in the back row of the conference room, trying to keep my eyes open as the senior property manager—she had a piece of spinach between her teeth to add to her allure—droned on and on in our weekly Tuesday afternoon meeting, when suddenly, I was wide awake.

The man who stepped up to the front of the room was exceptionally fine. He appeared to be about five-feet-ten inches tall, same as me. He was dressed in a suit, though his jacket was hanging open and he didn’t wear a tie with his snug-fitting white shirt. His gray eyes socked me in the stomach when we briefly stared at each other, but his gaze continued to roam the room, taking everyone’s measure before returning to Barb.

His hair fell in raven waves around an oval face and sharp chin, a few gray strands peeking out here and there. Cheekbones well-defined, eyes tilted upward at the corners, a walking wet dream. From the looks of it, his body didn’t have an ounce of fat to spare.

Titus had that annoying, confident smirk that advertised “macho jock” in large block letters. I was sure he would fit right in with all the other wannabe “manly” managers in no time, but if I had to guess, I’d say he wasn’t faking it at all. Hot, confident, successful, studly. He’d probably played some sport or other in high school and college. I was completely blindsided and knew I didn’t have a chance in hell with a guy like that.

“Titus,” Barb continued, “comes to us from Crescent One, a class ‘A’ building, where he spent five years in a similar position. His experience will come in handy as we gear up to make our building great again!” She actually clapped her hands and hopped. Barb had never done that before. Who was this pod person? Maybe for her, Christmas had come early.

Regent Place 100 had been built in the seventies. It was a forty-floor building that had once been first class, ahead of the game and spectacular. Of late, it had begun to decline, and the veneer had lost its luster. Barb wanted to change that and bring back the sparkle to Regent. I hoped Titus wouldn’t throttle her before the end of the week.